SYDNEY--Rio Tinto PLC said it is seeking the resignation of the chairman of Energy Resources of Australia Ltd., citing differences over the approach to rehabilitating the tapped-out Ranger uranium mine in northern Australia.

Rio Tinto said ERA Chairman Peter Mansell should step down as the small mining company had failed to put forward an acceptable funding solution to meet its obligations to rehabilitate the Ranger site. Rio Tinto owns around 86% of ERA's stock.

"Rio Tinto has remained deeply concerned that the opposition to further uranium mining on the land of the Mirarr People, the traditional owners of the area, has not been appropriately recognised in any funding proposals put forward by the Independent Board Committee" of ERA, said Rio Tinto on Monday.

The open-pit Ranger mine, surrounded by the Kakadu National Park in the Northern Territory, produced more than 132,000 metric tons of uranium oxide across four decades before mining ceased. In February, ERA estimated the cost of rehabilitating the mine at between 1.6 billion Australian dollars (US$896 million) and A$2.2 billion.

The rehabilitation cost has strained ERA's finances. In July, ERA said it had been engaging with major shareholders about a possible A$300 million capital raising to continue its rehabilitation work through 2023, with new shares to be offered at a 10-15% discount to its share price. However, Rio Tinto balked at the terms.

"There remains a strong difference of opinion between Rio Tinto and the IBC on the terms of rehabilitation funding, with the IBC's view that successful rehabilitation could underpin potential future growth opportunities, despite the Mirarr People's long-held opposition to further uranium mining on their country," said Kellie Parker, Rio Tinto's country head in Australia.

Rio Tinto has become more sensitive to its relationships with traditional land owners following the destruction of two ancient rock shelters in Australia's minerals-rich Pilbara region in 2020 that were culturally significant to a local indigenous group. The Juukan caves disaster led to the removal of Jean-Sébastien Jacques as chief executive and the ouster of other senior executives.

Write to David Winning at david.winning@wsj.com 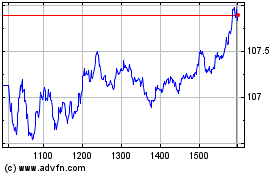