0.8173
0.0165 (2.06%)
Real-Time
Market Open
0.8173
Avalanche (AVAX) Poised For 25% Rally Ahead Of Seoul Web3 Hackathon
05 August 2022 - 03:50AM
NEWSBTC
Avalanche (AVAX) price is seen to soar by 24% or $32 within its consolidation period. A breach projected overshooting the descending parallel channel would nudge AVAX closer to its hurdle or resistance level at $25. After AVAX was able to maintain support at $22.50, a bull run is anticipated to happen. Avalanche was recently rejected at $25 due to strong selling activity which precipitated a rebound seen in the last week of July. The challenge here lies with AVAX ability to soar above the descending parallel channel to stir up a spike of 24% from along the neckline of the inverse head-and-shoulders (H&S) pattern. Chart from TradingView.com Related Reading: Polygon, In Steady Bullish Trend, Could Jack Up MATIC To $1.5 Can Avalanche Slice Through Resistance At $25? To establish the bullish reversal following the token’s slump in the last couple of month, AVAX price retested the $25 resistance levels twice without breaching it. The token nosedived a bit from July 22 to 26 giving way to an inverse H&S pattern, which when validated, may pump up AVAX price by 25%. However, AVAX price will have to breach the descending parallel channel giving the token enough force to slice through the resistance at oHo $25.00. More so, AVAX should also maintain its price above the 50-day SMA to deter bearish corrections in the range between $22.50 and $19.50. The social significance or social volume metric of AVAX has spiked immensely as seen in the period from July 26 to August 3  implying a bullish momentum as AVAX is gearing up to move at the support seen at $22.50. Increased Investor Interest With Upcoming AVAX Hackathon The token’s supposed rally towards $32.00 could happen with the increase in investor interest. Meanwhile, the launch of Avalanche’s hackathon happening in Seoul is a widely anticipated event as it brings together the most popular and reputable icons in Web3 such as Tracey Bowen, Mark Shim, and others. The event is set to happen from August 11 to 12 which is said to trigger an uptrend for AVAX price shooting for $32. According to CoinMarketCap, Avalanche price is showing a bearish stride as it faces resistance noted at $24.09 and support spotted at $22.99. Currently, AVAX price has dropped by 2.65% or $23.27. Daily chart for AVAX price shows the token has been on a decline as the buyers were not able to punch the prices to surpass the resistance level of $24.09. Additionally, a head and shoulders pattern has also formed which means the prices can plunge back to the support of $22.99 and resistance of $24.09. Related Reading: Meme Coin CateCoin Silently Balloons Over 250% – Time To Buy CATE? Crypto total market cap at $1.03 trillion on the daily chart | Source: TradingView.com Featured image from AAX Academy - Chart from TradingView.com
Polygon (COIN:MATICUSD)
Historical Stock Chart
From Sep 2022 to Oct 2022 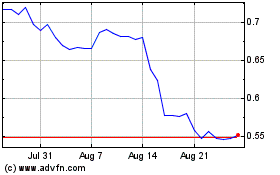 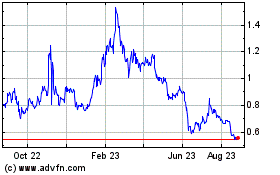 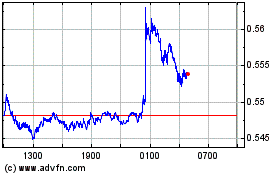