24.23
0.180 (0.75%)
Real-Time
Market Open
24.23
Amid FTX Rumors Tether’s USDT Peg Of $1 Wobbles – What’s Going On?
11 November 2022 - 12:18AM
NEWSBTC
The crypto market still seems to be in the grasps of FTX and Alameda. Currently, rumors are circulating that Tether’s stablecoin USDT might be more affected by the downfall of FTX than it would like to admit. Moreover, there currently seems to be an attack on USDT as a result of which Tether (USDT) briefly lost its usual peg to $1. The largest stablecoin by market cap was trading below $0.9400 temporarily at Kraken, other exchanges saw minor deviations. Sam Bankman-Fried company Alameda, which borrowed $250,000 USDT from Aave and exchanged it on Curve this morning, may be behind the attack. The address is clearly attributable to Alameda. Related Reading: Bitcoin Plunges To $15,700 As Binance Rejects FTX Takeover – Levels To Watch Speculation on Twitter has it that Alameda is trying to initiate a USDT depeg with his on-chain visible transaction to trigger fear. He could sell USDT short, though it is not clear at this time what the company’s total trading position is. Some voices in the crypto community suspect that the strategy is multi-layered and a huge attempt to get everything back in a single trading attempt. Anonymous trader “Hsaka” provided the following thesis on Twitter: The 250k usdt short is not the most important move imo, more about the second order effect re usdt perps and related positioning around that Especially assuming it is the ~$300m ftx withdrawal entity that still holds $100m+ usdt. I still don’t know anything about CEX activity. alameda trying to initiate a usdt depeg with a smol 250k onchain visible tx that will generate fear usdt pairs start risingsolusdt perps that had been giga shorted squeezealameda owns a lot of solsell post squeeze, usdt recovers, profit? ALL SPECULATION. I AM A CLUELESS WOLF https://t.co/tNoocbUnzO — Hsaka (@HsakaTrades) November 10, 2022 FUD Is Nothing New For Tether At the same time, voices are increasing that the aggressor specifically wants to spread FUD in order to trigger a similar run on Tether (USDT) as on FTX and its FTT tokens. However, a short-term decoupling from the dollar peg is nothing new for Tether and was always a reason for haters spreading rumors. Related Reading: JP Morgan Predicts Bitcoin Crash To $13.000 Due To Cascade Of Margin Calls Tether CEO Paolo Ardoino was quick to dismiss any rumors. Already yesterday, Tether released a statement in which it assured that it had no exposure to FTX. #tether processed ~700M redemptions in last 24h.No issues.We keep going. — Paolo Ardoino 🍐 (@paoloardoino) November 10, 2022 After the LUNA crash, Tether briefly grazed $0.90 and restored its peg within a couple of hours. Due to the removal of Alameda/FTX as the main USDT market maker and minter, there may be temporary major deviations. People are not taking any chances and selling USDT for USDC or BUSD, just in case. Alistair Milne, CIO of Altana Digital Currency Fund, commented: Tether has been FUD’ed and attacked longer than FTX has existed. They endured a bigger bank run than FTX and passed with flying colours. Perhaps there’s a different reason they get so much attention while FTX got a pass? Other voices believe that the rumors will not lead to a full, prolonged depeg if Tether is indeed hedged 1:1, as evidenced by the reserves. Even Vitalik Buterin spoke up and defended Tether. I have to admit, I’ve been very critical of @Tether_to in the past, and their transparency is still not nearly what I think an asset-backed coin should have, but especially given what’s happened to so many other big-money hotshots this bear, they’ve exceeded my expectations! — vitalik.eth (@VitalikButerin) November 9, 2022
Solana (COIN:SOLUSD)
Historical Stock Chart
From Jan 2023 to Feb 2023 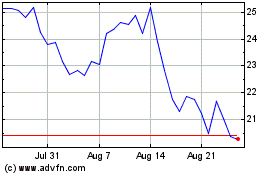 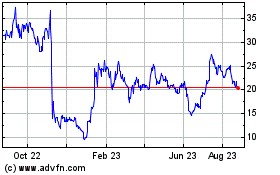 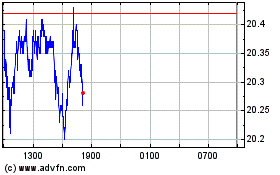