0.38726
-0.00763 (-1.93%)
Real-Time
Market Open
0.38726
Ripple Gains While Bitcoin Remains Below $20,000
23 September 2022 - 08:18PM
NEWSBTC
A recent plunge pushed Bitcoin below the $19,000 mark, but it gradually recovered. This action followed its 6% gain as of yesterday. Meanwhile, Ripple Coin (XRP) seems to be among the notable digital tokens in the bullish trend. Investors incurred huge losses due to the ongoing crypto winter. Many believed that the Ethereum Merge would halt the market’s bearish trend. On the contrary, most altcoins, including BTC, depreciate their prices. Related Reading: What Ethereum Can Bring On The Table For ETH Investors In Q4 Bitcoin Fails To Jump Above $20,000 Last week, Bitcoin made some promising moves toward the $23K price level. But, unfortunately, that was where its bullish journey ended. From then up to now, the crypto market condition has not been pretty, particularly for investors. Following the introduction of the U.S. CPI numbers, BTC lost a few more thousand, dropping to the $20K price mark. It maintained this position for a couple of weeks until it rose to about $20,500 on Sunday. That looked like a start for a bullish move until Monday when its price dropped massively, hitting the $18,300 price level. The three-month low became its lowest bearish benchmark. As of September 20, BTC gained some push to arrive at $19,500. The 24-hour growth of 1.72% reduced its weekly losses to around 10.90%. While this seems like a good price movement, the token and the crypto market remain in the red zone. Recently BTC fought to regain the $19K price. It made some bullish movements at the time. Unfortunately, BTC has lost about 2% of its value in the last 24 hours. Chances are that it will plunge even further before the close of the market. The token is now down to 39.4% regarding its dominance over other digital tokens. Meanwhile, its market cap has dropped to about $360B. Ripple XRP Growth Amid Bear Market Amid the bleeding market, XRP (Ripple) seems to be in the spotlight among the gainers. Its growth can be traced to the recent event between Ripple Labs and the SEC. Ripple trades at $0.4, a 10% increase in the last 24 hours. Following the Monday red zone parade, several other digital currencies gained some bullish push yesterday. Unfortunately, the green glory didn’t last for many of these digital tokens, according to today’s market watch. Among the digital assets with the highest losses was Ethereum. The Merge, as many believed, was meant to take Ether to some green heights. While that is probable, Ethereum is currently plummeting to an unknown price level. Related Reading: Polygon (MATIC) Downward Trajectory Faces Resistance At $0.94 Level A few days back, Ethereum traded at just over the $1,600 mark. Days later, it went down to a little below $1,300. At the time of writing, Ethereum trades at $1,311, around a 1% decrease in the last 24 hours. Featured image from Pixabay, chart from TradingView.com
Ripple (COIN:XRPUSD)
Historical Stock Chart
From Nov 2022 to Dec 2022 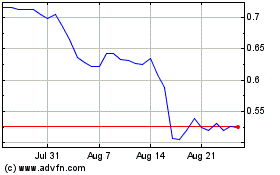 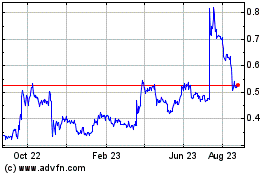 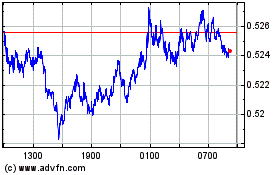