“The performance of the Air France-KLM Group over the first quarter of 2022 confirms that recovery is here. In spite of a challenging context, with the continued effect of the Omicron variant, the situation in Ukraine and the sharp increase of fuel prices, the Group posted once again a positive EBITDA and recorded strong bookings for the following quarters. March was notably very encouraging with a significant increase in demand for corporate and premium traffic, complementing the already strong leisure and VFR (visiting friends and relatives) demand across our worldwide network. This paves the way for a successful summer season in all our activities, which we continue to strengthen through our extensive transformation plan.”

Context:The start of the First quarter was hampered by the Omicron variant, mainly on the short and medium haul, while the outbreak of the Ukraine war resulted in higher fuel price and a slowdown in bookings during a very short period. The recovery accelerated in March with highly dynamic bookings for the summer season.

CapacityIn this recovery context, the Group expects capacity in Available Seat Kilometers for Air France-KLM Network passenger activity at an index in the range of:

All indices compared to the respective period of 2019.

Capacity in Available Seat Kilometers for Transavia is expected at an index above 100 for the second and third quarter compared to 2019.

CashAs of March 31 2022, the Group has a sufficient 10.8 billion euros of liquidity and credit lines at disposal.

Full year 2022 Net Capex spending is estimated at circa 2.5 billion euros, which is 80% fleet & fleet related and 20% related to IT and ground.

Air France-KLM made progress on the equity strengthening measuresThanks to KLM's strong performance, KLM's State backed RCF has been partly repaid on May 3rd for 311 million euros. In addition, KLM expects to strengthen its balance sheet with positive results. Further equity measures are being contemplated for the coming year.

Progress has been made on refinancing up to 500 million euros of Air France’s assets, mainly through quasi-equity instruments to redeem French State aid. Air France is currently engaged in advanced discussions with various partners.

The Group is closely monitoring capital strengthening measures such as a capital increase with pre-emptive rights for shareholders, as well as the issuance of quasi equity instruments such as straight and convertible perpetual bonds, to further restore equity and accelerate the State aid redemption. In total, these measures including the refinancing of Air France’s assets could represent up to 4.0 billion euros. The timing and sizing of each transaction will depend on market conditions and remain subject to the approval of the European Commission as well as legal and regulatory approvals.

Air France-KLM Group: Q1 results are promising and pave the way towards a strong summer

First quarter 2022, capacity in Available Seat Kilometers (ASK) was 56.5% higher than last year and at 75% of 2019 First quarter level which was in the middle of the Group’s guidance provided during the Fourth quarter 2021 results presentation.

The beginning of the First quarter was impacted by the spread of Omicron variant and additional travel restrictions, with the short and medium-haul routes more impacted. The borders reopening and progressive removal of travel constraints enabled the Group to post strong March results.

In response to the rise in fuel prices and other external costs, the Group proceeded to different fares increases during the first quarter on all its long-haul flights. The amount of the increase varies according to destination and class of travel, and applies to flights operated by Air France and KLM. First quarter 2022 yield was above 2019 thanks to strong demand and the quick implementation of the fares adjustments.

The First quarter result is driven by a strong performance on Caribbean & Indian Ocean, Africa and South America:

During the First quarter, Air France added three Airbus 350-900, two Airbus A220-300 and one Embraer 190 to its fleet while Air France phased out one Boeing B777-200, one Airbus A320, two Airbus A319, three A318 and two Embrear 145.KLM phased in two Embraer 195 E2 and phased out one Embraer 190. The Group will continue to introduce new generation aircraft to its fleet in order to improve its economic and environmental performance.

Cargo: Increase in yield drove the increase in cargo revenues

Compared to the First quarter 2021, capacity increased by 10.7% in Available Ton Kilometers, mainly due to the increase in belly capacity, while traffic decreased by 14.9% resulting in a decrease of load factor by 17.8 points. This reduction in load factor partly compensated by the yield increase led to a unit revenue per ATK down 6.1% at constant currency.

The Group ordered four Airbus 350 full freighter to strengthen his presence on the cargo market and signed a contract with DHL on Sustainable aviation fuel.

The Operating result was negative at 92 million euros, although improved by 28 million euros compared to the First quarter of 2021.

The fleet of Transavia is approaching 100 aircraft to further capture the strong demand of leisure traffic in Europe.

Air France-KLM entered into exclusive negotiations with CFMI for the engine configuration of its future Airbus A320neo family fleet.

The first Quarter 2022 accounts are not audited by the Statutory Auditors.

The results presentation is available at www.airfranceklm.com on May 05, 2022 from 7:15 am CET.

Bridge from EBITDA to Financial capacity

* Restated figures include the change in accounting principles for pensions (interpretation of IAS19)(1) The capacity produced by the transportation activities is combined by adding the capacity of the Passenger network (in ASK) to that of Transavia (in ASK).

NB: Sum of individual airline results does not add up to Air France-KLM total due to intercompany eliminations at Group level 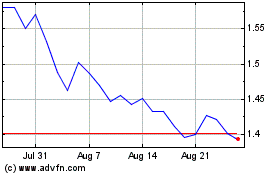 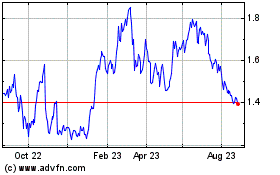