Alector, Inc. (Nasdaq: ALEC), a clinical-stage biotechnology company pioneering immuno-neurology, presented encouraging results from the company’s INFRONT-2 Phase 2 clinical trial of AL001 at the 14th Clinical Trials on Alzheimer's Disease (CTAD) conference taking place virtually and in Boston. AL001 is a potential first-in-class monoclonal antibody designed to elevate progranulin, a key regulator of immune activity in the brain. Decreased progranulin levels due to genetic mutations are a known cause of frontotemporal dementia (FTD), a rare and rapidly progressing neurodegenerative disease that is the most common form of dementia for people under the age of 60. AL001 is initially being developed for the treatment of adults at risk for or with symptomatic FTD due to a progranulin gene mutation (FTD-GRN).

The INFRONT-2 Phase 2 clinical trial was designed to assess the safety and tolerability of chronic dosing of AL001 in symptomatic FTD-GRN patients treated for up to 96 weeks. Highlights from the presentation included observations that:

“The consistency of the activity observed with AL001 in patients with frontotemporal dementia with a progranulin gene mutation across multiple measurements of disease is very encouraging. As we look across the physiological changes in the FTD-GRN brain that we know occur once symptoms are present, we see signs of AL001 having an impact by elevating progranulin, improving biomarkers of lysosomal and immune system function, reducing soluble and imaging biomarkers of brain injury and disease, and appearing to slow the cognitive decline typical of this population,” said Sam Jackson, M.D., interim Chief Medical Officer of Alector. “We look forward to reproducing these data in our placebo-controlled INFRONT-3 Phase 3 clinical trial of AL001 in FTD-GRN, and to exploring the potential of AL001 to improve outcomes in other neurodegenerative conditions in which progranulin is known to play a role.”

Alector is actively enrolling the INFRONT-3 Phase 3 pivotal clinical study of AL001 in at-risk and symptomatic carriers of the progranulin mutation causative of FTD. The global randomized, double-blind, placebo-controlled study is designed to assess the efficacy and safety of AL001 in inhibiting disease progression with the primary endpoint, CDR® plus NACC FTLD-SB scale. AL001 is also being studied in FTD patients with a C9orf72 mutation, and in a randomized Phase 2 trial of patients with amyotrophic lateral sclerosis (ALS) with a C9orf72 mutation. AL001 is being developed in collaboration with GSK.

INFRONT-2 Phase 2 Clinical Trial ResultsThe open-label study was designed to assess safety and tolerability of chronic dosing of AL001, as well as gathering data related to pharmacokinetics and pharmacodynamics, exploratory biomarkers of pharmacologic activity and efficacy. INFRONT-2 included three cohorts of FTD patients: asymptomatic FTD-GRN mutation carriers, symptomatic FTD-GRN patients, and FTD-C9orf72 patients. Data presented today during the Oral Communications session at CTAD focused on the symptomatic FTD-GRN cohort and included 12-month data for up to twelve patients who received 60 mg/kg of AL001 every four weeks. As of the data cut, ten FTD-GRN patients had completed twelve months of treatment, and data presented today include those study participants (at least 9) who were able to complete all assessments.

Overall, AL001 was well tolerated in the Phase 2 study. Twenty-seven study participants from all three cohorts of the INFRONT-2 trial were assessed for safety. Fifteen of the 27 reported mild adverse events (AEs), and three participants experienced serious AEs but none of the serious AEs reported were attributed to treatment.

AL001 treatment of symptomatic FTD-GRN patients resulted in rapid and sustained increases in progranulin whether measured in the plasma or CSF. Mean progranulin levels doubled from baseline and achieved normal levels comparable to those of an age-matched procured control group.

Changes in biomarkers from baseline to 12-months suggest that AL001 restores normal lysosome and complement function in FTD-GRN patients. Over the course of treatment with AL001, biomarkers of lysosomal function (CTSD and LAMP1) and complement activation (C1QB), which were elevated in FTD-GRN patients at baseline decreased to levels comparable to an age-matched control group. Mean levels of neurofilament light chain (NfL) remained stable over the course of AL001 treatment in both plasma and CSF.

Astrocytes are the most abundant cells in the adult central nervous system. When injury or disease are present, astrocytes become reactive (known as astrogliosis) and glial fibrillary acidic protein (GFAP) levels increase. GFAP has been identified as a prognostic marker in FTD patients(2), and elevated levels have been associated with disease severity. In the INFRONT-2 Phase 2 study, symptomatic FTD-GRN patients showed elevated levels of GFAP at baseline, and over the course of treatment with AL001, GFAP levels decreased to be within the range of an asymptomatic FTD-GRN cohort.

In order to provide context for the clinical outcome observed in the open-label INFRONT-2 study, a matched control cohort of FTD-GRN participants from the Genetic FTD Initiative (GENFI2) was created using propensity score matching. A total of ten GENFI2 patients were identified whose baseline cognitive assessment scores and characteristics were comparable to those of participants in the symptomatic cohort of the AL001 Phase 2. Researchers were blinded to the one-year follow-up data from the GENFI matched control cohort. Cognitive assessment was measured using the CDR® plus NACC FTLD-SB scale, a standard FTD clinical rating instrument that assesses cognitive, functional, behavioral and language impairments over time. The CDR® plus NACC FTLD-SB scores in the GENFI2 matched control group had a projected annual increase of 6.4 points from baseline over one year. By comparison, the projected annual increase in the AL001 cohort (N=12) was estimated at 3.3 points over one year, representing a 48 percent decrease in the rate of clinical progression for patients treated with AL001. The CDR® plus NACC FTLD-SB scale is the primary endpoint being used to measure AL001’s efficacy in Alector’s ongoing INFRONT-3 Phase 3 clinical study.

Conference Call InformationAlector management will host a conference call to review and discuss data presented this week for four of its pipeline candidates at CTAD and at the Society for Immunotherapy of Cancer (SITC) today at 4:00 p.m. ET. Analysts and investors are invited to participate in the conference call by dialing (888) 705-0365 from the U.S. and Canada or (415) 817-9241 internationally and using the conference ID 2065957. The live webcast can be accessed on the investor page of Alector’s website at investors.alector.com where a copy of this week’s CTAD and SITC data presentations have been posted. A replay of the webcast will be available on Alector’s website approximately two hours after the completion of the event and will be archived for up to 30 days.

About the Phase 3 INFRONT-3 Clinical TrialThe pivotal Phase 3 INFRONT-3 study is a randomized, double-blind, placebo-controlled trial designed to evaluate the efficacy and safety of AL001 in treating symptomatic patients with FTD and people at-risk with FTD due to a progranulin gene mutation (FTD-GRN). The study aims to enroll up to 180 progranulin gene mutation carriers across approximately 50 sites in the United States, Europe, and the Asia Pacific Region. Participants will be randomized to receive AL001 or placebo intravenously every four weeks for the duration of the 96-week study and will be given the option to continue receiving treatment in an optional open-label extension study after the 96-week treatment period.  The primary endpoint of the pivotal Phase 3 trial is the effect of AL001 on clinical decline by utilizing the CDR® plus NACC FTLD-SB scale, which evaluates clinical impairments in behavior, language, orientation, memory, judgment, and functional activities in trial participants. In addition, the trial will assess secondary clinical endpoints of clinical status, cognition and function, multiple biomarkers, and safety.

About Frontotemporal DementiaFTD is a rare neurodegenerative disease, but it is the most common form of dementia for people under the age of 60.  It affects an estimated 50,000 to 60,000 people in the United States and roughly 110,000 in the European Union, with potentially higher prevalence in Asia and Latin America. There are multiple heritable forms of FTD, and FTD-GRN patients represent 5% to 10% of all people with FTD. Patients with FTD frequently develop symptoms such as behavioral changes, lapses in judgment, and diminished language skills when they are in their 40’s and 50’s with the disease running its course in 7-10 years. There are no FDA-approved treatment options available for any form of frontotemporal dementia.

About AlectorAlector is a clinical-stage biotechnology company pioneering immuno-neurology, a novel therapeutic approach for the treatment of neurodegenerative diseases. Immuno-neurology targets immune dysfunction as a root cause of multiple pathologies that are drivers of degenerative brain disorders. Alector has discovered and is developing a broad portfolio of innate immune system programs, designed to functionally repair genetic mutations that cause dysfunction of the brain’s immune system and enable the rejuvenated immune cells to counteract emerging brain pathologies. Alector’s immuno-neurology product candidates are supported by biomarkers and target genetically defined patient populations in frontotemporal dementia and Alzheimer’s disease. This scientific approach is also the basis for the company’s immuno-oncology programs. Alector is headquartered in South San Francisco, California. For additional information, please visit www.alector.com. 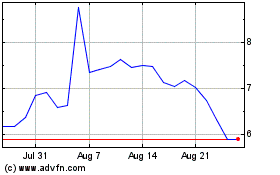 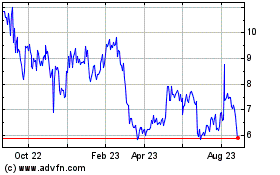 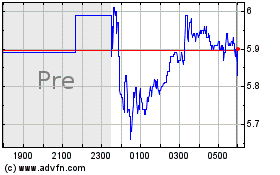