If an emerging growth company, indicate by check mark if the registrant has elected not to use the extended transition period for complying with any new or revised financial accounting standards provided pursuant to Section 13(a) of the Exchange Act. ¨

On November 1, 2021, Alfi, Inc. (the “Company”) filed a Current Report on Form 8-K (the “Original Report”), as amended by Amendment No. 1 thereto filed on November 2, 2021 (the “Amendment No. 1”). The Original Report reported under Item 5.02(d), among other things, the appointment of Patrick Dolan as a director of the Company. At the time of the filing of the Original Report, Mr. Dolan had not been appointed to any committees of the Company’s Board of Directors (the “Board”). On December 29, 2021, the Board, upon recommendation of the Nominating and Corporate Governance Committee of the Board (the “Nominating Committee”), appointed Mr. Dolan to serve on the Nominating Committee and the Compensation Committee of the Board.

This Amendment No. 2 to Current Report on Form 8-K/A (this “Amendment No. 2”) is being filed by the Company to amend the first paragraph under Item 5.02(d) of the Original Report to include a new sentence at the end of such paragraph to disclose Mr. Dolan’s initial Board committee assignments. Pursuant to Rule 12b-15 promulgated under the Securities Exchange Act of 1934, as amended, this Amendment No. 2 contains the complete text of Item 5.02, as so amended.

Except for the adding the last sentence to the first paragraph under Item 5.02(d), this Amendment No. 2 speaks only as of the filing date of the Original Filing, does not reflect events that may have occurred subsequent to such filing date and does not modify or update in any way disclosures made in the Original Report, as amended by Amendment No. 1.

In the Resignation Letter, Mr. Mowser made statements regarding his disagreements with the Company relating to its operations, policies and practices, indicating that he tendered his resignation based on the actions taken by the Board at its meeting held on October 22, 2021. As previously disclosed on the Company’s Current Report on Form 8-K filed with the SEC on October 28, 2021 (the “Prior Form 8-K”), the Board placed each of Paul Pereira, the Company’s President and Chief Executive Officer, Dennis McIntosh, the Company’s Chief Financial Officer and Treasurer, and Charles Pereira, the Company’s Chief Technology Officer, on paid administrative leave and authorized an independent internal investigation regarding certain corporate transactions and other matters.

Mr. Mowser states in the Resignation Letter, among other things, that “The decision to replace the CEO/Founder, the CFO and the CTO in my opinion was personal and calculated and driven by certain directors/shareholders to take control of the company without any regard for due process.” In the Resignation Letter, Mr. Mowser disagrees with the actions taken by the Board at its October 22, 2021 meeting, the reasons and motivations therefor, and the process by which such actions were taken and with the selection process for, and qualifications of, the individuals to replace such officers.

The majority of directors on the Board disagree with the assertions and conclusions made by Mr. Mowser in the Resignation Letter and take particular exception to his characterizations of reasons and motivations of the directors who voted in favor of such actions.

Mr. Dolan, age 59, is the former President and COO of the Interactive Advertising Bureau (“IAB”), an advertising business organization that develops industry standards, conducts research and provides legal support for the online advertising industry. Mr. Dolan was with IAB for 13 years, from 2007 through January 2021. During this time, he founded its Data Council and Data Center of Excellence, co-founded its Video and Mobile Centers of Excellence and was a founding executive board member of the IAB Tech Lab. He helped expand the Digital Content NewFronts and establish the IAB Podcast Upfront’s and IAB’s Digital Sales Certification Program. Currently, Mr. Dolan is providing advising and consulting services. Mr. Dolan received his BA in economics from the University of Virginia and his MBA from Virginia Commonwealth University.

Mr. Capsuto, age 69, has served as a Managing Director of Everest Group International, LLC, which provides stakeholder services in the areas of Professional Advisory, Mergers and Acquisitions, since 2015. He is also the founder and principal of Capsuto Consulting LLC, which provides consulting services for high net worth individuals. From 2002 to 2007, Mr. Capsuto served as Executive Vice President and CFO of Magnatrax Corporation, a provider of custom-engineered metal building systems for the North American nonresidential construction market. He has served on the Board of Directors of QualServ Corporation (Chairman), Champion Homes (Audit Chair), CCLM Holdings (Chairman), Euramax (Compensation Committee), Magnatrx China JV-steel company, EquipMD (Chairman) and as the sole Trustee of the Magnatrax Shareholders Liquidity Trust. Mr. Capsuto received his BS in Computer Science and Math from the University of Illinois – Chicago and his MBA from Roosevelt University.

Pursuant to the requirements of the Securities Exchange Act of 1934, as amended, the registrant has duly caused this report to be signed on its behalf by the undersigned, hereunto duly authorized. 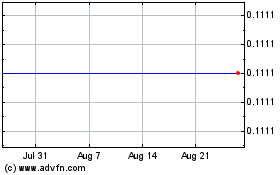 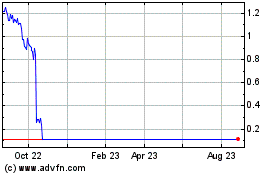 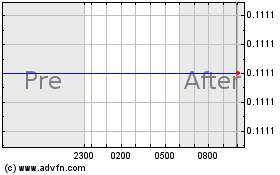