"On behalf of the board of directors and management, I would like to thank Mr. Li for all his contributions to the Company and wish him the very best in the future," commented Mr. Herman Man Guo, chairman and chief executive officer of the Company. "In the meantime, the Company will look for the suitable candidate for chief financial officer during this transition period."

Incorporated in 2007 and headquartered in Beijing, China, AirNet provides in-flight solutions to connectivity, entertainment and digital multimedia in China. Collaborating with our partners, AirNet empowers Chinese airlines with seamlessly immersive Internet connections through a network of satellites and land-based beacons, provides airline travelers with interactive entertainment and a coverage of breaking news, and furnishes corporate clients with advertisements tailored to the perceptions of the travelers. For more information, please visit us at http://ir.ihangmei.com

This announcement contains forward-looking statements within the meaning of the safe harbor provisions of the U.S. Private Securities Litigation Reform Act of 1995. These forward-looking statements can be identified by terminology such as "will," "expects," "is expected to," "anticipates," "aim," "future," "intends," "plans," "believes," "are likely to," "estimates," "may," "should" and similar expressions. The Company may also make written or oral forward-looking statements in its reports filed with, or furnished to, the U.S. Securities and Exchange Commission, in its annual reports to shareholders, in press releases and other written materials and in oral statements made by its officers, directors or employees to third parties. Statements that are not historical facts, including statements about the Company's beliefs and expectations, are forward-looking statements. Forward-looking statements are based upon management's current expectations and current market and operating conditions, and involve inherent risks and uncertainties, all of which are difficult to predict and many of which are beyond the Company's control, which may cause its actual results, performance or achievements to differ materially from those in the forward-looking statements. Potential risks and uncertainties include, but not limited to the following: its ability to achieve and maintain profitability; its ability to continuously improve its solutions and services enabling inflight connectivity; its ability to compete effectively against its competitors; the expected growth in consumer spending, average income levels and advertising spending levels; the growth of the inflight connectivity industry in China; and government policies affecting the inflight connectivity industry in China. Further information regarding these and other risks, uncertainties or factors is included in the Company's filings with the U.S. Securities and Exchange Commission. The Company does not undertake any obligation to update any forward-looking statement as a result of new information, future events or otherwise, except as required under law.

AirNet Technology (NASDAQ:ANTE)
Historical Stock Chart
From Apr 2022 to May 2022 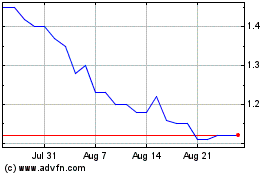 AirNet Technology (NASDAQ:ANTE)
Historical Stock Chart
From May 2021 to May 2022 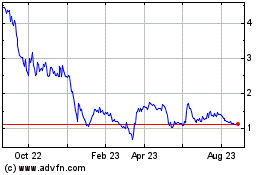 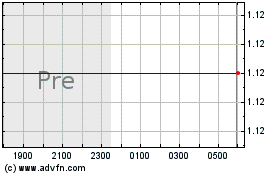