The Company has appointed Kevin Comcowich, the current chairman of the Arcadia Board of Directors, as the Company’s Interim Chief Executive Officer, effective January 1, 2022, as the board of directors finalizes its search for a permanent CEO. As previously announced on September 7, 2021, the board of directors launched a national search for a new CEO as the company further expands into the consumer packaged goods (CPG) sector. Mr. Comcowich will be paid a salary of $30,833 per month in his new role.

Mr. Comcowich, age 53, will continue to serve as board chair, a position he has held since 2017. He has served as a director of our Company since November 2016. Before retiring in 2014, he was a founder and portfolio manager of HTX Energy Fund, a hedge fund, in Houston, Texas since 2012. He was previously the President and Chief Investment Officer (CIO) of Sound Energy Partners and served as Chief Information Officer and research analyst for Southport Energy Plus Partners Fund. Mr. Comcowich received his MBA from the University of Indiana and earned his bachelor’s degree from the College of the Holy Cross.

The Company currently leases land on the island of Molokai, Hawaii from an entity owned by Mr. Comcowich and his wife (“Landlord”). Arcadia grows hemp on this land to support the operations of its joint venture Archipelago Ventures Hawaii. The original lease was executed in February 2019, covers 10 acres of land, has a term of two years and provides for rent payments of $1,200 per acre per year. Mr. Comcowich supplied materials to the contractor that built a fence on this property and received payments from the contractor totaling approximately $44,000. In March and April 2020, the Company and the Landlord entered into two lease amendments to the original lease for two additional 10-acre parcels and two additional 15-acre parcels, at the same lease rate of $1,200 per acre per year, and with a term of two years. The Company has paid the Landlord a total of $240,000 in lease payments, and no further lease payments are required under the lease. For the advisory services provided by Mr. Comcowich to support the operations of the Archipelago joint venture, he was issued 5,273 options to purchase Arcadia common stock for which $9,000 of stock compensation expense was recognized during the year ended December 31, 2020.

Arcadia Biosciences (NASDAQ:RKDA)
Historical Stock Chart
From Apr 2022 to May 2022 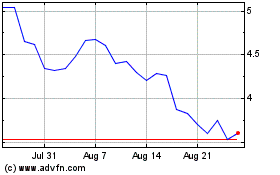 Arcadia Biosciences (NASDAQ:RKDA)
Historical Stock Chart
From May 2021 to May 2022 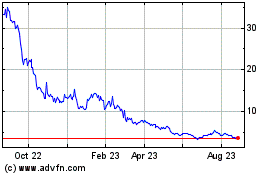 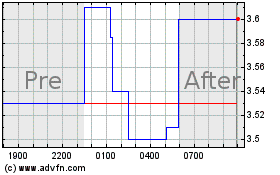