For FY 2022, WISeKey expects its IoT business to generate revenue within the range of $21 to $23 million due to increased semiconductors demand and new contracts; has current purchase orders of $38.5 million and a pipeline of opportunities of $75 million.

ZUG, Switzerland – June 22, 2022: Ad-Hoc announcement pursuant to Art. 53 of SIX Listing Rules – WISeKey International Holding Ltd (NASDAQ: WKEY / SIX: WIHN) (“WISeKey” or the “Company”), a leading cyber security, IoT, and AI platform company, today announced that its Semiconductors IoT segment is expected to generate unaudited revenue of approximately $10 million in H1 2022, an increase of over 37% as compared to H1 2021; while for FY 2022 this segment is expected to generate revenue between $21 to $23 million due to increased semiconductors demand and new contracts, to secure medical equipment, drones, routers, batteries and NFT security. Of note, the guidance range takes under consideration the current supply chain disruption challenges however, this would represent year-on-year growth of between 23% and 35%.

The expected increase is mainly due to higher revenues from the U.S. and EU markets. WISeKey has secured several major wins in the U.S. market for its microchip semiconductor-based IoT technology, anti-counterfeiting, brand protection, and secure access products with leading providers of networking equipment, medical devices, and smart building solutions. This strong performance by the Company continues despite the supply chain disruption that started with the COVID pandemic which resulted in a global semiconductor manufacturing shortage which is expected to last until 2024. The shortage has had significant economic consequences and has contributed to the U.S. economy experiencing its highest inflation rates since the early 1980s.

The Authentication IC semiconductors and IoT market is expected to continue growing in line with the growing demand for semiconductors, as the world becomes more IoT and digitally driven, and processing chips are widely used from smartphones to automobiles to alarm systems, drones and wearables.

Growing demand since the beginning of 2022 allows us to maintain the same unprecedented pace of booking that we had reached in 2021 and we are now sitting on a new purchase orders totaling $38.5 million. Moreover, we have built a pipeline of opportunities of $75 million during the same period.

WISeKey Semiconductors division is located in the South of France. As a defender of European values, WISeKey is currently working with the European Commission to help achieve the goals of the EU Chips Act.

“WISeKey Semiconductors has become a strategic reference due to the fact that semiconductors are a crucial component of the 4th Industrial Revolution: strategic technologies (from smart cities, renewable energy and artificial intelligence to robots and cybersecurity), their design and manufacturing has become a geopolitical thorn. In the 20th century, oil was the supreme global resource, but shortages accelerated by the pandemic have prompted a 21st century catchphrase among policymakers and diplomats. Semiconductors are the new oil,” said Carlos Moreira, CEO of WISeKey.

WISeKey’s success in semiconductors is built on a clear vision and business strategy that allows us to generate revenue from IoT devices, cybersecurity services, and data and, more importantly, our Trusted Ecosystem and Vertical Platform. As we move forward, IoT will quickly become the Internet of Everything (IoE), with more devices and objects connected and able to collect and transmit data over the internet, the WISeKey Vertical Platform potential for monetizing services, blockchain, AI and the data produced by these connected devices continues to grow. The total number of global IoT connections has been growing fast and this market is expected to reach $27 billion in 2025 (from just $6 billion in 2015) all of them requiring the type of chips and software offered by WISeKey. Global spending on IoT/IoE technology-based services, is now expected to reach $3 trillion by 2025.

The IoT will live up to its promise only if the connected devices, the data they generate, the business applications that control these devices and the services around them, can be fully trusted.  In today’s environment, where cyberattacks have become more common and increasingly sophisticated, there is an urgent need to fundamentally rethink the Security Stack for the IOT cloud. IoT-enabled services and products will generate vast amounts of data which, when well-analyzed, are very valuable to government organizations, product manufacturers, corporations, and end-users. This revenue model relies on data trust and on IoT edge device control. Users can take advantage of this unique solution in the market by remotely being able to: uniquely identify and control an IoT Edge Device (activation/deactivation/revocation), securely provision (point to point secure update) the IOT Edge Device credentials and secure the messages in motion between Edge Devices and Business Applications.

WISeKey Semiconductors manufactures security chips to actively support European values in terms of consumer protection, privacy, and data sovereignty. For example, WISeKey security chips are being used to protect European drones and their captured images, and to protect satellite communication from agriculture and logistics sensors.

While most industries are dramatically impacted by the current semiconductor shortage, market analysts predict the same situation will continue into 2023. According to experts, this shortage is the combination of several factors. The global consumer demand dropped during the beginning of the COVID-19 pandemic and the semiconductor industry had to significantly reduce its manufacturing capacity to mitigate consequences on profitability; however, the worldwide lockdown had an unforecastable positive effect on the high-tech products market: tons of new laptops, monitors, smartphones, routers, modems and gaming consoles have created a surge in chips across industries that low inventory and limited production capacities haven’t been able to absorb.

Billions of WISeKey’s secure chips are embedded in high-tech products and goods to protect data, communication and firmware against cyberattacks. This includes routers, modems, energy smart meters, drones and medical devices, to mention a few. As a fabless company, WISeKey trusts a network of subcontractors and partners to provide its most prestigious customers with the best lead times and service. While the Company’s book-to-bill ratio is increasing rapidly, the Company is also working diligently to resolve existing supply chain challenges to find short- and long-term solutions in order to maintain and also raise the bar on service quality. These solutions involve continuous negotiations with current suppliers and investments to diversify sourcing, including relocating some of the processes to minimize transportation and environmental effects.

The vertical integration of WISeKey’s unique Root of Trust and Identity technology with VaultIC’s hardware & software, and trust services for keys and certificates provisioning and life cycle, created the first ever comprehensive trusted end-to-end cybersecurity platform for people and objects (IoT) and gave WISeKey the unique ability to deliver the most secure Platform to its customers.

About WISeKeyWISeKey (NASDAQ: WKEY; SIX Swiss Exchange: WIHN) is a leading global cybersecurity company currently deploying large scale digital identity ecosystems for people and objects using Blockchain, AI and IoT respecting the Human as the Fulcrum of the Internet. WISeKey microprocessors secure the pervasive computing shaping today’s Internet of Everything. WISeKey IoT has an install base of over 1.5 billion microchips in virtually all IoT sectors (connected cars, smart cities, drones, agricultural sensors, anti-counterfeiting, smart lighting, servers, computers, mobile phones, crypto tokens etc.).  WISeKey is uniquely positioned to be at the edge of IoT as our semiconductors produce a huge amount of Big Data that, when analyzed with Artificial Intelligence (AI), can help industrial applications to predict the failure of their equipment before it happens.

Our technology is Trusted by the OISTE/WISeKey’s Swiss based cryptographic Root of Trust (“RoT”) provides secure authentication and identification, in both physical and virtual environments, for the Internet of Things, Blockchain and Artificial Intelligence. The WISeKey RoT serves as a common trust anchor to ensure the integrity of online transactions among objects and between objects and people. For more information, visit www.wisekey.com.

This press release does not constitute an offer to sell, or a solicitation of an offer to buy, any securities, and it does not constitute an offering prospectus within the meaning of article 652a or article 1156 of the Swiss Code of Obligations or a listing prospectus within the meaning of the listing rules of the SIX Swiss Exchange. Investors must rely on their own evaluation of WISeKey and its securities, including the merits and risks involved. Nothing contained herein is, or shall be relied on as, a promise or representation as to the future performance of WISeKey. 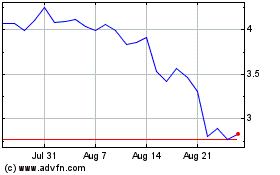 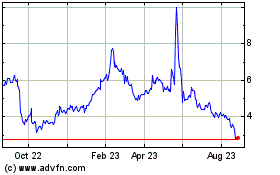 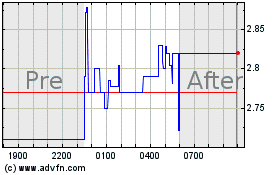