Reiterates Need for Board and CEO Change at CN

Sets the Record Straight on Inaccurate Claims from CN Board

As a long-term CN shareholder, TCI is fully committed to the future health and performance of the Company and is acting to enhance value for all CN shareholders.

"With the meeting date now set, CN shareholders have a clear and certain path to exercise their rights as shareholders and hold the Company's underperforming Board accountable," said Chris Hohn, TCI Founder and Managing Partner. "We look forward to CN shareholders having the opportunity to make the right choice for CN by electing the four independent, highly-skilled director candidates that we have nominated."

"A new, high-quality Board with extensive railroad experience and expertise will help ensure CN is put on the right track to the benefit of the Canadian and US economies, shippers, employees and shareholders. CN can do better, and with a new Board, it will."

The quality of the Board candidates is clear and indisputable. It is therefore notable that the Board has said nothing negative about the nominees but has instead chosen to attack TCI in an attempt to divert attention from the excellence of the candidates.

Gilbert Lamphere, Allison Landry, Rob Knight and Paul Miller represent a significant upgrade to the current Board and this has not been denied by the Board or the Company's CEO, Jean-Jacques Ruest.

The Board has also not questioned the qualifications or ability of Jim Vena to be CEO. Instead, the Board has chosen to disparage TCI and question its motives when TCI only wants what is best for CN: a high-quality, experienced Board, a world-class railroader as CEO and a long-term plan for sustainable growth.

CN shareholders deserve the truth. In its October 4, 2021 press release announcing the date of the Special Meeting, CN included inaccurate and misleading information about TCI and its motives:

TCI cautions shareholders to expect the Board to continue to allege TCI's campaign is against the Company rather than against the Board. To be clear, this is an attempt to distract attention from the failings of the Board and CEO and to escape accountability.

The Board may also attempt to turn the special meeting into a vote on TCI, rather than conduct an objective and informed debate on the merits of the four nominees. Gilbert Lamphere, Allison Landry, Rob Knight and Paul Miller are independent of TCI and represent a clear and significant upgrade to the current Board.  No member of TCI is up for election. Shareholders deserve to know what the current Board thinks of the candidates. A campaign against TCI is not productive, does not inform shareholders and will not put CN back on track.

The truth is that CN's Board and CEO lack the necessary operating and railway expertise to improve the performance of the Company. Gilbert Lamphere, Allison Landry, Rob Knight and Paul Miller have significant operational experience and analytical capabilities in the railroad industry, and their election, together with a new CEO, will provide the essential expertise required for CN to reach its full potential.

The CN Board is Responsible for Multiple Corporate Governance Failures

Since 2016 (when Jim Vena left CN), CN's operating and financial performance has lagged the other Class 1 railroads. The Board has also presided over multiple corporate governance failures:

CN Can Do Better

With a new Board and world-class CEO, TCI is confident CN can get back on track and regain market share in the extremely attractive Canadian railway industry.

CN's recent performance is the result of a railroad being run by a CEO without operational experience. Shareholders of CN can take steps to help get CN back on track by:

TCI has been a CN shareholder since 2018. TCI currently owns more than 5% of the shares outstanding (valued at US$4.3 billion) and is committed to the long-term success of CN.

The information contained in this press release does not and is not meant to constitute a solicitation of a proxy within the meaning of applicable corporate and securities laws. Although TCI requisitioned the Special Meeting for the purposes of refreshing the current Board by adding four nominees, shareholders are not being asked at this time to execute a proxy in favour of TCI's nominees for election to the Board or any other resolutions set forth in the requisition. In connection with the Special Meeting, TCI has filed a preliminary information circular dated September 27, 2021 (the "Circular") and expects to issue a supplement thereto or amendment and restatement thereof (the "Final TCI Circular") containing further disclosure concerning TCI's proposals, together with additional details concerning the completion and return of forms of proxy and voting information forms ("VIFs") to be provided by TCI for use at the Special Meeting.

Notwithstanding the foregoing, TCI is voluntarily providing the disclosure required in accordance with corporate and securities laws applicable to public broadcast solicitations.

This press release and any solicitation made by TCI in advance of the Special Meeting is, or will be, as applicable, made by TCI and not by or on behalf of the management of CN.

Shareholders of CN are not being asked at this time to execute proxies in favour of TCI's nominees (in respect of the Special Meeting) or any other resolution set forth in the requisition. TCI intends to make its solicitation primarily by mail, but proxies may also be solicited personally by telephone, email or other electronic means, as well as by newspaper or other media advertising or in person, by TCI, certain of its members, partners, directors, officers and employees, TCI's nominees or TCI's agents, including Kingsdale Advisors, who has been retained by TCI as its strategic shareholder advisor and proxy solicitation agent. Pursuant to the agreement between Kingsdale Advisors and TCI Fund Management Limited, Kingsdale Advisors would receive a fee of up to $3.5 million, plus customary fees for each call to or from shareholders of CN, and would be reimbursed for certain out-of-pocket expenses, with all such costs to be borne by TCI. In addition, TCI may solicit proxies in reliance upon the public broadcast exemption to the solicitation requirements under applicable Canadian corporate and securities laws, by way of public broadcast, including press release, speech or publication, and in any other manner permitted under applicable Canadian laws. Any members, partners, directors, officers or employees of TCI and their affiliates or other persons who solicit proxies on behalf of TCI will do so for no additional compensation. The costs incurred in the preparation and mailing of the Circular and the Final TCI Circular, and the solicitation of proxies by TCI will be borne by TCI, provided that, subject to applicable law, TCI may seek reimbursement from CN of TCI's out-of-pocket expenses, including proxy solicitation expenses and legal fees, incurred in connection with a successful reconstitution of the Board.

A registered shareholder of CN who has given a proxy may revoke the proxy at any time prior to use by:

(b)        revoking the proxy in any other manner permitted by law.

Based on information provided to TCI by each respective nominee, none of TCI's nominees, nor any of their associates or affiliates, has had any material interest, direct or indirect, in any transaction since the commencement of CN's most recently completed financial year or in any proposed transaction which has materially affected or would materially affect CN or any of its subsidiaries.

Based on information provided to TCI by each respective nominee, none of TCI nor any member, partner, director or officer of TCI, nor any of TCI's nominees, nor any associates or affiliates of the foregoing, has any material interest, direct or indirect, by way of beneficial ownership of securities or otherwise, in the matters currently known to be acted upon at the Special Meeting, other than in respect of TCI's ownership, control or direction of an aggregate of 36,699,825 common shares of CN, and the removal of certain incumbent directors and the election of the nominees as directors of CN.

CN's registered office address is 935, rue de La Gauchetière ouest, Montréal, Québec, Canada, H3B 2M9. A copy of the Circular which contains the information required in respect of each of TCI's nominees may be obtained on CN's SEDAR profile at www.sedar.com. 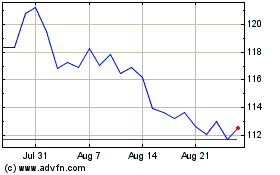 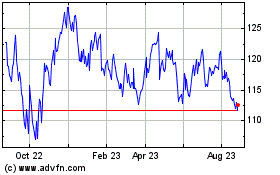 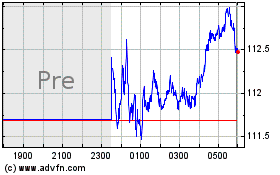