Over the past 40 years, Lukas Lundin was the driving force behind the tremendous success of the Lundin Group of Companies. Lukas started his career in the international energy and mining sectors in the early 1980s working side-by-side with his father, the late Adolf H. Lundin.

Under the leadership of Lukas and his brother Ian, and in close cooperation with the rest of the Lundin family, the Lundin Group of Companies has grown into an internationally recognized group of energy and mining companies with operations around the globe, employing more than 15,000 people and creating opportunities for tens of thousands more.

The eleven companies that make up the Lundin Group of Companies today have a combined market capitalization exceeding USD $11 billion.

"Our father is our biggest inspiration. His passion for the industries to which he devoted his life was unparalleled. Lukas saw people as the key to success and spent decades building some of the strongest management teams in our industries. He always strived to empower those working with him and continuously pushed us to aim higher. We could not have had a better father and mentor.

"Our family is deeply saddened about Lukas' passing but takes comfort in the knowledge that his legacy will live on for generations to come. Having worked side-by-side with Lukas for many years, all of us look forward to continuing to build on the successes of the companies within the Lundin Group - with the support of our shareholders and stakeholders, not least the members of the local communities where we operate. The companies in the Lundin Group stand stronger than ever and the Lundin family is united in our commitment to remain long-term shareholders."

Dr. Adel Chaouch, President and Chief Executive Officer of ShaMaran, commented, "I would like to send my deepest condolences to the family of Lukas, on behalf of our team, management and board, as we are all greatly saddened by his passing.  Lukas has been a keystone for all of us through his experiences and guidance that he shared with us since our inception and his presence will be missed.  ShaMaran's resilience and success are a tribute to Lukas' unwavering support to the Company throughout the years.  We have lost a friend, but his legacy will continue through his four sons."

Dr. Chaouch further added, "Lukas was a strong supporter of the Company as it developed over the years.  He was an internationally recognized entrepreneur, financier and philanthropist and equally known for his unique sense of adventure and pioneering spirit - and there was no better place for adventure in our industry than Kurdistan as it rose, over the past two decades, from a frontier oil and gas region to one of the key oil and gas producing provinces in the world."

OTHER
This information was submitted for publication, through the agency of the contact persons set out below, on July 27, 2022 at 11:30 a.m. Eastern Time.  Arctic Securities AS (Swedish branch) is the Company's Certified Adviser on Nasdaq First North Growth Market (Sweden) +46 844 68 61 00, certifiedadviser@arctic.com.

ABOUT SHAMARAN
ShaMaran is a Kurdistan focused oil development and exploration company which holds a 27.6% interest, through its wholly-owned subsidiary General Exploration Partners, Inc., in the Atrush Block and as announced in the Company's news release of July 12, 2021 upon successful closing of the acquisition from a TotalEnergies' affiliate will then also hold an 18% interest through its then wholly-owned subsidiary TEPKRI Sarsang A/S in the Sarsang Block. 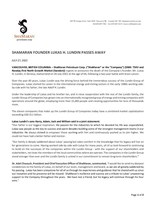 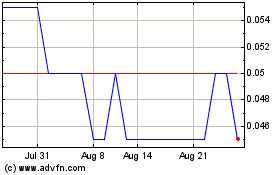 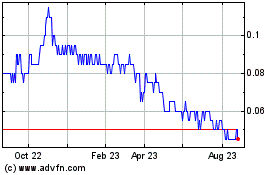 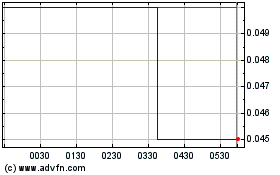