Results from big U.S. retailers were in focus last week as investors assessed the impact of inflation on consumer spending and parsed the latest signals from the Federal Reserve. With the earnings season nearing its close, companies including Walmart Inc., Target Corp., Home Depot Inc., Lowe's Cos. and Kohl's Corp. posted results that highlighted their diverging fortunes in dealing with inflation. Higher prices boosted revenue at Walmart and Home Depot, while Target took a profit hit as it unloaded excess inventory. Data released by the Commerce Department last Wednesday showed retail spending was flat in July compared with the prior month. Below is a summary of some key market movements in the past seven days:

Central Banks: The global hiking cycle largely continued last week as the Norwegian, New Zealand and Philippines central banks all raised their benchmark interest rates. Signals from the Fed continued to be hawkish as James Bullard, the president of the Federal Reserve Bank of St. Louis, said he backed another 75 basis-point rate increase at the September meeting of the rate-setting Federal Open Market Committee. Fed Chairman Jerome Powell's speech at the central banking Jackson Hole summit this week will be closely watched. The Bank of England looks likely to be forced to press ahead with aggressive tightening despite growth worries, as data Wednesday showed U.K. inflation rose more than expected to 10.1% in July. Meanwhile, the Turkish central bank continued to depart from economic consensus, cutting its interest rate to 13% from 14% on Thursday despite the annual inflation rate climbing to 79.6% in July.

Currencies: Fed officials' hawkish signals left the WSJ Dollar Index up 2.25% for the week, its largest one-week percentage increase since March 2020, according to Dow Jones Market Data. The pound was one of the most significant losers against the dollar, with GBP/USD sinking to 1.1810 on Friday, retesting levels reached last month when the rate hit a two-year low. Bitcoin sank to below $22,000 on Friday, following global stocks and other risk-sensitive assets and pulling down cryptocurrency-related equities.

Corporates: Last week was a big one in the earnings season for consumer-focused companies, but investors came away with mixed signals. Home Depot's second-quarter sales came in better than expected and could put a stop to its share slump in the short term but worries over a potential spending pullback won't go away. A potential severe U.S. housing downturn would still spell trouble for Home Depot and home-improvement peers such as Lowe's. Home-improvement spending depends on consumer confidence and especially that of homeowners. The National Association of Realtors' housing-affordability index in June fell to its lowest level since 1989, as interest rates and home prices continued to rise. On the minus side, Kohl's latest downgrade to its outlook has left the stock far below its mooted selling price earlier in the year. While the department-store operator's property portfolio might offer value for a possible buyer, the tough economic backdrop overshadows any possible deal and turning around declining sales will be even harder if rival retailers are also seeking to offload excess inventory at the same time, as Target and Walmart warned of hefty markdowns.

Commodities: High power prices are forcing European metals producers to scale back or shut some operations, tightening supply of zinc and aluminum and pushing up prices. Copper and lead could be next. Norsk Hydro ASA said last Wednesday that it would stop primary aluminum production by the end of September at a plant in Slovakia as high electricity prices threatened its financial viability, a day after Nyrstar NV said it would close a zinc smelting plant in the Netherlands from Sept. 1 until further notice. Aurubis AG and Boliden AB have flagged increases in energy costs in their latest updates, while Glencore Chief Financial Officer Steven Kalmin recently said the company's zinc business in Europe is barely covering itself. Analysts at Liberum said in a research note Tuesday the biggest supply-side risk to global markets would be the closure of European zinc, lead and copper assets, as they could put at risk 8% to 13% of global output.

Energy: Concerns over future demand weighed on oil prices last week, after economic indicators published Monday unexpectedly pointed to slower activity in China last month. International benchmark Brent crude fell to $92.34 on Tuesday, its lowest settlement since Feb. 10, before the invasion of Ukraine began, but recovered slightly to end the week down 1.5% at $96.72, according to Dow Jones Market Data. This marked a sharp contrast to natural-gas prices in Europe, which climbed to a new record Tuesday amid a heat wave that intensified the region's energy crisis. Natural-gas futures surged Tuesday to end at $9.329 per million British thermal units, the highest price in 14 years and more than doubling from a year earlier.

Write to Adam Clark at adam.clark@dowjones.com and Adria Calatayud at adria.calatayud@dowjones.com 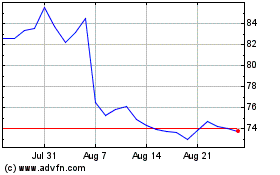 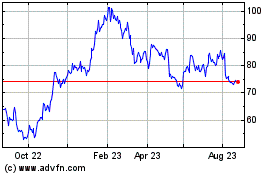 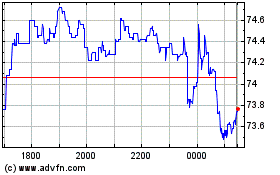