The 'Further re. Outcome of Judicial Review' announcement for Abingdon Health plc released Friday, 7 October 2022 at 17:16 under RNS No 2415C has been re-released in the interests of market clarity.

The announcement text is unchanged and is reproduced in full below.

("Abingdon Health" or "the Company")

All grounds were dismissed, including the claim of state aid, apparent bias and national preference

York, U.K. 7 October 2022: Abingdon Health plc (AIM: ABDX), a leading international developer and manufacturer of high quality, rapid diagnostic tests, notes the judgement by Mr Justice Waksman in relation to the Judicial Review proceedings initiated by the Good Law Project Limited ("GLP") against the Secretary of State for Health and Social Care ("DHSC") in which Abingdon Health is an interested party. Mr Justice Waksman has ruled in favour of the DHSC on all grounds, including lack of state aid to Abingdon Health and dismissed all claims brought by the GLP.

The judgement confirms that Contract Award Decisions by the DHSC, for the development and manufacture of lateral flow test kits for COVID-19 antibodies by Abingdon Health, were lawful and complied with the principles of public law. All grounds brought by the GLP in this case were dismissed and, of particular note to Abingdon Health plc, the claim of state aid was dismissed.

Abingdon Health has maintained throughout this process that the contracts were awarded without apparent bias and national preference, and that the award of contracts to Abingdon was a straightforward purchase of goods and services by a public body from an established expert provider of lateral flow device development and manufacturing services, on normal market terms.

Throughout the process the GLP made a number of disparaging statements and unsubstantiated assertions about Abingdon Health that have been damaging to the Company's employees, shareholders and other stakeholders. Correspondence addressing these factual inaccuracies, as sent to the GLP in May 2021, is available on the Company website and covered the following areas:

-- the financial security of the Company ahead of any Government contract award;

-- the subjectiveness of any company being an "established operator" within COVID-19 antibody testing in the early stages of the pandemic;

-- performance data relating to the AbC-19(TM) test and other evaluations undertaken;

-- the formation of the UK Rapid Test Consortium ("UK-RTC") and the fact that Abingdon Health's AbC-19(TM) test - a lateral flow assay for COVID-19 antibodies - was developed and manufactured without assistance from Professor Sir John Bell;

-- prices of goods and services provided being at appropriate market price, such that there was no state aid provided; and

-- unfounded allegations of WhatsApp messages between the Minister for Health and Social Care and Abingdon employees.

In addition, a 'Detailed Grounds of Resistance' document was filed to the court by Abingdon Health to ensure the factual inaccuracies referred to the above were addressed and this document is also available on the Company website .

Abingdon Health fully supports both openness and accountability relating to the award of public contracts; however, this particular case brought by the GLP was comprehensively dismissed on all grounds. Despite the Company's best efforts to cooperate and demonstrate to the GLP that there was no bias or assistance in these contracts being awarded, and to illustrate the impressive credentials and experience of the Company and its employees in lateral flow test development and manufacture, facts and evidence were ignored, false rumours were released to the media and, in the Board's opinion, the proceedings continued long after they could have been halted.

Abingdon Health is an established lateral flow diagnostics company providing contract service solutions across a range of sectors including infectious disease, other clinical areas, animal health, plant pathogen and environmental testing. Founded in 2008, Abingdon Health is a leading expert and knowledge leader in the area of lateral flow test development and commercial manufacture. The senior management team has over 150 years' combined experience in the lateral flow testing market and the Company employs over 70 people across facilities in Yorkshire.

As a British company and a leader in the field of lateral flow testing, Abingdon Health responded to the Government's request for healthcare industry experts to pull together in a national and international emergency, and this led to the formation of the UK-RTC, a consortium of UK diagnostic companies. Abingdon developed, manufactured and, in the period between November 2020 and January 2021, supplied lateral flow test kits for COVID-19 antibodies, that were used by the DHSC.

The monies received under these contracts totalled GBP10.3m (including GBP5.4m to cover reimbursement of stock and GBP0.2m in interest). This does not include a final GBP1.5m cash payment from the DHSC, currently held under charge until the outcome of the judicial review, which is now expected to be released, bringing the total amount paid to Abingdon by the DHSC to GBP11.8m (all amounts quoted exclude VAT).

Chris Yates, Chief Executive Officer of Abingdon Health plc, commented: "We are, of course, pleased with this judgement, but extremely disappointed that Abingdon's reputation and good standing has been called into question by the GLP, and their unsubstantiated accusations were broadcast widely by them through various media outlets.

"At Abingdon Health we answered the Government's call for leading UK life sciences companies to respond quickly with solutions to help during the height of the pandemic. We did the right thing. In the end we have been caught in a political cross-fire. We fully support transparency and accountability in the award of public contracts in general, and particularly during the COVID-19 period, but this case was misjudged.

"Despite all of the challenges that this has caused our business, I am very proud of the Abingdon team who have remained focused on serving our customers and building our business throughout."

Dr Chris Hand, Non-Executive Chairman of Abingdon Health plc, commented: " This has been a challenging time for our Company and we are delighted with Mr Justice Waksman's judgement and his dismissal of all claims against the DHSC with the associated implications for Abingdon Health. It is testament to the robustness of our Company that we have dealt with this distracting challenge and are now returning to growth. It is particularly pleasing to note Mr Justice Waksman's comments on our credentials in the area of lateral flow.

"I would like to thank colleagues, friends, customers and shareholders for their support as we move to the next phase of our Company's growth with continued confidence."

Abingdon Health is a world leading developer and manufacturer of high-quality lateral flow rapid tests across all industry sectors, including healthcare and COVID-19. Abingdon is the partner of choice for a growing global customer base and takes projects from initial concept through to routine and large-scale manufacturing and has also developed and marketed its own labelled tests.

The Company offers product development, regulatory support, technology transfer and manufacturing services for customers looking to develop new assays or transfer existing laboratory-based assays to a lateral flow format. Abingdon Health aims to support the increase in need for rapid results across many industries and locations and produces lateral flow tests in areas such as infectious disease, clinical testing including companion diagnostics, animal health and environmental testing. Faster access to results allows for rapid decision making, targeted intervention and can support better outcomes. This ability has a significant role to play in improving life across the world. To support this aim Abingdon Health has also developed AppDx(R) , a customisable image capturing technology that transforms a smartphone into a self-sufficient, standalone lateral-flow reader.

Founded in 2008, Abingdon Health is headquartered in York, England.

, the news service of the London Stock Exchange. RNS is approved by the Financial Conduct Authority to act as a Primary Information Provider in the United Kingdom. Terms and conditions relating to the use and distribution of this information may apply. For further information, please contact rns@lseg.com or visit www.rns.com. 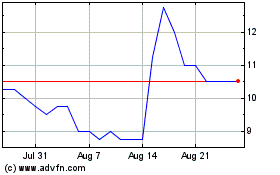 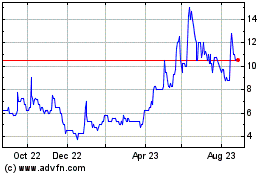 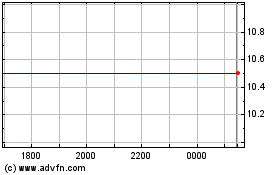