Posting of Circular and Notice of General Meeting

Further to the announcement of 14 December 2021, ADM Energy PLC (AIM: ADME; BER and FSE: P4JC), a natural resources investing company, announces that it will shortly be posting a circular to shareholders convening a General Meeting (the "Circular"). This follows receipt of a letter on behalf of a shareholder who holds in excess of five per cent. of the Company's issued share capital to requisition a general meeting ("GM") of the Company ("Requisition").

The Requisition proposes that shareholders be asked to consider the following resolutions:

1. that Osamede Okhomina be removed as a director of the Company with immediate effect;

2. that Richard Carter be removed as a director of the Company with immediate effect;

3. that Oliver Andrews be removed as a director of the Company with immediate effect; and

4. that Richard Jennings be appointed as a Director of the Company with immediate effect.

The Board's unanimous recommendation is for shareholders to vote AGAINST the proposed resolutions.

Osamede Okhomina, CEO of ADM Energy plc, said: "On behalf of the Board we urge all shareholders to vote against the proposed resolutions. We have a strong board and excellent technical team in place, which combines decades of expertise in the oil and gas arena, aligned with extensive local knowledge of Nigeria and West Africa.

"Our strategy remains to build shareholder value through the pursuit of quality, value-accretive assets in West Africa, adding de-risked 2P reserves at attractive valuations, with significant potential upside. With our technical know-how and access to capital through strong partners such as Trafigura, ADM is very well positioned and we are confident we can deliver our growth strategy for the benefit of all shareholders."

Extracts from the Circular are set out below and should be read in conjunction with the Circular. A copy of the Circular will shortly be available from the Company's website: www.admenergyplc.com

LETTER FROM THE CHAIRMAN

On 14 December 2021, the Company announced that it had received a notice ("Requisition Notice") by Fiske Nominees, on behalf of Richard and Catherine Jennings, and Align Research Limited ("ARL"), a company controlled by Mr Jennings, (together "the Requisitionists" ) requiring the Company to convene a general meeting ("Requisitioned General Meeting") to vote on resolutions proposed by them by virtue of their holding of 10,904,031 shares representing 5.33 per cent. of the Company's issued share capital.

The Requisition Notice requires the Company, pursuant to the provisions set out in section 303 of the Companies Act 2006, to proceed to convene a general meeting of the Company to consider and, if thought fit, pass the resolutions set out below ( all of which your Board recommends you vote AGAINST ):

(the above resolutions are hereinafter referred to as the "Jennings' Resolutions")

The Board's unanimous recommendation is for shareholders to vote AGAINST the proposed resolutions.

The Requisition Notice did not set out the reasons why the Requisitionists wish to move resolutions at the Requisitioned General Meeting to remove the executive directors and Chairman of the Company but the timing of its receipt coincides with an emerging financial dispute between the Company and ARL (acting through Mr Jennings).

It is the Board's opinion that, not having met the forceful demands of Mr Jennings, it is being asked to requisition a general meeting in order to replace certain key directors with himself.

For the reasons mentioned below, the Board urges Shareholders to vote AGAINST the Requisitionists' proposed resolutions .

Progress made by the Company will be in jeopardy

The Board believes, that should the resolutions pass, all the progress made by the Company will be in jeopardy.

Under the leadership of Mr Osa Okhomina, the Company has:

a) Increased ADM's position in the highly strategic asset of OML 113. The Aje Field gives the Company access to reliable oil production and contains significant wet and dry gas reserves which command a premium in the local markets. The deal struck by the management nearly doubled its interests. The Board believes that Mr Jennings would not have been able to strike such a deal and does not have the ability to advance the development of the Aje investment.

The Company has announced plans to develop Aje. The Board maintains that there is significant potential value in the Aje field. However, the nature of the assets requires an intricate knowledge of the field and the operating environment. The Board asserts that it is the current management team that is best suited to represent the Company's interests amongst the Aje partners as they seek to extract the best possible outcome of this undervalued asset.

b) Formed key partnerships with renowned companies such as Trafigura, who could be a key funding partner for the Aje expansion and other investment opportunities that should deliver shareholder value in the mid to long term. As far as the Board can assess, Mr Jennings has no such partnerships in the oil and gas sector nor does he appear to have the ability to fund large scale projects.

c) Assembled a high-quality technical team that has the ability to assess multiple projects simultaneously due to their experience gathered over several decades. They saw the opportunity and agreed to work with the Company as a result of previous history of working with the management team and the Board in other companies. They have expressed to the Board they do not have any desire to work for Mr Jennings. It is the Board's assertion that Mr Jennings does not have the ability to recruit a technical team of such calibre and consequently will lose the ability to assess projects appropriately.

d) Local knowledge and expertise . Mr Okhomina has formed several strategic alliances with local service providers that could be utilised to significantly reduce the company's development costs. He has also built a network of local partners that has resulted in ADM being shown several business development opportunities which it is currently evaluating. This local knowledge extends across the West African region. The Board believes that without this local knowledge and expertise, Mr Jennings, alone, will be unable to assess the viability of future projects.

The Board has been substantially strengthened over recent years and now comprises a balanced and diverse group of individuals, with a wide range of experience of the oil and gas industry, Africa and, importantly given the location of the Company's principal investment, Nigeria.

Mr Jennings has not indicated that he wishes to join the Board as Chairman, Executive Director or Non-executive Director. The Board believes that Mr Jennings has not thought this through properly and demonstrates his lack of PLC board experience and understanding of corporate governance issues. The Company could be seen to fail its corporate governance commitments under the QCA code.

In addition, in the event that all of the Jennings' Resolutions are passed, it is likely that the Company will be unable to discharge its management and operating duties which may have broader regulatory and operational consequences.

Set out at the end of this document is a notice convening the Requisitioned General Meeting to be held at 48 Gracechurch Street, London EC3V 0EJ at 10:00 a.m. on Monday 17 January 2022 at which the Jennings' Resolutions will be proposed.

The independent directors, together with the remaining Board, consider that the Jennings' Resolutions are NOT in the best interests of the Company, its shareholders as a whole and other stakeholders. Accordingly, the Board, including the independent directors who are not subject to a resolution to remove them as a director, recommend that shareholders VOTE AGAINST each of the resolutions to be proposed at the General Meeting.

Shareholders will find with the Notice of Requisitioned General Meeting in this document a Form of Proxy for use in connection with the Requisitioned General Meeting. You are urged to complete, sign and return the Form of Proxy in accordance with the instructions printed thereon as soon as possible, but in any event to so as to be received by post or, during normal business hours only, by hand, by the Company's registrars, Computershare Investor Service PLC, at The Pavilions, Bridgwater Road, Bristol, BS99 6ZY, as soon as possible and by no later than 10:00 a.m. on 13 January 2022 (or in the case of an adjourned Requisitioned General Meeting, not later than 48 hours before the time fixed for the holding of the adjourned meeting (excluding any day that is not a business day)). 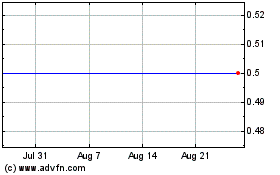 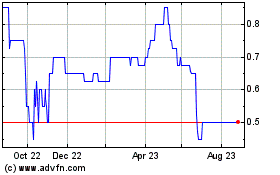 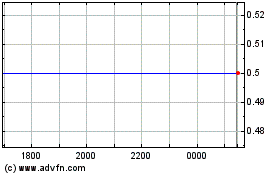