TORONTO, ONTARIO - June 10(th) , 2022 - AEX Gold Inc. (AIM: AEXG; TSXV: AEX), an independent mining company with an unrivalled land package of gold and Strategic Mineral assets covering an area of 7,615.85km(2) in Southern Greenland, is pleased to announce after over a year of discussions that it has now signed a non-binding heads of terms with ACAM LP ("ACAM") to establish a special purpose vehicle (the "SPV") and create a joint venture (the "JV") for the exploration and development of its Strategic Mineral assets for a combined contribution of GBP36.7 million (circa C$58.0 million). Subject to negotiation of the final terms of the JV, ACAM will invest GBP18.0 million (circa C$28.5 million) in exchange for a 49% shareholding in the SPV, with AEX holding 51%. AEX is expected to contribute its Strategic non-precious Mineral (i.e. non-gold) licences as well as a contribution in kind, valued, in aggregate, at GBP18.7 million (circa C$29.5 million) in the form of site support, logistics and overhead costs associated with utilizing its existing infrastructure in Southern Greenland to support the JV's activities. An option for further future funding of GBP10.0 million is to be available on the achievement of agreed milestones.

-- ACAM LP is a natural resource focused Limited Partnership advised by S and F Investment Advisors Limited (S&F). Louis Bacon, founder of Moore Strategic Ventures and Tim Leslie, the founder of S&F are, indirectly, the beneficial owners of the majority of ACAM LP.

-- Initial equity funding of GBP18.0 million (circa C$28.5 million) will be provided by ACAM to the SPV directly upon closing of the joint venture agreement to be negotiated and entered into in respect of the JV ("JV Agreement"). Closing of the JV Agreement will be conditional upon, inter alia, the transfer to the SPV of those of AEX's licences which are the subject of the JV, and the approval of such transfers by the Government of Greenland and the Greenland Tax Agency.

-- The funding provided to the SPV from ACAM will aid in progressing the exploration for and identification of strategic (non-precious) minerals across a number of AEX's existing prospective gold targets including Sava and North Sava, Stendalen, Paatusoq, Kobberminebugt and any other future strategic mineral discoveries made on AEX's licences.

-- AEX will have managerial and operational control of the JV and the planned exploration programme that will be subject to approval of the JV Management Committee.

-- Subject to the achievement of certain milestones that will be stipulated in the JV Agreement, the parties have agreed to a further potential pro-rata funding of GBP10.0 million (circa C$16.0 million), at a pre-money valuation of GBP48.4 million ("Subsequent Funding"). Any pro-rated Subsequent Funding will not increase ACAM's participating interest above 49%, provided that AEX contributes its pro rata share of such funding.

-- The objective of both JV parties is to accelerate the exploration of AEX's existing assets for Strategic Minerals that are in short supply globally, in high demand and vital for the global energy transition.

-- The execution of definitive documentation is subject, inter alia, to the above conditions and there can be no certainty that the JV will ultimately be formed

"We are delighted to announce our planned partnership with ACAM LP specifically for the funding of our non-precious metal Strategic Mineral assets across our licence areas. This JV will enable us to invest the capital required to bring these strategic mineral targets up the value curve towards future production and also enable us to explore the wider area to identify further non-precious strategic mineral assets. The investment AEX has made in its management team, camp, infrastructure, logistics support and local relationships gives us the ability to deliver on this exciting, ambitious and high potential value work programme.

"The western world is in short supply of strategic minerals, such as copper, zinc, nickel, rare earths and graphite, to power the energy transition, with recent geo-political events putting security of supply into sharp focus. Southern Greenland is one of the few remaining under-explored frontiers for these vital minerals. Our exploration work so far has given us confidence that South Greenland has the potential to host world-class deposits of Strategic Minerals.

"Starting with this investment by ACAM of GBP18 million for a 49% stake in these strategic mineral assets, this deal puts a concrete initial value on the non-precious mineral assets in our portfolio for the first time. To reflect the broader mineral potential in AEX's portfolio, we will be changing the Company's name to Amaroq Minerals Limited in the near future."

The Corporation believes that this area (covered by two mineral licences) holds the potential to host Iron Oxide, Copper Gold (IOCG) mineralization of a similar style to that seen across the Central Mineral Belt of Labrador and the Kiruna Belt of Scandinavia both hosting globally significant IOCG deposits.

AEX's mineral systems model for South Greenland has highlighted the geodynamic association of the Sava and North Sava area to the Gardar and Voisey's Bay provinces that host globally significant magmatic sulphide and REE deposits.

Further to this study, the Corporation conducted remote sensing, airborne geophysics, geological mapping, rock chip sampling, ionic geochemistry and spectral imagery during the 2021 field season, the results of which were announced 12 April, 2022.

Spectral remote sensing was carried out to guide geological fieldwork conducted in July 2021. Several priority targets were identified based on the remote sensing study, a structural lineament assessment and historic geochemistry data. AEX's field programme concluded having assessed the highest priority targets within the licences. This programme saw geological mapping, grab sampling and an ionic geochemistry survey designed to assess the anomalous altered and mineralized areas. One target in particular has been identified in the northwest of the licence, which hosts intense hydrothermal (potassic) alteration over 500 metres.

In addition, an airborne magnetic and radiometric survey was conducted in September 2021 over the whole licence with a line spacing of 100 metres.

The conclusions of the 2021 exploration programme, were that three significant and coherent multi-element anomalies were identified that provide important insights to the alteration, lithologies present and the style of mineralization. These targets are open and require additional investigations but appear to have the geochemical and alteration signatures akin to IOCG mineralization. The Company's geological models also suggest that these occurrences may be linked to similar deposits both in Canada and Scandinavia.

The Corporation acquired the right to conduct exploration activities on approximately 2486km(2) of the existing 2021/11 licence, split into two areas around the Qasinngortoq and Kangerlussuatsiaq areas of South Greenland ("Stendalen") through the acquisition from the Orano group as announced on 12 May, 2022. All related transfer documents have been signed by the Corporation and are awaiting approval by the Government of Greenland.

The Stendalen Iron-Vanadium-Titanium layered intrusive has previously been explored by the Geological Survey of Denmark and Greenland ("GEUS"), Softrock Mineral and NunaMineral A/S. This intrusive is eight km in diameter and hosts a magnetic layer up to 20 metres thick which has provided historical samples yielding between 1-10.5% titanium dioxide (TiO(2) ) (average of 4.8%) and 226-5,753ppm vanadium (V) (average 2,335ppm). Stendalen also hosts the potential for nickel, copper and platinum group element (PGE) mineralisation with grab samples providing grades of 0.8% copper, 0.5% nickel and 0.1% cobalt.

The Corporation believes that Stendalen could host Iron-Vanadium-Titanium mineralisation similar to the 1.55 billion tonne Øygrei deposit in southwest Norway. In addition to this, Stendalen has the potential to host mineralisation similar to that seen at Voisey's Bay in Labrador (36.8Mt @1.8% Nickel, 0.8%copper and 0.1% cobalt) which is also located along the Gardar-Voisey's Bay Fault Zone.

The Paatusoq REE, niobium, tantalum, zirconium project is a syenite complex that is 20 km in diameter covering an area of >240 km(2) within an unexplored section of the Gardar Province that also hosts the Kvanefjeld and Tanbreez rare earth projects. These projects collectively host more that 1.5% of the global rare earth mineral resources. The Paatusoq target is located within the same licence as Stendalen, acquired from the Orano group as announced on 12 May, 2022.

The Corporation acquired the right to conduct exploration activities on approximately 220km(2) of land in an area of Aputaajuitsoq in South Greenland. The exploration rights have been granted to the Corporation under a new separate Exploration Licence 2022/01, referred to as Kobberminebugt.

The area hosts numerous copper-gold showings including the small past-producing Josva copper mine, which was last worked in 1914 with reported grades up to 5% copper, 1.5 g/t gold and 250 g/t silver. Copper mineralisation discovered to date is found within volcanic and sedimentary sequences as disseminated stratabound sulphides, and are locally enriched into layers due to strong folding or in quartz veins and breccias. Sulphide concentrations vary from 1-50% volume depending on the style of mineralisation. Some showings can be followed for several hundred metres along strike with widths of up to several metres.

Mineralisation has been interpreted as IOCG style by the GEUS but may also represent a copper skarn system. The licence is located approximately 100 km west of AEX's Sava exploration project, which is similarly targeting granite hosted IOCG mineralisation in the Julianehåb granitic batholith. AEX believes that the region is underexplored for IOCG deposits and shows many geological similarities to the IOCG province of northern Sweden, which hosts several operating mines.

AEX's principal business objectives are the identification, acquisition, exploration and development of gold and Strategic Mineral properties in Greenland. The Corporation's principal asset is a 100% interest in the Nalunaq Project, an advanced exploration stage property with an exploitation licence including the previously operating Nalunaq gold mine. The Corporation has a portfolio of gold and Strategic Mineral assets covering 7,615.85km(2) , the largest mineral portfolio in Southern Greenland covering the two known gold belts in the region. AEX is incorporated under the Canada Business Corporations Act and wholly owns Nalunaq A/S, incorporated under the Greenland Public Companies Act.

The technical information presented in this press release has been approved by James Gilbertson CGeol, VP Exploration for AEX Gold and a Chartered Geologist with the Geological Society of London, and as such a Qualified Person as defined by NI 43-101. 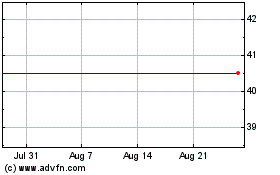 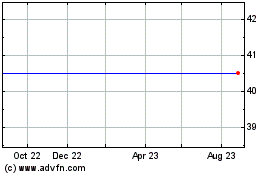 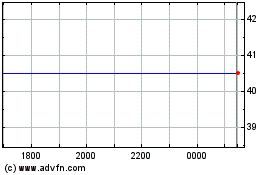