-- Alkemy to build Lithium Sulphate (LSM) plant at Port Hedland, in the Pilbara region of Western Australia to serve as a refining hub for Australian miners.

-- Port Hedland hosts the largest bulk export port in the world and the largest container port in Australia.

Alkemy announces a plan to build an LSM plant at Port Hedland in the Pilbara region of Western Australia.

"Alkemy is delighted to announce its plans to develop the Port Hedland LSM plant.

Importantly, it will also bring major downstream processing and value adding to the Pilbara region of Western Australia, with significant multiplier benefits for the local community, whilst reducing the carbon footprint of the end to end lithium battery cell supply chain to meet new European emissions standards."

Alkemy and its wholly-owned subsidiary TVL recently announced a supply agreement with leading global physical trader and merchant in metals and natural resources, Traxys North America LLC, a member of the Traxys Group of companies (" Traxys ").

Alkemy and TVL are partnering with Traxys to source and supply lithium feedstock for TVL's LHM processing facility in the UK.

This partnership with Traxys will also encompass the sourcing and supply of spodumene concentrate to the Port Hedland LSM plant for Train 1.

The Traxys partnership will offer existing and new Australian spodumene producers the opportunity to supply their spodumene concentrate to a merchant mid-stream lithum hydroxide refining solution through TVL's Port Hedland primary LSM plant in Australia and the Wilton LHM plant in the UK.

Based on market feedback to date, this offering is expected to be most attractive to Australian spodumene concentrate producers as it will provide them with:

-- Ability to reduce net carbon emissions in the lithium battery cell supply chain by lowering the volume of material transported to downstream refining capacity; and

More than 700 GW of lithium battery gigafactories are planned for construction across Europe which will require over 325,000 tonnes of LHM per annum from 2030.

Currently, there is no LHM production capacity in Europe or the UK.

Approximately half of the carbon footprint of a lithium battery cell is from t he mining and transport of the lithium raw materials in the battery cell.

Alkemy has identified Port Hedland as the optimal site for the proposed new LSM plant for a number of key reasons:

-- Well located for the import of spodumene production from other parts of Australia for conversion to primary LSM prior to export to the UK;

At this stage, Alkemy expects the plant to be located at a site close to Port Hedland. To view the map, please click on the following link:

Downstream processing of Australian critical mineral production is a key focus of the Australian Federal Government and the Western Australian State Government and Alkemy is very appreciative of the support already expressed by Government agencies for the Port Hedland LSM plant.

Construction of Train 1 of TVL's LHM processing facility at the Wilton International Chemicals Park in Teesside, UK, the first of 4 trains planned for the site, is due to commence at the end of this year.

By sourcing low carbon primary LSM from the Port Hedland plant and powering an electrochemical process with offshore wind, TVL is aiming to supply its customers in Europe and the UK with the world's lowest-carbon lithium hydroxide.

Alkemy also confirms that 100,000 options have been issued to consultants on the same terms as set out in the company's RNS dated 4 August.

Alkemy has completed a Class 4 Feasibility Study for its proposed lithium hydroxide facility which will process feedstock imported from various sources to produce 96,000 tonnes of premium, low-carbon lithium hydroxide annually, representing around 15% of Europe's projected demand.

This news release contains forward--looking information. The statements are based on reasonable assumptions and expectations of management and Alkemy provides no assurance that actual events will meet management's expectations. In certain cases, forward--looking information may be identified by such terms as "anticipates", "believes", "could", "estimates", "expects", "may", "shall", "will", or "would". Although Alkemy believes the expectations expressed in such forward--looking statements are based on reasonable assumptions, such statements are not guarantees of future performance and actual results or developments may differ materially from those projected. Mining exploration and development is an inherently risky business. In addition, factors that could cause actual events to differ materially from the forward-looking information stated herein include any factors which affect decisions to pursue mineral exploration on the relevant property and the ultimate exercise of option rights, which may include changes in market conditions, changes in metal prices, general economic and political conditions, environmental risks, and community and non-governmental actions. Such factors will also affect whether Alkemy will ultimately receive the benefits anticipated pursuant to relevant agreements. This list is not exhaustive of the factors that may affect any

of the forward--looking statements. These and other factors should be considered carefully and readers should not place undue reliance on forward-looking information. 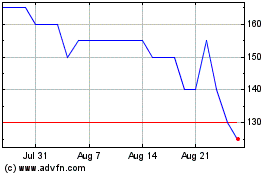 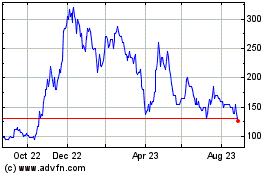 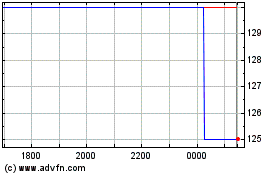