"We are pleased to report that, following recent reconnaissance exploration by the Company's Egyptian field team, 14 hard rock gold workings have been discovered at the Gabal Al-Shaluhl and Wadi Jundi projects, with an additional 35 targets still to be visited. These two projects comprise 1,044 km(2) of our total landholding of 1,565 km(2) in the highly prospective Eastern Desert of Egypt.

"Individual hard rock workings are up to 30m wide and 100m long and the presence of mechanised machinery at some of these suggests significant gold potential exists. In September, we announced the discovery of 37 hard rock workings across our Gabal om Ourada and Wadi Dubur gold projects. These recent discoveries increase the total number of hard rock gold workings discovered to date on our Projects in Egypt to 50.

"Our initial reconnaissance has underscored the significant prospectivity of the licence areas that Altus has selected and been awarded. We have recently established a high calibre technical and operational team in Egypt, which means we are in a strong position to aggressively advance exploration. I look forward to updating shareholders on the results of this work in due course."

Next Phase of exploration

Systematic target evaluation and ranking will commence shortly at the Projects. Ground work will include reconnaissance mapping as well as detailed structural, alteration and mineralisation mapping, along with grab and channel sampling.

The Projects were awarded to Akh Gold, as part of Egypt's inaugural competitive international exploration licence bid round, initiated by EMRA in 2020. All four Projects, which together comprise nine licence blocks covering 1,565 km(2) , are situated in eastern Egypt, between 30 km and 100 km from the Red Sea coast. The Projects have been awarded for an initial two-year term, with each Project renewable for up to two further periods, each of two years duration.

The Project is located approximately 40 km south of the historic El Sid gold mine, which reportedly contributed around 45% of Egypt's gold production during the 20th century, and is 115 km north-west of the Sukari gold mine, which produces approximately 400,000 ounces of gold per year. Mineralisation hosted at El Sid and Sukari is not necessarily indicative of mineralisation hosted at the Wadi Jundi Project. Wadi Jundi is directly accessible by secondary tracks from the Al Kosair-Qena asphalt highway, which runs along the Project's northern boundary and connects the city of Luxor and coastal town of Quseer.

The Project is located approximately 60 km south of the historic El Sid gold mine, and 115 km north-west of the Sukari gold mine. Mineralisation hosted at El Sid and Sukari is not necessarily indicative of mineralisation hosted at the Gabal Al-Shaluhl Project. Gabal Al-Shaluhl is accessible by secondary tracks from a major E-W asphalt road 30 km to the south, which connects to the Red Sea coastal town of Marsa Alam.

The Gabal Om Ourada Project consists of two licence blocks, covering a total area of 346 km(2) . The Project area hosts a north-west trending belt of serpentinised ophiolite and associated tectonic melange, schists, andesite and porhyryitic subvolcanic rocks, intruded by multiple syn- to late-tectonic granodiorite and late- to post-tectonic granite intrusions. Basement gneisses and mylonitic schists of the Meatiq Dome, a metamorphic core complex, outcrop in the south-west of the area and are separated from the younger rocks by a series of deep-seated north-west trending sinistral shear zones and north-east trending thrusts that are part of the crustal scale (>1,100 km long) Najd Fault Corridor. Altus believes Gabal Om Ourada is prospective for orogenic gold mineralisation hosted in an ophiolite belt proximal to a granite intrusion.

The Project is located approximately 30 km north-east of the historic El Sid gold mine, and 160 km north-west of the Sukari gold mine. Mineralisation hosted at El Sid and Sukari is not necessarily indicative of mineralisation hosted at the Gabal Om Ourada. Gabal Om Ourada is directly accessible by asphalt road from the Red Sea coastal city of El Quseir, located 30 km to the south-east.

The Project is located 5 km west of the historic Atud gold mine and approximately 40 km north-west of the Sukari gold mine (operated by LSE and TSX listed Centamin Plc). Mineralisation hosted at Atud and Sukari is not necessarily indicative of mineralisation hosted at the Wadi Dubar Project. Wadi Dubur is directly accessible by asphalt road from the Red Sea coastal town of Marsa Alam, 60 km to the east.

The technical disclosure in this regulatory announcement has been approved by Steven Poulton, Chief Executive of Altus. A graduate of the University of Southampton in Geology (Hons), he also holds a Master's degree from the Camborne School of Mines (Exeter University) in Mining Geology. He is a Fellow of the Institute of Materials, Minerals and Mining and has over 20 years of experience in mineral exploration and is a Qualified Person under the AIM rules and NI 43-101.

Altus Strategies (AIM: ALS, TSX-V: ALTS & OTCQX: ALTUF) is a mining royalty company generating a diversified and precious metal focused portfolio of assets. The Company's differentiated approach of generating royalties on its own discoveries in Africa and acquiring royalties globally through financings and acquisitions with third parties, has attracted key institutional investor backing. The Company engages constructively with all stakeholders, working diligently to minimise its environmental impact and to promote positive economic and social outcomes in the communities where it operates. For further information, please visit www.altus-strategies.com .

Certain information included in this announcement, including information relating to future financial or operating performance and other statements that express the expectations of the Directors or estimates of future performance constitute "forward-looking statements". These statements address future events and conditions and, as such, involve known and unknown risks, uncertainties and other factors which may cause the actual results, performance or achievements to be materially different from any future results, performance or achievements expressed or implied by the statements. Such factors include, without limitation, the completion of planned expenditures, the ability to complete exploration programmes on schedule and the success of exploration programmes. Readers are cautioned not to place undue reliance on the forward-looking information, which speak only as of the date of this announcement and the forward-looking statements contained in this announcement are expressly qualified in their entirety by this cautionary statement.

Where the Company expresses or implies an expectation or belief as to future events or results, such expectation or belief is based on assumptions made in good faith and believed to have a reasonable basis. The forward-looking statements contained in this announcement are made as at the date hereof and the Company assumes no obligation to publicly update or revise any forward-looking information or any forward-looking statements contained in any other announcements whether as a result of new information, future events or otherwise, except as required under applicable law and regulations.

Neither the TSX Venture Exchange nor the Investment Industry Regulatory Organisation of Canada accepts responsibility for the adequacy or accuracy of this release.

"Qualified Person" means a person that has the education, skills and professional credentials to act as a qualified person under NI 43-101 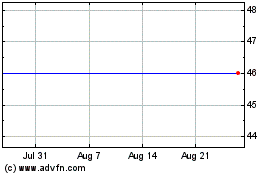 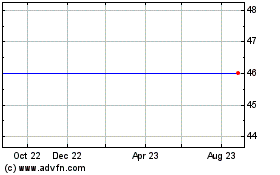 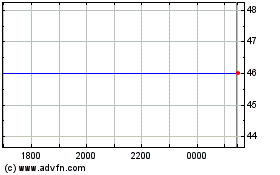