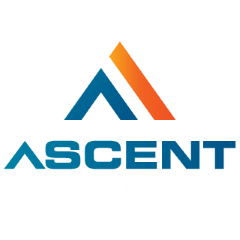 Ascent Resources Plc (LON: AST), the onshore Hispanic American and European focussed energy and natural resources company, announces the formal submission of the request for arbitration against the Republic of Slovenia, which includes an updated preliminary damages assessment in excess of EUR500 million.

Ascent Resources Plc and Ascent Slovenia Ltd (together, the "Investors") have submitted their dispute with the Republic of Slovenia (the "Respondent" or "Slovenia") to arbitration administered by the International Centre for Settlement of Investment Disputes ("ICSID"). The request for arbitration follows the Notices of Dispute filed by Ascent Resources Plc ("Ascent UK") and Ascent Slovenia Ltd ("Ascent Malta") on 23 July 2020 and 5 May 2022 respectively in which Slovenia was formally notified of the existence of a dispute under the Energy Charter Treaty ("ECT") and the UK-Slovenia bilateral investment treaty ("BIT"). The Request for Arbitration ("Request") is submitted pursuant to Article 26 of the ECT and Article 8 of the 1996 Agreement between the Government of the United Kingdom of Great Britain and Northern Ireland and the Government of the Republic of Slovenia for the Promotion and Protection of Investments.

Ascent UK and Ascent Malta bring this claim in relation to Slovenia's measures that have destroyed the value of Ascent's investments in the Slovenian energy sector, and which have de facto deprived Ascent of its right to produce gas in Slovenia. Ascent's rights have been unlawfully expropriated by Slovenia, in breach of the country's obligations under international law and both the ECT and the BIT. The Investors have therefore sustained losses for which they are seeking compensation. According to the Investors' preliminary estimates, the losses sustained are in excess of EUR500 million. It should be cautioned that in the event the Company is successful in its claim any amount actually received by the Company may be significantly lower.

The Investors are represented by ENYO LAW in this legal matter, as announced on 30 May 2022.

The claim is based on what the Board believe to be a populist campaign carried out by Slovenia against the Investors and their Investment, which has prevented the development of the Petišovci oil and gas field.

In particular, Slovenia has prevented the restimulation of two wells (PG-10 and PG-11a, the "Wells") in 2017, which was necessary to maintain the levels of gas produced from the tight rock reservoir (as has been done multiple times over the last fifty years). This frustration to the ability to develop the field was achieved via a decision of its regulator, the Slovenian Environment Agency ("ARSO"), which determined that an Environmental Impact Assessment ("EIA") would be required to be approved in order to conduct the low-volume hydraulic stimulation, even though such an EIA was not required and never had been previously under Slovenian law, and ARSO's conclusion was contrary to the conclusion of Slovenia's own expert bodies. This decision significantly slowed down the development of the field by the Investors. Pending such low-volume hydraulic stimulation, the amount of gas produced by the field was very significantly reduced, resulting in a significant loss of the Investors' revenues.

At the same time, the Minister of the Environment and Spatial Planning of Slovenia repeatedly made public statements portraying the Investors, as well as the Petišovci project, in a negative light, and the Company believes that leaks were made by ARSO to the press. This further demonstrates that ARSO was biased against the Investors and that the ARSO's decision was politically motivated.

Slovenia's campaign against the Investors culminated in a complete ban on low-volume hydraulic stimulation, which came in effect on 5 May 2022. The Board believes that statements made during the parliamentary debate on the Ban leave no doubt that the Investors were being specifically targeted by it.

"We have, today, formally initiated arbitration proceedings against the Republic of Slovenia, following the closing of our "no win - no fee" style funding arrangement in May. The formal request for arbitration is a detailed thirty two page document, plus supporting materials, setting out our case and includes an initial estimate of damages in excess of EUR500 million. The Company remains amenable to discussing settlement with the Republic of Slovenia following its review of the matter or otherwise pursing our damages claim through to a binding result for the Company." 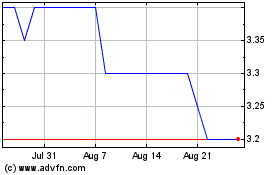 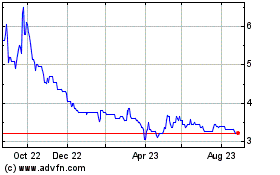 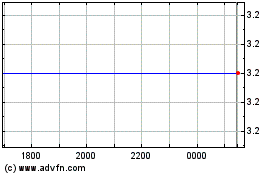