SYDNEY--Australia's Woodside Petroleum Ltd. believes there is plenty of scope for growth in the Gulf of Mexico following an agreement to buy BHP Group Ltd.'s global oil-and-gas business--a deal that's also given Woodside significant confidence it can proceed to make an investment decision on the Scarborough natural-gas project this year, its new chief executive said.

Speaking in an interview, Meg O'Neill said Woodside and BHP have established an integration team that will, among other things, put together a way to prioritize Woodside's future investments provided the proposed all-stock deal is completed next year as planned. The companies announced the tie-up earlier this month, saying it would turn Woodside a global top-10 independent energy company by production.

"One of the things that I think is really exciting about the merger is it does give us a substantially increased growth optionality when we look at the quality assets in the Gulf of Mexico, the quality assets we have here in Australia and then other opportunities in places like Trinidad, Tobago, Mexico and Senegal," said Ms. O'Neill.

Ms. O'Neill highlighted BHP's Gulf of Mexico operations--which include the Shenzi North oil project that BHP recently committed US$544 million to developing--as very significant assets that Woodside would intend to press ahead on. "We believe there is significant running room in those assets," she said.

As part of the deal, Woodside and BHP also devised a plan to target a final investment decision on the Scarborough project in Australia by the end of 2021, with BHP having an option to sell its 26.5% stake for US$1 billion if that decision happens before Dec. 15.

"In many ways, this gives ourselves and gives the market and gives other potential investors confidence that we've got the alignment with BHP towards taking that decision," Ms. O'Neill said. 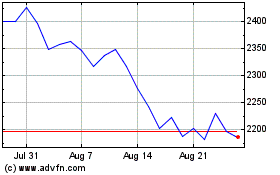 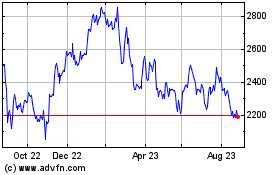