Further to the announcement made by the Company on 12 April 2022, the board of directors of BIH (the "BIH Board") announces that it has conditionally raised funding of GBP334,890 (before expenses) of which GBP187,033 was raised via the issue of 18,703,306 new ordinary shares in the Company at a placing price of 1 pence per share (the "Placing").

As part of the Placing, Borden James, a Director of the Company, instructed the Company to allot and issue to a Peterhouse Capital Limited ("Peterhouse") controlled placing account, the 29,571,400 Ordinary Shares originally due to be allotted and issued directly to him. These 29,571,400 shares have been immediately placed by Peterhouse as part of the Placing, and the GBP147,857 proceeds received by Mr James have simultaneously been reinvested back into the Company, via the issue to Mr James by BIH of a new convertible loan note .

Further information on the Placing and the Disposal can be found below.

Applications for Admission of the New Ordinary Shares

Applications have been made to the FCA and the London Stock Exchange for the 18,703,306 new ordinary shares to be admitted to listing on the Official List (standard listing segment) and to trading on the London Stock Exchange's main market for listed securities ("Admission"). It is expected that Admission will become effective and trading in such new ordinary shares will commence at 8.00 a.m. on 26 April 2022.

The above figure of 112,219,843 may therefore be used by shareholders as the denominator for the calculation by which they may determine if they are required to notify their interest in, or change to their interest in, the Company under the FCA's Disclosure Guidance and Transparency Rules.

As outlined above, Peterhouse has sold all of the 29,571,400 new ordinary shares recently issued on conversion by Borden James of GBP295,714 existing convertible loan notes held by him, as announced by the Company on 12 April 2022, Again as outlined above, Mr James has used the sale proceeds to subscribe for GBP147,857 principal of new convertible loan notes to be issued by the Company ("New Convertible Loan Notes") with a conversion price of 0.5 pence per share.

Following the Placing, Borden James holds no Ordinary Shares in the Company.

The Company has committed to convene a general meeting of shareholders of the Company (a "General Meeting") to sub-divide and convert each ordinary share of 1 pence in the Company into one ordinary share of 0.1 pence and one deferred share of 0.9 pence (such deferred shares having no voting or dividend rights and being effectively worthless) (the "Share Capital Reorganisation"). The New Convertible Loan Notes provide for conversion into:-

- 29,571,400 new ordinary shares of 0.1 pence each in the Company issued at 0.5 pence per share if the Share Capital Reorganisation has taken place at the time of conversion; or

The issue of the New Convertible Loan Notes to Borden James, an existing Director of BIH, constitutes a 'related party transaction' for the purposes of the Listing Rules. Christopher Pitman, Martin Lampshire and Richard Hartheimer, the three other Directors of BIH, consider that the terms of such 'related party transaction' are fair and reasonable insofar as the shareholders of BIH are concerned and accordingly have approved it. Borden James did not participate in the approval of, or vote on, such transaction.

It has recently come to the attention of the BIH Board that the value of the Company's net assets is less than half of its called-up share capital and that is deemed to be a 'serious loss of capital' within the meaning of section 656 of the Companies Act 2006 (the "Companies Act").

In such circumstances, the Directors of the Company are required, pursuant to section 656(1) of the Companies Act, to call a general meeting to consider whether any, and if so what, steps should be taken to deal with the situation. Accordingly, the business to be conducted at the General Meeting (referred to above for the purposes of approving the Share Capital Reorganisation) will also include consideration of what, if any, such steps should be taken.

Whilst the Placing, which will raise GBP187,033 (before expenses) for the Company, and the receipt of the GBP147,857 subscription monies for the New Convertible Loan Notes will not result in the Company's net assets equalling or exceeding half of its called-up share capital, it will go some way to addressing the position.

A circular containing notice of a General Meeting will therefore be despatched shortly.

The following information relating to the transactions by Borden James has been filed with the FCA in accordance with Article 19(1) of UK MAR.

Notification and public disclosure of transactions by persons discharging managerial responsibilities and persons closely associated with them. 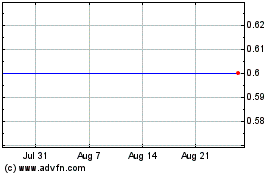 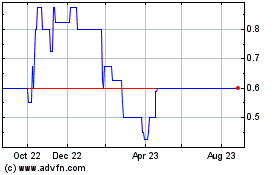 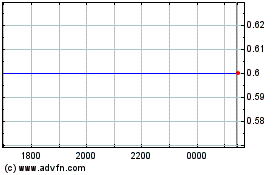