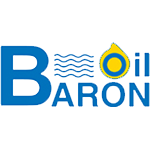 AGM Statement and Result of Meeting

Progress since the beginning of the year has exceeded the Board's expectations both at the asset level as well as from a corporate perspective.

Building on the work carried out during 2020, we announced a significant upgrade in the Chuditch PSC ("Chuditch PSC" or "PSC") non-SPE PRMS compliant gross volumes, which included a significant new lead and a year's extension of the PSC to enable the timely completion of the committed work programme. TGS-NOPEC Geophysical Company ASA ("TGS") was engaged in April for the licensing and reprocessing of 1,270km(2) of 3D seismic data covering the Chuditch-1 discovery and adjacent prospects. This re-processing programme is underway with results expected to be delivered across the period from Q4 2021 to Q2 2022. In parallel, seismic data interpretation, geological and other studies will occur ahead of a decision by Q4 2022 on whether to enter the drilling phase, with the potential for a high impact drilling programme in 2023.

From a corporate perspective, we raised funds of GBP3m (gross) in March which allowed us to complete an Earn In to increase our shareholding in SundaGas Timor-Leste (Sahul) Pte. Ltd. ("TLS") to 85% (an effective interest in the PSC of 63.75%). TLS' wholly owned subsidiary SundaGas Banda Unipessoal Lda ("Banda") is the operator of, and 75% interest holder in, the Chuditch PSC. Subsequently we moved to fully align the interests of Baron and SundaGas Pte. Ltd ("SGPL") by way of a Share Exchange, with Baron acquiring the remaining 15% of TLS in exchange for new Baron shares representing 9.99% of the Company's share capital. Baron is now the sole shareholder of TLS and has a 75% effective interest in the PSC, with the remaining 25% interest held by Timor Gap, the Timor-Leste state oil company. SGPL has become a significant shareholder in Baron and SGPL's team, which is currently under contract to TLS and operating the Chuditch PSC, remains in place.

The move to full ownership of TLS represents an important strategic move. A key objective for the Chuditch PSC in 2022 is to attract drill funding for which there are multiple options and alternatives. Building on our earlier work, the next steps are to establish the drill funding objectives, agree the marketing programme and identify the main partner targets. SGPL's team members have extensive operating experience in South East Asia and a significant record of achieving successful farmouts spanning multiple countries and including transactions with super major oil and gas companies, large and smaller regional players, and private equity.

The recent uptick in oil & gas activity in the Timor Sea region, including infill drilling at Bayu-Undan (the only producing field currently in Timor-Leste), continues and will be key to the successful evacuation and monetisation of gas from the area. Expenditure of more than US$4.5 billion has been committed to extend the life of existing fields and pipelines, bring new fields onstream, and increase capacity at the Wickham Point, Darwin LNG plant.

SundaGas Banda, the operator of the Chuditch PSC, has pre-qualified for the Timor-Leste Second Licensing Round for seven onshore and eleven offshore blocks, which closes in October 2021. Banda is currently evaluating the available technical data in order to high grade blocks of potential interest.

Despite the ongoing COVID-19 restrictions in Peru, which have continued to prevent any progress in relation to the drilling project, there appears to be some movement around our application for a three-year extension option to the licence, a prerequisite for attracting a drilling partner during the current licence phase. We understand that Perupetro, the Peru state regulatory authority, has initiated the prescribed Government approval process which requires sign off from the Ministry of Energy and Mines and Ministry of Economy before going to the Central Bank and Presidential Palace for signature. The Board understands that this process typically takes between three to six months. If successful, this would help open up a way forward for the project.

In the meanwhile, we maintain a preference for bringing in a drilling partner with operator capabilities as we believe this represents the best way to develop and monetise any discovery. However, it remains unclear how quickly oil and gas exploration activity might recover once COVID restrictions have been lifted. For the moment, the licence remains in Force Majeure.

Whilst there are issues around the most recent national presidential elections, in the Piura area where the proposed well would be situated, a regional president and council are in place. This will be of assistance in due course as we have a requirement to undertake workshops in the local communities of Belisario and El Barco ahead of any drilling authorisation.

As previously indicated, the Company intends to make a decision on the drilling of the El Barco-3X project during the second half of 2021.

Covering blocks 12/27c, 17/5, 18/1 and 18/2 in the Inner Moray Firth part of the North Sea, the P2478 licence contains the Dunrobin prospect which consists of large shallow rotated fault blocks which are mapped mostly on 3D seismic data including candidate direct hydrocarbon indicators. The prospect is believed to be one of the few remaining undrilled UK North Sea targets having Pmean prospective resources of the order of 100 MMBOE. The licence's current modest work commitment is to undertake reprocessing of legacy 2D and 3D seismic data and other subsurface studies in order to reduce risk and refine volumetric estimates ahead of making a "drill or drop" decision before the end of Phase A of the licence period in July 2023. The prospect lies at shallow depth (c. 660 metres subsea) in shallow waters (c. 75 metres).

The regional study work, carried out by a large European E&P Company, which included the area over Licence P2478, confirmed and enhanced our geological understanding and corroborated our view of Dunrobin as a potentially attractive and substantial target. The results are being incorporated into the ongoing work programme which includes preparations for the seismic reprocessing in order to reduce further the pre-drill risk on the prospect.

The relative size and ease of drilling make the Dunrobin prospect a potential good fit for Baron's corporate strategy. There are signs of industry interest returning to the UK North Sea which could lead to a decision to pursue the licence into the drilling phase in 2023. We are active within the joint venture to press ahead with technical work during the remainder of 2021 in order to position ourselves to take advantage.

The Company is pleased to inform shareholders that each of its six resolutions were duly passed by more than 93% of votes in favour at its Annual General Meeting held earlier today.

Pursuant to the requirements of the AIM Rules - Note for Mining and Oil and Gas Companies, the technical information and resource reporting contained in this announcement has been reviewed by Jon Ford BSc, Fellow of the Geological Society, Technical Director of the Company. Mr Ford has more than 39 years' experience as a petroleum geoscientist. He has compiled, read and approved the technical disclosure in this regulatory announcement and indicated where it does not comply with the Society of Petroleum Engineers' standard.

"Now that the Chuditch PSC project is moving ahead at pace and with the alignment of our interests with SGPL successfully completed, we are well placed to build on our earlier initiatives around attracting drill funding in parallel with the TGS 3D seismic licensing and reprocessing programme. In Peru, we intend to make a decision on the drilling of the El Barco-3X project during the second half of 2021 and in the UK, we will be looking to enhance the value of the large Dunrobin prospect during the remainder of 2021 in order to make an informed and timely decision on entering any drilling phase." 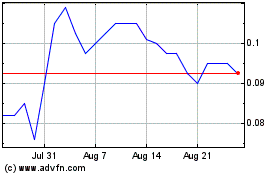 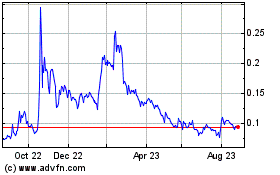 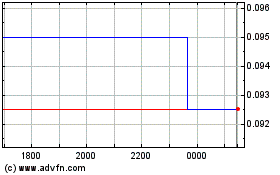