THIS ANNOUNCEMENT IS A CORRECTION: The Ten Largest Holdings as at 30 September
2021 in the announcement released on 18 October 2021 were incorrectly stated
and have now been updated. All other information remains unchanged.


The information contained in this release was correct as at 30 September 2021.  Information on the Company’s up to date net asset values can be found on the London Stock Exchange Website at

All information is at 30 September 2021 and unaudited.

***Calculated as a percentage of average net assets and using expenses, excluding Performance fees and interest costs for the year ended 30 September 2020.

September saw our benchmark extend its YTD outperformance over Emerging Markets.  Given the delay in vaccination rollout, many frontier and emerging countries are now just starting to see the acceleration in economic activity which more developed countries have been enjoying through 2021. Continued high commodity prices are driving exports and helping to support trade balances in countries such as Chile, Saudi Arabia and Indonesia. Emerging markets have been hurt by a substantial negative contribution from China (-17% YTD), where increased government regulations in the internet, education and financial sectors coupled with a slowdown in economic activity have weighed on sentiment.

In terms of contributors to performance over the month, the largest driver was our stock selection in Vietnam, especially electronics retailer Mobile World (+15.2%).  We participated in the IPO of Arabian Internet and Communication Services, the technology solutions arm of Saudi Telecom which was additive with the stock up strongly after the IPO (+29.9%). Kazakh uranium producer Kazatomprom (+25.7%) was an additional contributor. An underweight position in Thailand also helped returns.

Primary detractors from performance in August were our holdings in Greece, particular in financials National Bank of Greece (-7.3%) and Eurobank (-1.5%).  While our holdings in Greece hurt returns this month, we remain confident in our holdings there. Our position in Ukraine via metals player Ferrexpo (-16.0%) hurt returns as the stock continued to come under pressure from a normalization in iron ore prices. Elsewhere our holdings in Chile through pulp and paper company CMPC (-12.4%) and retailer Falabella (-11.0%) were additional detractors amid volatility leading into the November presidential election.

We made a few changes to the portfolio in September. We initiated a position in Arabian Internet and Communication Services as part of its IPO. We see substantial upside for the stock to re-rate compared to peers trading on higher multiples. We upped our holdings in Indonesia given the underperformance of the region and our expectations of a COVID reopening rally as we have seen elsewhere. We added financial Rakyat which is being weighed down by concerns over its rights issue and asset quality. In our view their return on assets is high and we believe they can generate sufficient profitability to grow out of these problems and return to generating a higher ROE. Elsewhere in Asia we moved around our Thai holdings, swapping out Energy company PTT which had rallied with oil and into hospital operator BDMS which we think could benefit from the re-opening of tourism to the country. We trimmed a number of our holdings on strength including Saudi mining company Maaden, Kazakh Uranium producer Nak Kazatromprom and port management company International Container Terminal based in the Philippines. We also sold down Turkish airline Pegasus on macro policy concerns.

Overall, for countries that have stable macro environments and have made timely progress in vaccination rollouts, we believe the global macro recovery provides a favourable backdrop to recover lost economic productivity. Valuations in a lot of the frontier end emerging markets remain attractive relative to their own history and also relative to the more evolved markets. We believe our opportunity set is a compelling universe to generate alpha.

Latest information is available by typing www.blackrock.com/uk/brfi on the internet, "BLRKINDEX" on Reuters, "BLRK" on Bloomberg or "8800" on Topic 3 (ICV terminal). Neither the contents of the Manager’s website nor the contents of any website accessible from hyperlinks on BlackRock’s website (or any other website) is incorporated into, or forms part of, this announcement. 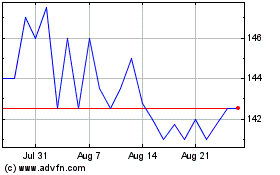 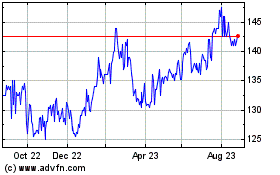 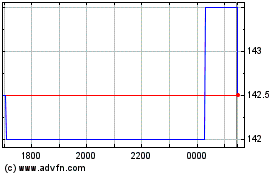