Gfinity (AIM: GFIN), a world-leading esports and gaming solutions provider, today announces it has entered into a commercial agreement with Coca-Cola Hellenic Bottling Company (Coca-Cola HBC) as the tournament operator for its upcoming Coca-Cola COPA Challenge, presented by The Coca Cola Company.

The Coca-Cola COPA Challenge (https://www.coca-colacopa.com/ie) is a new competitive gaming tournament launched by Coca-Cola HBC and presented by The Coca Cola Company, which will see gaming influencers compete against one another at the prominent Football Manager title. Football Manager is the highly popular football management simulation game developed by British developer Sports Interactive and published by SEGA.

The month-long tournament will run throughout October consisting of 8 shows broadcast digitally. This includes four shows consisting of players choosing their teams, and four full competition shows. Gfinity will work alongside Coca-Cola HBC to ensure the effective management of the event across the Republic of Ireland, as well as in Italy, in partnership with Italian tournament organiser PG Esports. Under the terms of the agreement, Gfinity will be responsible for the full operation of the tournament from the design stage through to launch and broadcast delivery.

The tournament has been designed to be interactive, with viewers able to directly influence the event by voting on weekly challenges for players, enabling players to choose their teammates. Coca-Cola HBC is also partnering with Just Eat both in the Republic of Ireland and in Italy, to offer exclusive discounts on meals for viewers during the shows, enhancing their overall experience.

In addition, Gfinity also announces today it has been appointed by ASK4 as the tournament operator for the company's sponsored FIFA 22 tournament for students in purpose-built student accommodation. The tournament will run week commencing 20(th) November 2021.

ASK4 is a specialist Internet service provider, delivering superfast connections to students and residents in multi-tenant buildings throughout the UK and Europe. Gfinity will be responsible for the full operation of the tournament, delivering an engaging experience for students at selected purpose-built student accommodation buildings in Sheffield (the home of ASK4), Leeds, Manchester and Birmingham.

One of Gfinitys strategic priorities is to deliver esports and gaming solutions for some of the world's biggest brands and we are delighted to be working with Coca-Cola to operate what will be a very exciting tournament. Football Manager has been a household name for many years, and we look forward to hosting the Coca-Cola COPA Challenge.

Our partnership with ASK4 is also another example of our commitment to building communities for gaming brands across the spectrum, in enabling them to capture the imagination of fans around the world.

We are delighted to be working with Gfinity on ASK4s upcoming FIFA tournament. We were aware of the many exciting projects and events Gfinity have worked on in the past and were keen to bring their expertise and tournament experience on board. We will be staging the tournament for our clients in Sheffield, Leeds, Manchester and Birmingham with the aim of expanding the tournament across the UK and Europe over the coming years. We are looking forward to a successful event and hope to be working with Gfinity on similar projects in the future.

The Coca-Cola COPA Challenge will be operated by Gfinity and PG Esports on behalf of Coca Cola HBC. This is an unofficial tournament and neither SEGA nor Sports Interactive have been involved in its creation or execution.

Gfinity (AIM: GFIN) is a world leading esports business. Created by gamers for the world's 2.7 billion gamers, Gfinity has a unique understanding of this fast-growing global community. It uses this expertise both to provide advisory services and to design, develop and deliver unparalleled experiences and winning strategies for game publishers, sports rights holders, commercial partners and media companies.

Gfinity connects its partners with the esports community in authentic and innovative ways. This consists of on-- and off-line competitions and industry--leading content production. Relationships include EA SPORTS, Activision Blizzard, F1 Esports Series and the Forza Racing Championship.

All Gfinity services are underpinned by the Company's proprietary technology platform delivering a level playing field for all competitors and supporting scalable multi-format leagues, ladders and knockout competitions.

This information is provided by Reach, the non-regulatory press release distribution service of RNS, part of the London Stock Exchange. Terms and conditions relating to the use and distribution of this information may apply. For further information, please contact rns@lseg.com or visit www.rns.com. 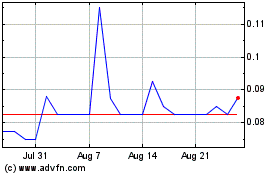 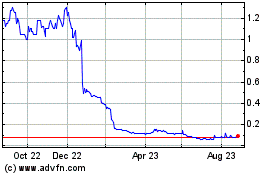 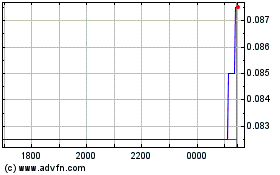