Discovery of Nickel Targets at the Bulawayo Gold Project, Zimbabwe

Galileo Resources plc ("Galileo "or the "Company") is pleased to report that several potential nickel targets were also highlighted in the recent airborne geophysical survey over the two exploration licences ("the Licences") comprising the Bulawayo Gold Project in Zimbabwe alongside the gold potential targets in the survey reported in the announcement of 16 August 2022.

-- In addition to the recently reported gold targets generated by the interpretation of a new aeromagnetic and radiometric geophysical survey undertaken by Xcalibur Airborne Geophysics (Pty) Ltd, the external consultant has reported on several areas with nickel potential that have also been identified in combination with geological mapping and historic soil geochemical data

-- The Licences include large areas covered by younger rocks and alluvium. The recent interpretation of geophysical data indicates the presence of greenstone belts, banded iron formation and geological structures conducive to both gold and nickel mineralisation found beneath this cover where historically no exploration has taken place.

-- Nickel sulphide deposits in Zimbabwe are located in Archean rocks of komatiitic composition within greenstone belts, mafic - ultramafic intrusions or the Great Dyke. The recent interpretation has identified both potential mafic and komatiitic host rocks on the Licences.

-- Three nickel targets with the potential for follow up have been identified together with several further sites of interest:

o A 1.5km long soil geochemical anomaly up to 1,700ppm Ni with a coincident magnetic signature has been highlighted from historic sampling in the Fingo area in close association with a nearby granite body and faulting. Mineralisation is hosted by an elliptical meta-basalt, a known receptive host for nickel mineralisation.

o An entirely new discovery has also been made, a second magnetic elliptical feature within the same granite which does not appear on the relevant Zimbabwean geological map covering the area. The rocks are interpreted as meta-gabbro and meta-basalt, both suitable nickel hosts.

o The Kenyane Dyke Target is a 12.6km long north-south trending magnetic anomaly that passes largely beneath Karoo cover. This extensive, previously unmapped feature comprises up to three dykes merging into one very wide structure. The structure is thought to comprise meta-gabbro and possibly layered ultra-mafic lithologies which are suitable hosts for nickel mineralisation.

-- Several other potential nickel targets within the Licences are characterised by komatiitic rock, an ultra-mafic host associated with nickel mineralisation found at the Shangani nickel mine situated outside the licences NNE of Bulawayo. These other targets often have granitic intrusions and geological structures in close association, potentially providing features diagnostic of nickel mineralisation.

Colin Bird Chairman & CEO said "We are delighted also to report that one outcome of the recent survey has been an early indication of the possibility of the presence of nickel on our licences which was unexpected and a bonus to the Company's gold mission . A review of the geological archive has highlighted potential by referencing Phoenix, Selkirk, Empress, Hunters Road, Epoch, Damba, Mimosa, Trojan and Selukwe among the better-known Zimbabwe and Botswana nickel sulphide deposits associated with greenstone belts, faults, and the Great Dyke. The majority of these deposits are greenstone-hosted deposits found in meta-gabbro rocks similar to the principal targets we have identified in our survey. The Shangani mine located closest to our 12.6km long Kenyane nickel target contains an estimated 12Mt of ore at 0.56% Ni and is an integral part of the Bindura Nickel Corporation's portfolio. We look forward to evaluating the principal targets identified so far together with the other nickel anomalies now in the exploration inventory and will report back to shareholders as work advances."

The Survey comprised an Xcalibur aeromagnetic - radiometric survey, flown at low-level (35m) and on 100m line spacing. The low-lying topography and limited powerlines crossing the survey area allowed for low-level flight and an extremely high-quality data set for interpretation. A small area of the Survey had been previously flown by another recognised contractor at 60m elevation and on 75m line spacing and this data was re-interpreted along with the newer Xcalibur data set.

The objective of the survey and subsequent interpretation is to map both magnetic greenstone lithologies under cover and geological structure, in as much detail as possible. The interpretation will then direct further exploration, particularly in the thinly covered areas. The known nickel and gold occurrences, soil data, mines and mining claims in the area provide additional information layers that will be used to aid interpretation.

The area surveyed is a granite-greenstone terrane in which numerous gold occurrences and gold mines are located. The greenstones consist of andesitic to rhyolitic meta-volcanics mixed with various meta-sediments. Gold mineralisation characteristically occurs in "reefs" and quartz-rich shear zone settings. With the exception of a granite outcrop in the SE part of the area under licence, the northern, western, and central parts are partially covered by Karoo sandstone and basalt, as well as some Kalahari sand. The extensive nature of younger cover historically discouraged exploration where outcrop was absent. These covered areas, particularly where greenstone host rocks and coincident geological structures have been interpreted now offer a unique opportunity for the discovery of new gold deposits.

Mafic and ultramafic rocks within Archean greenstone sequences and the Great Dyke are known to host nickel deposits in Zimbabwe. Other mafic-hosted deposits can be found in eastern Botswana on the border with Zimbabwe. Traditionally, among base metals exploited in Zimbabwe, nickel predominates in terms of total production value. Nickel is produced from several mines located within greenstone belts and as a by-product from mining of Platinum Group Metals.

Technical information in this announcement has been reviewed by Edward (Ed) Slowey, BSc, P.Geo, Technical Director of Galileo. Mr Slowey is a geologist with more than 40 years' relevant experience in mineral exploration and mining, a founder member of the Institute of Geologists of Ireland and is a Qualified Person under the AIM rules. Mr Slowey has reviewed and approved this announcement. 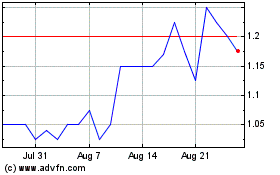 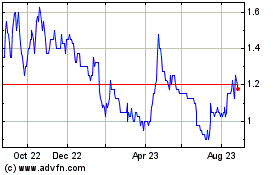 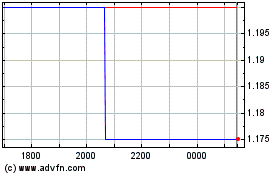