UPDATE ON DISCUSSIONS WITH THE DFT REGARDING LSER

AND DELAY TO ANNOUNCEMENT OF FY21 RESULTS

The Go-Ahead Group today announces an update on discussions with the Department for Transport (DfT) regarding London & South Eastern Railway Ltd (LSER) and the expected date for publication of the Group's financial results for the year ended 3 July 2021 (FY21), previously expected to be 16 December 2021.

Update on discussions with the DfT regarding LSER

As announced on 28 September 2021, the Operator of Last Resort took over delivery of passenger services on the Southeastern franchise when its existing contract expired on 17 October 2021. The DfT's decision not to award a National Rail Contract to LSER from this date was as a consequence of discussions with the DfT regarding the calculation of profit share payable by LSER under franchise agreements and the treatment of certain overpayments made by the DfT to LSER over the course of the franchise agreements.

Go-Ahead has been focused on open collaborative and constructive engagement with the DfT in order to reach a full and satisfactory settlement with the DfT. An independent committee comprising the Chairs of LSER's shareholders (Go-Ahead and Keolis UK) commissioned an independent review, led by external legal and accounting advisers, into LSER's performance of its contractual obligations under the Southeastern franchise agreements. The findings of this review have now been shared with the DfT.

Notwithstanding the complexity of the franchise agreements relating to LSER, the review has found that serious errors were made by LSER with respect to its engagement with the DfT over several years. In particular, the Group accepts that, by failing to notify the DfT of certain overpayments or monies due to the DfT, LSER breached contractual obligations of good faith contained in the franchise agreements. Accordingly, the Group has apologised to the DfT.

As previously disclosed, the DfT has confirmed that it is considering its options for enforcement action in relation to this matter, including imposing a financial penalty under the Railways Act 1993. In the absence of specific precedent or relevant guidance, it is difficult to estimate precisely the likely quantum of any penalty. However, the Group is considering with Deloitte the inclusion of a provision in the FY21 financial statements.

The behaviours identified by the independent committee which contributed to the management of LSER's contract with the DfT do not reflect the values and standards of conduct that the Group expects of its colleagues. Whilst the Board is of the view that the Group has good corporate governance arrangements in place, it will take this opportunity to further enhance certain aspects to better safeguard and assure the compliance obligations of complex long term rail contracts.

Further details relating to these matters will be set out with the FY21 results.

Update on expected date of publication of FY21 results

The independent committee's report has also been shared with Deloitte. As a result of the complex, detailed nature of the report, the Group and Deloitte have concluded that additional time is required to consider the implications of the report's findings for the FY21 results and that it will not be possible to complete the audit before 3 January 2022. This is the latest date permitted for publication of the FY21 results under the Financial Conduct Authority (FCA)'s Disclosure Guidance and Transparency Rules. After consultation with the FCA, the Group anticipates that trading in its shares will be temporarily suspended with effect from 7.00 a.m. on 4 January 2022 until publication of the FY21 results. Application will be made to the FCA requesting suspension of trading in the Group's shares in due course.

The Group is working closely with Deloitte to ensure that the FY21 results are published as soon as possible. This is now expected to be before the end of January 2022.

On 8 November 2021, the Group announced that the FY21 results remained in line with the Board's expectations. Whilst the audit is ongoing, the Board's current expectations are that adjusted operating profit for the rail division will now be ahead of previous expectations, in part reflecting the treatment of certain non-recurring items in rail. Expectations for the regional bus and London & International bus divisions are unchanged.

The Group also highlighted on 8 November that government funding arrangements in relation to its Norway rail business for the remainder of the current financial year had not yet been agreed. Whilst discussions are ongoing regarding the continuation of government support of rail services, unless a satisfactory agreement can be reached, the Board expects that a material provision would be required in the FY21 results for potential losses in our rail contract in Norway.

In German rail, following the recognition of a GBP25.9m provision in the first half of the year reflecting latest financial projections for the contracts in Bavaria, a further provision of up to GBP10m is expected to be recognised in the FY21 results. The Board's expectation is that provisions for both Norway and Germany would be treated as exceptional items.

The audit of the FY21 results is ongoing and all of the expectations referenced in this announcement are subject to audit sign off.

The Group's Annual General Meeting will take place on 21 December 2021 and will be held in accordance with applicable COVID-19 rules and guidance. As previously announced, the Group is required to convene a separate shareholder meeting in connection with the Group's annual report and accounts and certain other matters ordinarily put to shareholders at the Group's Annual General Meeting. The details and timing of this meeting, previously expected to take place in February 2022, will be confirmed in due course.

The person responsible for arranging the release of this announcement on behalf of the Group is Carolyn Ferguson, Company Secretary.

Go-Ahead is a leading public transport operator, connecting communities through bus and rail services. Our purpose is to be the local partner taking care of journeys that enhance the lives and wellbeing of our communities across the world.

We employ more than 27,000 people across our bus and rail businesses in the UK, Singapore, Ireland, Norway and Germany. In addition to the travelling public, our customers include governments and local authorities. We are committed to tackling climate change, poor air quality and social isolation.

Go-Ahead is one of the UK's largest bus operators. We run a fleet of more than 6,000 buses across England and run a quarter of London's buses for Transport for London. Outside London, we serve high-density commuter markets in the North East, Greater Manchester, East Yorkshire, Oxfordshire, East Anglia, the South East and the South West of England. We also operate a bus contract in Singapore and two bus contracts in Ireland. 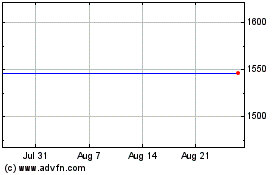 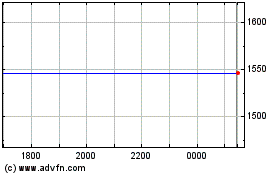