Global Ports Holding PLC (GPH) Response to speculation regarding Global Ports Holding plc (the "Company") 15-Jun-2022 / 16:01 GMT/BST Dissemination of a Regulatory Announcement that contains inside information according to REGULATION (EU) No 596/2014 (MAR), transmitted by EQS Group. The issuer is solely responsible for the content of this announcement.

NOT FOR RELEASE, PUBLICATION OR DISTRIBUTION IN WHOLE OR IN PART IN, INTO OR FROM ANY JURISDICTION WHERE TO DO SO WOULD CONSTITUTE A VIOLATION OF THE RELEVANT LAWS OR REGULATIONS OF THAT JURISDICTION

Response to speculation regarding Global Ports Holding plc (the "Company")

The Company notes the recent media speculation regarding the Company. In accordance with Rule 2.4 of the Code, the Company confirms that, following expressions of interest made to Global Yatirim Holding A.S (Global Investments Holding, the Company's majority shareholder), the Company received an approach regarding a potential cash offer for all of the shares in the Company by SAS Shipping Agencies Services Sarl ("SAS"), a wholly-owned subsidiary of MSC Mediterranean Shipping Company Holdings S.A ("MSC"), and discussions are ongoing. These deliberations are at a preliminary stage and no decisions with respect to an offer have been made. There can be no certainty that an offer might ultimately be made for the Company nor as to the terms on which any offer might be made.

A further announcement will be made when appropriate.

In accordance with Rule 2.9 of the Code, GPH confirms that, as of the date of this announcement, it has in issue 62,826,963 ordinary shares of one penny (GBP 0.01) each under the International Securities Identification Number GB00BD2ZT390.

The person responsible for arranging for the release of this announcement on behalf of the Company is Martin Brown, Investor Relations Director.

Citigroup Global Markets Limited ("Citi"), which is authorised and regulated by the FCA and the Prudential Regulation Authority in the UK, is acting as lead financial adviser exclusively for the Company and no-one else in connection with the matters set out in this announcement and will not be responsible to any person other than the Company for providing the protections afforded to clients of Citi, nor for providing advice in relation to the content of this announcement or any matter referred to herein. Neither Citi nor any of its subsidiaries, branches or affiliates owes or accepts any duty, liability or responsibility whatsoever (whether direct or indirect, whether in contract, in tort, under statute or otherwise) to any person who is not a client of Citi in connection with this announcement, any statement contained herein or otherwise.

-- A copy of this announcement will be made available, subject to certain restrictions relating to personsresident in restricted jurisdictions, on the Company's website at www.globalportsholding.com promptly and in anyevent by no later than 12 noon (London time) on 16 June 2022. The content of the website referred to in thisannouncement is not incorporated into and does not form part of this announcement.

Disclosure requirements of the Code

Details of the offeree and offeror companies in respect of whose relevant securities Opening Position Disclosures and Dealing Disclosures must be made can be found in the Disclosure Table on the Takeover Panel's website at www.thetakeoverpanel.org.uk, including details of the number of relevant securities in issue, when the offer period commenced and when any offeror was first identified. You should contact the Panel's Market Surveillance Unit on +44 (0)20 7638 0129 if you are in any doubt as to whether you are required to make an Opening Position Disclosure or a Dealing Disclosure. 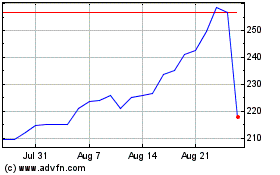 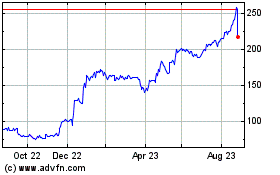 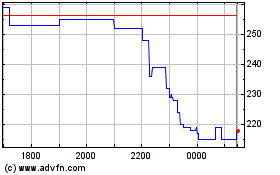