Notice of a General Meeting

The Company yesterday published a shareholder circular in connection with certain proposals to approve a share capital reorganisation, to seek authorities to issue New Ordinary Shares both as regards the conversion of outstanding convertible loan notes ("CLNs") and in respect of a further equity fundraise, to adopt new articles of association and to change the name of the Company to "GRIT Investment Trust plc".

The purpose of the document is to convene a General Meeting at which the requisite new shareholder authorities will be sought. The General Meeting will be held at 10.00 a.m. on 7 January 2022 as a virtual meeting.

Detailed background to the proposals is set out in the circular, with the Board now being in a position to commence the re-building of a diverse portfolio of natural resources investments and with the intention of raising a minimum of GBP1 million and up to GBP5 million to advance this process. This will require inter alia a prospectus (which is currently being prepared for submission to the FCA) and Shareholder approval as the Company currently has insufficient authorities to issue further equity securities to the holder of the two tranches of the CULNs.

At the General Meeting Shareholders will be asked to consider and, if thought fit, approve five resolutions.

The Convertible Loan Notes convert into Existing Ordinary Shares at a price of 0.25p. This is below the current nominal value of the Existing Ordinary Shares. As a Company cannot issue shares at less than nominal value it is proposed that the Company performs a technical share capital reorganisation to remedy this technical issue. The share capital reorganisation will have no economic implications for Shareholders.

The share capital reorganisation will necessitate a new ISIN and SEDOL number for the New Ordinary Shares. The new ISIN and SEDOL numbers will be GB00BL594W83 and BL594W8. The Company will confirm the change of ISIN number by RNS when the change becomes effective. The ticker of GRIT will remain the same, as will the Company's website address of www.grinvestmenttrust.com.

The Directors are not able to allot any shares unless they have been given the authority to do so by Shareholders in accordance with the Companies Act 2006 (as amended) (the "Act"). Furthermore, the pre-emption rights, which attach to the Ordinary Shares by virtue of the provisions of the Act and the Financial Conduct Authority's Listing Rules, and prevent the Directors from issuing the shares without first offering them to the existing Shareholders in proportion to their existing holdings, may only be disapplied with the express authority from Shareholders.

When re-capitalising the Company in August, the Directors issued convertible loan notes and agreed to convene a General Meeting of shareholders to seek the requisite authority to effect the conversion of those loan notes into ordinary shares. The Directors also seek authority to conduct a new fundraise to raise additional funds to implement the investment strategy.

Any issue of New Ordinary Shares will first require, or be conditional upon, the publication of a new prospectus by the Company. The Company is expecting to lodge such a prospectus with the FCA for review shortly.

Given that the New Ordinary Shares on conversion of the CULNs will be issued at a greater than 10% discount to the market price of the shares on the London Stock Exchange plc, resolution 3 seeks specific authority from Shareholders with respect to the discount.

(iii) increasing the aggregate amount of fees that may be paid to the Directors for their services as directors of the Company to GBP500,000 per annum; and

Company as technology and payment practices evolve and to relieve certain administrative burdens on the Company.

A summary of the principal amendments being introduced in the New Articles is set out in Part 2 of the circular.

The Directors consider it appropriate at this juncture to change the name of the Company and Resolution 5, which is proposed as a special resolution, would approve a change of the Company's name to "GRIT Investment Trust plc".

The circular to include the notice of general meeting has been submitted to the Financial Conduct Authority's National Storage Meachanism (the "NSM") and will be available for inspection on the NSM website at https://data.fca.org.uk/#/nsm/nationalstoragemechanism . This document will also be available on the GRIT website at https:// www.grinvestmenttrust.com

This announcement contains inside information for the purposes of Article 7 of the Market Abuse Regulation (EU) 596/2014 as it forms part of UK domestic law by virtue of the European Union (Withdrawal) Act 2018 ("MAR").

Capitalised terms not otherwise defined in this announcement have the same meaning given to them in the circular.

Grit Investment (LSE:GRIT)
Historical Stock Chart
From Apr 2022 to May 2022 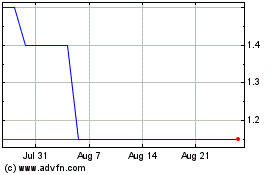 Grit Investment (LSE:GRIT)
Historical Stock Chart
From May 2021 to May 2022 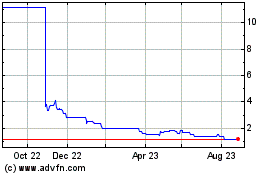 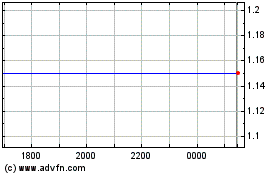