GoldStone Resources Limited (AIM: GRL), the emerging gold producer and developer focused on Ghana, is pleased to provide the assays from the first three holes of the Diamond Drilling ("DD " ) programme, announced 30 August 2022. These holes are the first in a programme designed to probe the southward extension of the high-grade orebody exploited in the Akrokeri mine ("Akrokeri Mine" or "Mine") down to a depth of around. 70 m vertical, and along initial strike distance of around 600 m. The drill programme is in line with the Company's strategy to advance additional high-priority gold targets towards production to augment current production from the Company's Homase Open Pit Mine.

-- Results for the three diamond drill-holes have returned very encouraging results, including:

"The ramp up of gold production at Homase is gaining momentum, and we are now increasingly contemplating our longer-term production profile. A key feature of this expansion plan is the delineation of potentially high-grade resources along strike and down dip of the Akrokeri orebody. Historically, the Akrokeri Mine yielded 75,000 oz gold at an average grade of 24 g/t and, more recently, has returned some exceptional results from exploration activities.

"The first three holes of this drilling programme at Akrokeri have delivered significant intersections and confirmed the continuity of the mineralised zone for a minimum distance of 180 m southwards from the known limit of the former Akrokeri Mine workings. These initial results have confirmed the nature and overall geometry of a structurally controlled mineralised channel and allow planning of the continuing drill programme with a high degree of confidence. Although the evidence from the old Akrokeri Mine indicates that the orebody should extend to a vertical depth of around 150m, our focus will be on identifying relatively near-surface resources that can be exploited in the foreseeable future."

The drilling results shows mineralisation extends along strike, displays the vein widths and also demonstrates the extent of the former underground workings. Mineralisation intersected in this drilling is consistent with projections of the drilling campaigns, previously started by Birim Gold Plc in 1996, and Pan African Resources Plc in 2007. The Company relogged the core from these former campaigns, announced 7 June 2018. The assaying of the core identified mineralised zones, which are basis for this current drilling campaign.

The first three-holes from the 1,500 metre diamond drill programme, totalling 268.1 metres, were designed to provide new information on the depth and strike-continuity of the mineralised zone at the former Akrokeri Mine previously exploited between 1905 and 1909.

The steeply west-dipping mineralised zone occupies a major North-South-trending structural corridor 12 km north-north-east (NNE) of the multiple ore zones that comprise the Obuasi Mine, one of the world's largest gold mines with a combined historical and current production and resource base of >70 million ounces of gold.

Two of the three holes were inclined at 55(o) and one at 75(o) respectively and intersected the mineralised zone at vertical depths between 37 m and 66 m beneath surface. All three holes intersected significant widths of approximately 2.2 metres mineralisation, thus confirming the continuity of the zone along strike and with depth.

The mineralised intercepts in the three DD holes are characterised by quartz and quartz carbonate veinlets. In the intervals reported with significant intercepts, much of the mineralisation is oxidized, transitioning through patchy weathering with low pyrite content and quartz being the dominate vein component.

Figure. 1. Location of the three diamond drillholes at Akrokeri

Significant intersections are summarised in Table 1. The diamond drill holes were collared in the hangingwall.

22AKDD001 intersected the old workings at vertical depths of around 18 metres and 59 metres. The shallower void was 2.7 metres wide, being along strike from the known workings of the Akrokeri Mine. Whilst it is disappointing that the former miners have mined this section of the mineral zone, it proves the extension of the mine workings along the first level that was previously recorded as being 100 feet vertical depth, approximately 30 metres below surface, noting that some 12m of ground has been worked and dugout since that time with over 100 years of artisanal mining on the Akrokeri Mine area.

The location of 22AKDD001 is opposite the artisanal miners' trench that was announced 25 March 2022. The assays from the trench returned relatively high-grade central zone of 3 metres with an average grade of 45g/t, the location of the trench appears to correlate with the down-dip projection of the mineralised zone, which again unfortunately has been mined out by the former miners.

22AKDD002 and 22AKDD003 intersected the mineralised zone at approximately 180 metres along strike from the known workings of the Akrokeri Mine. The intersections can be correlated to an intercept within hole PAR007 which was drilled in 2007. Further intercepts encountered in this hole indicate the possibility of sub- parallel structures in addition to the main vein.

The results from the first three holes drilled in 2022 provide significant encouragement to undertake additional drilling along the projected extension of the mineralised zone, as a detailed understanding of the controls of this zone at Akrokeri is critical to the planning of further exploration drilling.

The old mine's average grade of 24g/t indicates a nuggety deposit. The preliminary results received so far suggest this mineralisation pattern continues along strike outside the former mine's boundaries.

It also suggests any extension of the mineralised zone, both on strike and on dip, may be of above average grade. This justifies expanding the drilling program beyond the scope of the current program.

GoldStone's sampling of drill core, and other geological materials conforms to industry-wide good practise. The Company maintains QA/QC on all analytical work via the use of certified reference materials, field duplicates, and blank samples in addition to monitoring of internal laboratory check-analyses. Chain of custody is observed for all samples. Determination of gold, by fire assay of 50g sub-samples and atomic absorption finish, was undertaken by Intertek Minerals Ltd in Tarkwa, Ghana.

The technical information within this announcement has been reviewed and approved by Klaus Kappenschneider, an independent geologist with 30 years' experience in gold mining, exploration and resource estimation. Klaus is a member of the Association of Professional Geoscientist of Ontario (APGO), is a Competent Person (JORC, SAMREC, PEMREC) and a Qualified Person (NI 43- 101) and accordingly, is a qualified person as required under the AIM Rules.

GoldStone Resources Limited (AIM: GRL) is an AIM quoted mining and development company with projects in Ghana that range from grassroots exploration to production.

The Company is focused on developing the Akrokeri-Homase project in south-western Ghana, which hosts a JORC Code compliant 602,000oz gold resource at an average grade of 1.77 g/t. The existing resource is confined to a 4km zone of the Homase Trend, including Homase North, Homase Pit and Homase South.

The project hosts two former mines, the Akrokerri Ashanti Mine Ltd, which produced 75,000 oz gold at 24 g/t recovered grade in the early 1900s, and the Homase Pit which AngloGold Ashanti developed in 2002/03 producing 52,000 oz gold at 2.5 g/t recovered. Production is currently focussed on the Homase Mine however it is the Company's intention to build a portfolio of high-quality gold projects in Ghana, with a particular focus on the highly prospective Ashanti Gold Belt. 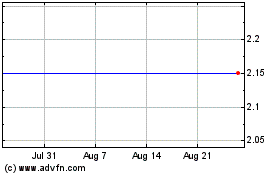 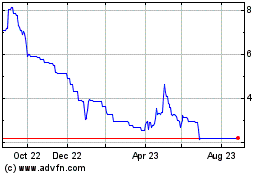 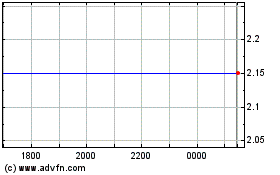