NOT FOR RELEASE, PUBLICATION OR DISTRIBUTION, IN WHOLE OR IN PART, DIRECTLY OR INDIRECTLY, IN, INTO OR FROM ANY JURISDICTION WHERE TO DO SO WOULD CONSTITUTE A VIOLATION OF THE RELEVANT LAWS OR REGULATIONS OF THAT JURISDICTION .

THIS ANNOUNCEMENT CONTAINS INSIDE INFORMATION .

Extension of deadline under Rule 2.6(c) of the Code

On 9 April 2021, Harwood Capital LLP ("Harwood Capital" or "Harwood"), one of the Company's major shareholders, announced that it was in the preliminary stages of evaluating a possible offer for the entire issued and to be issued share capital of the Company (the "Possible Offer").

The put-up or shut-up deadline prescribed by Rule 2.6(c) of the Code was originally 7 May 2021. The deadline has subsequently been extended six times and, on the most recent occasion, to 15 October 2021.

As the Company announced on 20 August 2021, Harwood Capital had informed the GYG Board that, subject to the agreement and recommendation of the GYG Board, it was minded to reduce the cash consideration under any offer made by Harwood Capital under Rule 2.7 of the Code to 70 pence per ordinary share of GBP0.002 each in the capital of GYG, together with a contingent value right ("CVR") instrument, whereby GYG shareholders could potentially receive additional value predicated, inter alia, on a future exit event occurring, although the Board would note that the precise terms of such CVR instrument are still to be agreed between the parties. Any such offer is also expected to be conditional upon, inter alia, satisfactory resolution of the previously notified Nobiskrug Shipyard administration situation, including payment of amounts owed to the Company.

As referenced in GYG's interim results for the six months ended 30 June 2021 announced on 30 September 2021, the Company has now reached an agreement in principle to resolve the Nobiskrug situation. In order to provide additional time for the Board to progress the Nobiskrug situation to contractual resolution and thereafter for discussions with Harwood to be concluded, at the request of the Board and pursuant to Rule 2.6(c) of the Code, the Takeover Panel has consented to an extension of the relevant deadline of 28 calendar days.

Accordingly, Harwood Capital must, by no later than 5.00 p.m. on 12 November 2021, either announce a firm intention to make an offer for GYG in accordance with Rule 2.7 of the Code or announce that it does not intend to make an offer for the Company, in which case the announcement will be treated as a statement to which Rule 2.8 of the Code applies. This deadline can be extended further with the consent of the Takeover Panel, at the Company's request, in accordance with Rule 2.6(c) of the Code.

It is emphasised that under the terms of its announcement of 9 April 2021, Harwood Capital may make an offer at a value below 92.5 pence per ordinary share only under the following circumstances:

b) to the extent that GYG declares, makes or pays any dividend or distribution or other payment to its shareholders, whereby a corresponding reduction would be applied; and/or

c) a third party announces a possible or firm intention to make an offer for GYG on less favourable terms.

There can be no certainty that a formal offer will be made. Further announcements will be made as appropriate.

This announcement is being made with the consent of Harwood Capital.

The individual responsible for releasing this announcement is Sue Steven, Group Company Secretary.

Singer Capital Markets Advisory LLP, which is authorised and regulated in the United Kingdom by the Financial Conduct Authority, is acting exclusively for GYG and no-one else in connection with the Possible Offer and will not be responsible to anyone other than GYG for providing the protections afforded to clients of GYG or for providing advice in relation to the Possible Offer or any other matter referred to in this announcement.

Disclosure requirements of the Code :

Details of the offeree and offeror companies in respect of whose relevant securities Opening Position Disclosures and Dealing Disclosures must be made can be found in the Disclosure Table on the Takeover Panel's website at www.thetakeoverpanel.org.uk, including details of the number of relevant securities in issue, when the offer period commenced and when any offeror was first identified. You should contact the Panel's Market Surveillance Unit on +44 (0)20 7638 0129 if you are in any doubt as to whether you are required to make an Opening Position Disclosure or a Dealing Disclosure. 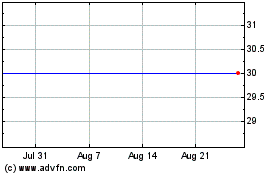 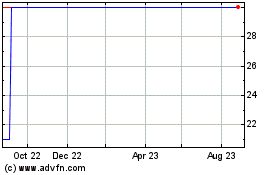 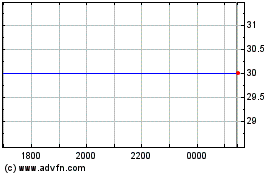