("Lansdowne" or the "Company")

Lansdowne Oil & Gas plc (AIM: LOGP), the North Celtic Sea focused, oil and gas company, announces today the results of technical studies and resulting resources estimates carried out on the Barryroe Field, which lies in shallow water of about 100m some 50km off the south coast of Ireland and also welcomes the announcement today by the Operator, Providence Resources PLC ("Providence"), providing an update on the outcome of its strategic review.

In September 2021, Providence announced that it had commenced a strategic review of the optimum way forward for Barryroe and the preliminary outcome of this was announced in December 2021 in relation to a phased development programme, involving a Phase 1A development commencing with a potential appraisal well, to be followed by the Phase 1B development.

Today's announcement by Providence of the conclusion of its review, now confirms that an appraisal well is a vital next step in moving the Barryroe Field forward under a phased development programme.

An area up-dip of the 48/24-10z well was identified as optimal for appraisal and this was designated the K area. A site survey was acquired successfully in November 2021 over the K area, with the work completed on time and under budget.

During 2021, a number of important third-party technical studies were carried out to evaluate the potential of a first phase of development of the Barryroe Field, centred around the 48/24-10z well and surrounding central parts of the Barryroe Field. These studies included reservoir modelling of the sub-area to be targeted in the Phase 1 development, updated well design and costings, and an updated conceptual development study, focused only on the oil-bearing Basal Wealden A Sand.

These technical studies fed into a new Competent Person's Report produced by RPS ("RPS CPR"). The RPS CPR has addressed the potential oil volumes in the Basal Wealden A Sand, the reservoir reviewed in the earlier full-field CPR carried out by Netherland Sewell & Associates Inc. ("NSAI") in 2012. Importantly, it has not addressed the gas volumes present in the overlying C Sand and, furthermore, it has only addressed oil volumes in the sub-area of the Barryroe Field to be potentially targeted by the proposed Phase 1A and Phase 1B development.

The RPS CPR concluded that the Phase 1A development, in the P50 Case, has the potential to recover 58.3 million barrels of oil gross (11.66 million barrels net to Lansdowne), from a Best Estimate of 173 million barrels in place (STOIIP), held in fault blocks 1, 2 and 3. This development scenario involves the drilling of 5 producer wells, 4 water injector wells and a single gas-injection well, with estimated plateau oil rate production of 20,000 bpd gross (4,000 bpd net to Lansdowne), produced from sub-sea wells, tied back to a Floating Production and Storage and Offloading vessel ("FPSO").

An economic evaluation, documented in the RPS CPR, covers both Phase 1A and 1B developments and in the 2C oil resources case, delivers an NPV10% for Lansdowne's 20% share of $104 million under a Brent Oil Price assumption of US$68 per barrel in 2027, rising to $70/bbl in 2028 and 2029 and inflated at 2% per annum thereafter. This equates to a NPV10% of $6.40/bbl. Lansdowne notes that the current Brent Oil Price is now around US$90 per barrel.

The application for a Lease Undertaking for the Barryroe Field remains under consideration by the Irish Department of the Environment, Climate and Communications (DECC) and requires Ministerial approval. Award of a Lease Undertaking is an essential precursor to returning to active operations and moving the project forward.

"These new studies have indicated that an oil development of the core area of Barryroe through both the Phase 1A and 1B developments, could deliver c. 20,000 bpd of oil (gross). This equates to around 15% of Ireland's current oil consumption, which continues to run at around 130,000 bpd of oil, 100% of which is currently imported. Such indigenous oil production would have a much lower carbon footprint than imported oil and would increase security of supply in these uncertain times.

Encouragingly, despite more conservative assumptions on the number of wells required and potential flow rates in the RPS CPR, the project economics of the Phase 1A and 1B developments remain robust under a Brent Oil Price assumption of US$68 per barrel in 2027, rising to $70/bbl in 2028 and 2029 and inflated at 2% per annum thereafter that Lansdowne considers conservative in Iight of the current energy price environment.

Lansdowne also highlights that the RPS CPR has only addressed the oil in the Basal Wealden A Sand, which allows it to be corelated to the earlier work carried out by NSAI. Gas was proven in the Basal Wealden C Sand reservoir in the 48/24-10z well that overlays the oil reservoir and this has previously been estimated to hold a potential gas resource of c 400 BCF GIIP. Lansdowne believes this significant gas resource could make a vitally important contribution to Ireland's energy mix as it transitions to a zero net carbon economy and it is anticipated that any future phased development programme will include consideration of this important gas resource.

In order to help identify the separate oil and gas potential in the K area, it is expected that the future appraisal well will address both the A and the C Basal Wealden Sand reservoirs respectively. "

Summary Tables from the RPS CPR

Basal Wealden A Sands in Segments 1 to 4, Barryroe Field

Basal Wealden A Sands in Segments 1 to 4, Barryroe Field

This release has been reviewed by Stephen Boldy, Chief Executive of Lansdowne, who is a petroleum geologist with 40 years' experience in petroleum exploration and management. Dr Boldy has a B.Sc., M.Sc., and Ph.D. in geology, is a Fellow of the Geological Society of London and has consented to the inclusion of the technical information in this release in the form and context in which it appears.

For more information on Lansdowne, please refer to www.lansdowneoilandgas.com .

Barryroe, located in the North Celtic Sea Basin, off the south coast of Ireland, has had six wells successfully drilled on the structure. Hydrocarbons have been logged in all six wells, with flow test results from four wells. Four wells were drilled in the 1970's by Esso with a further appraisal well drilled in 1990 by Marathon Oil. The sixth well was drilled by Providence & Lansdowne in 2011/12. The oil is light (43deg API) with a wax context of c. 17-20%. The successfully tested reservoir sands are of Cretaceous Middle and Lower Wealden age located between c. 4,500' TVDSS and 7,550' TVDSS. The field is covered by both 2D and 3D seismic, the latter which was acquired in 2011.

Further incremental resource potential has been identified in logged hydrocarbon bearing intervals within stacked Lower Wealden and Purbeckian sandstones which Providence has previously estimated contains total associated P90, P50 & P10 in place oil resources of 456 MMBO, 778 MMBO & 1,165 MMBO respectively. As there is currently limited reservoir and well test data available over these two intervals, future well data over these specific zones would be required in order to firm up their associated final recoverable resource estimates. 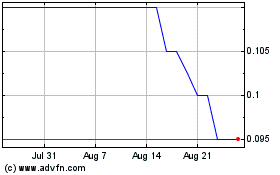 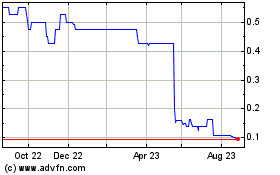 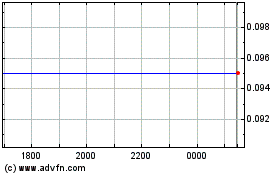