On Midwestern fields and in research greenhouses, agricultural giants like Monsanto Co. and BASF SA are teaching machines how to farm.

The companies are expanding early-stage investments in artificial intelligence, joining other industries in betting that research and decision-making can be streamlined with computer programs that teach themselves by picking patterns out of data.

Corn plants chosen with the help of computers are growing in the U.S. this year, and algorithms are sifting North American weather data to anticipate crop threats such as pests and disease.

BASF, the German chemical conglomerate, is working on automated image- recognition capabilities similar to those that confirm faces on Facebook and Apple's Photos app. The idea is to analyze farmers' photographs of suspicious spots on crop leaves and deliver early warnings for diseases such as wheat leaf rust, said Richard Trethewey, who heads bioscience digitalization for BASF.

While some farmers are skeptical of the technology, others figure it could evaluate crop development and identify disease as well as or better than they can. Gunter Jochum, who grows canola, soybeans and wheat near Winnipeg, Manitoba, watched firsthand the learning curve of a computer program developed by BASF known as Maglis.

In the spring of last year, Mr. Jochum told Maglis the date he sowed canola, and his fields' coordinates. The program "pretty accurately" guessed when the first seedlings would pop up, he said, and by harvest time it had grown smarter as it predicted when crops would be ready for harvest and how many bushels his land would yield.

"In the beginning, I was a little bit leery," said Mr. Jochum. "As the season went on, I was astonished how close it was." This summer, he said, Maglis parsed weather and field data to foretell a damaging plant fungus.

The companies, which spend billions of dollars annually to research new seeds and farm chemicals, declined to specify how much of that goes toward developing artificial intelligence.

Monsanto, the world's largest seed company, has been taking computers' advice as it matches up corn strains to produce the highest-yielding and sturdiest varieties.

Eight years ago, data scientists at the St. Louis company used 15 years' worth of information on corn varieties to build a self-teaching algorithm. That has helped Monsanto researchers more accurately predict how thousands of combinations of strains will perform in their first year in the field.

Michael Graham, who heads Monsanto's plant-breeding operations, said the system lets the company evaluate about five times more corn varieties than it could in the past, and save a year of research time. Over the past year, Monsanto has sold corn seeds matched with the algorithm's input to U.S. farmers.

Self-learning software doesn't yet range freely across farm fields. Mr. Graham said the technology's shortcomings showed up one year when Goss's wilt, a disease that withers corn leaves, struck further east in the U.S. corn belt than it had in the past, catching Monsanto's corn-breeding model off guard. At BASF, the Maglis machine learning functions remain under human supervision, with crop specialists reviewing its analyses.

The field-by-field variation in weather, soil and pest conditions poses steep challenges for artificial-intelligence software, even with the data-collecting abilities of high-tech machinery and soil sensors. And many critical data points -- such as crop yield or the ultimate impact of a dry spell -- only emerge once per year.

As the farm sector nurtures artificial intelligence's early promise, it is looking for ways to fuse the technology with other advances in agriculture. Tractor maker Deere & Co. agreed this month to pay $305 million to buy Blue River Technology, a startup developing tractor-towed robots that can analyze crops and apply fertilizer and pesticides plant-by-plant. In the Netherlands, Novozymes AS is developing microbe-based products that help crops grow faster and fend off pests.

The company aims to use machine learning to identify promising genetic patterns in microbes' DNA sequences. Some microbes chosen with help from machine-learning technology are now being tested in Novozymes' greenhouses, "where we see very clear improvement in the [success] rate we are getting," said Ejner Bech Jensen, head of bio-ag research at the company.

Mr. Trethewey, of BASF, said machine learning could revamp the way the company studies chemical molecules' effects on fungus, weeds and other pests. BASF is developing artificial intelligence that can snap photos of test plants growing in petri dishes, using visual-interpretation technology to track the effects of herbicides. The technique frees lab workers from repetitive tasks and avoids human error, he said.

BASF, which sold $5.9 billion worth of pesticides and other agricultural products last year, is powering its push into artificial intelligence with a new supercomputer named Quriosity, now being installed at the company's headquarters in Ludwigshafen, Germany.

Dale Huss, who oversees artichoke production for California-based Ocean Mist Farms, said that any technology that can help farming is worth considering. "But the day's not going to come when something tells me what seed to plant, how much to water, or what type of fertilizer to use, " he said.

Mr. Jochum, the farmer near Winnipeg, sees room on his farm for artificial intelligence and may even pay for the advice that Maglis provides. Still, "nothing really beats the human touch right in the field," Mr. Jochum said. "And a machine is only as good as the information you input into it."

Write to Jacob Bunge at jacob.bunge@wsj.com 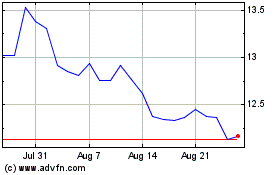 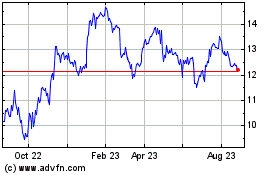 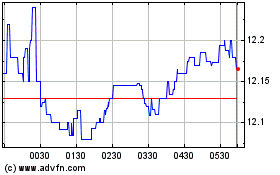