Telstra and the National Hockey League (NHL) have signed a five-year agreement to distribute up to 1,400 games per year to viewers around the world using Telstra’s Global Media Network (GMN). The deal will see Telstra deliver NHL games to rights-holders in Europe, the Middle East and Africa, with plans to expand to other markets worldwide.

Telstra’s GMN is a purpose-built video contribution and distribution network supporting permanent and occasional use services for point-to-point and point-to-multipoint on a consumptive-based business model across traditional broadcast, IP video standards and cloud connectivity.

Dan Kim, NHL Senior Vice President, Media and International Distribution and Strategy said: “With their Global Media Network, Telstra offers a level of flexibility, creativity and commitment that allow us to provide tailored, custom delivery solutions on a market-by-market basis. We will continue to share the excitement of live hockey with avid fans around the world and look forward to building audiences in new markets this season and beyond.”

Telstra will support the delivery of the NHL content through its Broadcast Operations Centers in Pittsburgh, Sydney and London. These centers provide 24/7 monitoring of Telstra’s Global Media Network, ensuring continuous stable and reliable connectivity to provide fans with the highest-quality viewing experience.

Adam Day, Telstra Americas Vice President of Enterprise, Technology and Broadcast Sales, said: “This exciting new partnership coincides perfectly with Telstra’s ongoing commitment to invest in its networks and offer new, innovative content delivery and distribution solutions to customers around the world. We look forward to helping the NHL expand its reach and showcase the spirit and excitement of the game to more sports fans globally.”

Telstra is a leading telecommunications and technology company with a proudly Australian heritage and a longstanding, growing international business. We have been operating in the Americas for over 25 years and provide data and IP transit, internet connectivity, network application services such as unified communications and cloud, and managed services to over 500 businesses in 160 cities in the region. Our products and services are supported by one of the largest fiber optic submarine cable systems reaching Asia-Pacific and beyond, with licenses in Asia, Europe and the Americas, and access to more than 2,000 points-of-presence around the world. Through our unparalleled network reach and reliability as well as market-leading customer service and expertise, we connect businesses in the Americas to some of the world’s fastest growing economies, including China, Southeast Asia, North Asia, and Australia. For more information, please visit www.telstra.com/americas.

The National Hockey League (NHL®), founded in 1917, consists of 32 Member Clubs. Each team roster reflects the League’s international makeup with players from more than 20 countries represented, all vying for the most cherished and historic trophy in professional sports – the Stanley Cup®. Every year, the NHL entertains more than 670 million fans in-arena and through its partners on national television and radio; more than 191 million followers - league, team and player accounts combined - across Facebook, Twitter, Instagram, Snapchat, TikTok, and YouTube; and more than 100 million fans online at NHL.com. The League broadcasts games in more than 160 countries and territories through its rightsholders including ESPN, Turner Sports and NHL NetworkMC in the U.S.; Sportsnet and TVA Sports in Canada; Viaplay in the Nordic Region; Yandex in Russia; and CCTV and Tencent in China; and reaches fans worldwide with games available to stream in every country. Fans are engaged across the League’s digital assets on mobile devices via the free NHL® App; across nine social media platforms; on SiriusXM NHL Network Radio™; and on NHL.com, available in nine languages and featuring unprecedented access to player and team statistics as well as every regular-season and playoff game box score dating back to the League’s inception, powered by SAP. NHL Original Productions and NHL Studios produce compelling original programming featuring unprecedented access to players, coaches and League and team personnel for distribution across the NHL’s social and digital platforms.

The NHL is committed to building healthy and vibrant communities using the sport of hockey to celebrate fans of every race, color, religion, national origin, gender identity, age, sexual orientation, and socio-economic status. The NHL’s Hockey Is For Everyone™ initiative reinforces that the official policy of the sport is one of inclusion on the ice, in locker rooms, boardrooms and stands. The NHL is expanding access and opportunity for people of all backgrounds and abilities to play hockey, fostering more inclusive environments and growing the game through a greater diversity of participants. To date, the NHL has invested more than $100 million in youth hockey and grassroots programs, with a commitment to invest an additional $5 million for diversity and inclusion programs over the next year. 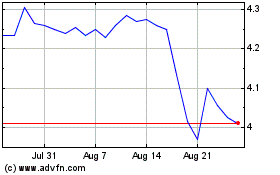 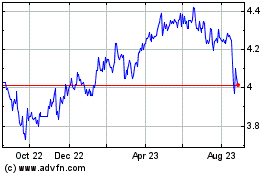 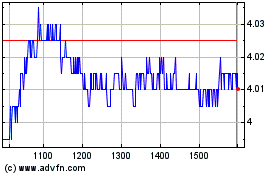