After an exceptional year in 2020, travel last year was still strongly influenced by the effects of the health crisis. With countries taking ad-hoc measures to limit the spread of COVID-19, the world has been moving at the pace of the pandemic and the rise of its variants.

In 2021 again, traffic was lower than 2019, which can be used as the baseline of pre-COVID times. Worldwide, congestion is 10% lower vs. 2019, with a decrease of 19% specifically at peak hours. Out of the 404 cities included in the Index, 283 experienced lower average congestion than in 2019. However, many cities have shown extreme fluctuations in traffic across the year, going from extreme lows during travel restrictions to extreme highs when restrictions were lifted.

Other factors, such as extreme weather conditions, raised congestion to record highs. In February 2021, hourly congestion reached their highest levels in a quarter of the world’s cities monitored in the TomTom Traffic Index. Kyiv, Ukraine (235%), Warsaw, Poland (220%) and Cincinnati, USA (241%) recorded the highest hourly level worldwide in 2021, mainly due to snowfalls.

The cost of traffic

For the first time, TomTom used traffic data and a methodology devised by academics from Graz University of Technology, to assess the environmental cost of this increase in congestion and its effect on emissions in four European capitals. In London, 14.8Mt (megatonnes) of CO2 were due to road traffic in 2021, of which 15% (2.2Mt) are specifically due to the city congestion.

For Paris, Berlin and Amsterdam, the cost of congestion on CO2 emissions is respectively 13.5% (1.85Mt) 10.5% (0,42Mt) and 7% (0,06Mt). “The difference of emission efficiency between cities (from 18.5kg of CO2 per 100km driven in Amsterdam to 26.6kg in Paris) is mostly due to different traffic patterns (congestion, road infrastructure) and fleet composition,” explained Ralf Peter Schäfer, Vice President of Product Management Traffic and Routing at TomTom.

The health crisis is reshaping the urban mobility

2021 was the year where changes in our working habits were solidified: the home office is becoming a standard for many companies, teleconferences have replaced physical meetings and flexible work hours allow many commuters to avoid and offset their rush hours. As a consequence, peak hours have shifted in almost 40% of the cities worldwide.

During the pandemic, new mobility usages have gained popularity, e-scooter and bicycle use is increasing, supported by cycle lanes in many cities. However, while micromobility can support inner-city mobility, most traffic pain points stem from interurban movement. In the context of the pandemic, public transit lost much of its attractiveness as travellers favoured their private cars, seen as a safer way to maintain social distancing. The increased use of private cars led to a sharp increase in traffic congestion in many cities whenever pandemic restrictions were lifted, reaching and sometimes exceeding the 2019 thresholds: ie. in Paris, traffic was 10% higher in September 2021 vs. September 2019.

In some countries, such as the USA or UK, cities have also seen traffic spread throughout the daytime, as traffic at peak hours decreased. “This can partly be explained by the boom of e-commerce,” said Ralf Peter Schäfer. “The COVID-19 crisis has acted as a catalyst that increased the speed of change in our way to consume. The last-mile sector is experiencing a massive transformation driven by increasing customer requirements who demand more immediate or same-day deliveries and return options.”

To meet the Paris Agreement’s objectives, Europe’s goal is to reduce greenhouse gas (GHG) emissions by 55% by 2030 compared to 1990 levels. The COP26 conference on climate change in Glasgow in November 2021 marked the definitive breakthrough of the EV revolution, with significant commitments from car manufacturers, fleet operators and governments to use more sustainable power solutions. The EV revolution is on, and 2021 was a game changer for EV sales which have doubled year on year.

Based on its emission model, TomTom can accurately estimate the environmental impact by changing the ratio of Electric Vehicles within the total fleet composition. For a city like London, where EV contributes for 4.4% of the daily traffic, increasing EV share of the traffic mix by 1% would write off 155.000t of CO2 emissions per year2.

The year 2021 has seen the acceleration of the public authorities' programmes that are transforming the way we drive: many others like Paris or Spanish cities have reduced speed limits from 50 to 30kmh, and Low Emissions Zones (LEZ) are now implemented in more than 240 cities in Europe. The TomTom data reveals that the recently extended ULEZ (Ultra-Low Emission Zone) in London allows to reduce NOx and PM emissions by respectively 54% and 45%3.

Developing road infrastructures and increasing the capacity isn’t the solution. “When a new road is built, it is only a matter of time before more vehicles are added to the road, offsetting this initial easing: it’s called the traffic demand dilemma,” Ralf-Peter Schäfer said.

Change behaviours and traffic patterns can make a significant difference. Congestion is non-linear: once traffic goes beyond a certain threshold, congestion increases exponentially. Discouraging drivers to drive during peak rush hour can lead to big improvements, as proven during the pandemic.

“At TomTom, we believe that traffic optimisation and better traffic management can only improve traffic flow by up to 10 percent,” Ralf-Peter Schäfer explained. “However, to achieve a fundamental improvement, the modal split must be changed: Cycling, public transit and other modes of transport must take a larger sharing in transportation. Such a redirection is a political task that requires both high investment and bold political decisions – and it takes time.”

A chart accompanying this announcement is available at https://www.globenewswire.com/NewsRoom/AttachmentNg/406aa98c-6b84-4030-87a0-ffa520f8154a

_______________2 Based on 2021 model, with same volume of cars and kilometres driven.3 compared to the fleet composition outside the ULEZ, for a typical day. Only considering emissions from the exhaust. PM are also emitted from tires and brakes.

A chart accompanying this announcement is available at https://www.globenewswire.com/NewsRoom/AttachmentNg/c1a284b4-d06c-45d7-a5ae-6327fc0a931e

Find out more about the TomTom Traffic Index, and discover where your home city ranks at tomtom.com/TrafficIndex.

Urban mobility is a key contributor to issues such as climate change, health and economic development and the TomTom traffic index has become the barometer of mobility patterns around the world. TomTom’s traffic data, which is powered by 600 million connected devices, is an authoritative indicator of how people move, economic activity levels, global trade and much more. Since the onset of the COVID-19 pandemic, TomTom’s traffic insights have been used by analysts, corporations and the media to explain a world in flux.

The TomTom Traffic Index report is onlineAt tomtom.com/TrafficIndex, people can discover where their city ranked in 2021, how congestion changed month-by-month and year-on-year. They can see the most congested days and even most congested hours of the day – and work out the best times to travel. For the first time, the Traffic Index includes detailed emissions data for 4 cites: London, Paris, Berlin and Amsterdam.

What is the Congestion Level?Congestion Level percentage is the extra travel time a driver will experience when compared to an uncongested situation. A 50% congestion level means that on average, travel times were 50% longer than during the baseline uncongested conditions. This means that a 30-minute trip driven in free-flow condition will take 15 minutes longer (30’ x50% = 15’) when the congestion level is at 50%.

TomTom calculates the baseline per city by analyzing free-flow travel times of all vehicles on the entire road network – recorded 24/7, 365 days a year.

TomTom performs calculations for all hours of each day, so you can see congestion levels at any time in any city, including morning and evening peak hours.

TomTom Traffic is used by more than 600M devices around the world, including smartphone apps and embedded navigation for most car manufacturers. TomTom is at the stake of the future of driving, providing highly attributed maps for advanced driver assisted systems and efficient electric vehicle routing and charging – which means that carmakers, technology companies, road authorities and governments already have the tools to make the roads less congested.

Headquartered in Amsterdam with offices worldwide, TomTom’s technologies are trusted by hundreds of millions of drivers, businesses and governments worldwide. 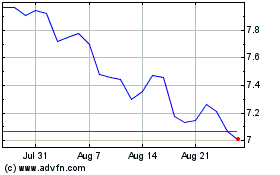 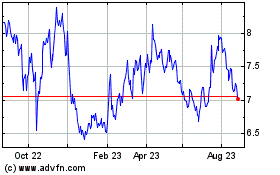 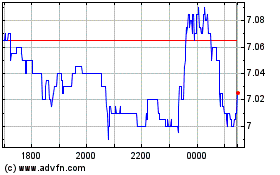