Great Western announces the completion of its drilling programme at the Mineral Jackpot group of claims in Mineral County, Nevada.

After short delays on account of severe storms in the area, Great Western has now completed the first ever drill programme over the Mineral Jackpot claims, made possible by the Company's upgrade of a 14 km mountain mule track to a road earlier in the year. Great Western was originally formed to exploit this area of historic gold and silver mines, comprising the Silver Moon, Silver Bell, Ming Toy, Bass and Mineral Jackpot mines, sometimes also collectively known as 'Cabin Rock'. Rock chip, soil and grab samples have been assembled and analysed over the last three years and magnetometer surveys conducted, together indicating potential for a doubling of the known mineralisation over the claims, as previously reported. Mineral Jackpot is also host to numerous spoil heaps from historic mining operations, which the Company is planning to load from site using the new road and then process for secondary recovery of precious metals.

Great Western chairman Brian Hall commented: "This completes an exciting summer drill programme over four of the Company's many prospect areas, the Southern Alteration Zone (Rock House Group), Trafalgar Hill (Olympic Gold), OMCO Mine area (Olympic Gold) and Mineral Jackpot (Black Mountain Group), with 24 holes drilled totalling 2,798 metres drilled depth. We now await assay results from busy independent laboratories, timing of which is outside our control but which we will announce as soon as they become available."

Mineralisation at Mineral Jackpot consists of a series of quartz veins and associated alteration zones, hosted in granite. These veins strike to the northwest and dip at 40-50deg to the southwest. Although most of the details of historic production have been lost, the gold and silver workings were extensive and numerous mineralised waste piles from the workings are distributed across the hillsides. More recently, contemporary exploration techniques have identified vein material from grab samples. These alteration zones will now be modelled across the holes drilled by Great Western, using the known structural orientation of the mineralisation.

Each of the four holes drilled intersected at least three zones containing alteration of target type, some of which also exhibited significant amounts of chips interpreted to be derived from quartz veins. Other weaker alteration zones occurred within the holes between the noted zones but are not detailed here.

The first hole from the lowermost pad at the main workings was designed to test the ground directly beneath the portal developed in 'Vein 01', the most historically worked of the veins. Vein 01 is also the most north-easterly, being the lowest in the array, and its footwall is largely unexplored. A secondary objective of all the four initial holes was to test the granite beneath this structure. The hole intersected alteration of target type directly below the workings at 6 - 10 m. This is thought to be the down-dip extension of Vein 01. Additional zones of interest with up to 50% altered granite and milky quartz chips were identified at 59 - 64 m and 94 - 98 m. Strong haematite alteration occurred within the latter zone from 96 - 98 m. The hole finished at 152 m.

The second hole was drilled from the same pad as MJRC001, being a steeper hole to test the down-dip continuity of zones identified in the first hole. This hole also intersected alteration of target type near the start of the hole at 15 - 18 m, possibly the continuation of Vein 01. Another zone of strong alteration was intersected at 67 - 70 m, and a third at 105 -114 m. The hole finished at 128 m.

The third hole was drilled from 50 m northwest at the Main Workings to test the along-strike continuity of zones identified in the first two holes. A strong alteration zone with quartz vein chips was identified from 10 - 15 m. Moderate to strong alteration occurs at 45 - 53 m around a mafic dyke, and moderate alteration zones were also seen at 70 - 82 m and 105 - 113 m. The hole finished at 122 m.

The rig has now been released.

The Company has a large acreage position in Mineral County, Nevada. The area consists of rugged, mountainous terrain, which means that large parts of it remain under-explored. Mineral potential is hosted by the regional Walker Lane Structural Belt, the largest structural and metallogenic belt in Nevada, yet one of the least explored in recent times, with gold, silver and copper currently produced in Mineral County. Great Western has seven distinct concession areas which offer the potential for exploiting (1) short term gold and silver deposits and (2) long-term, world-class copper deposits. 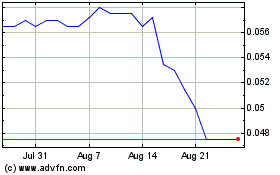 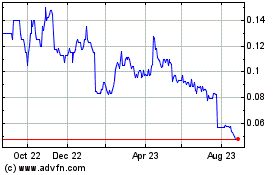 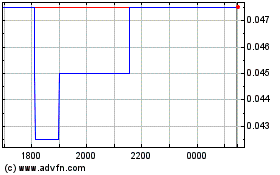