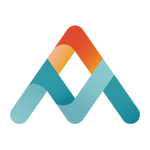 Antofagasta PLC said Thursday that its performance in the first quarter was as weak as expected, as the Los Pelambres copper mine continues to be affected by the drought in Chile. Here's what the FTSE 100 red metal producer had to say:

"Molybdenum production in the quarter was 2,000 tonnes, a decrease of 1,000 tonnes compared to the same period in 2021 due to lower grades and throughput at Los Pelambres, and 100 tonnes lower than in Q4 2021."

"Cash costs before by-product credits in Q1 2022 were $2.34/lb, in line with expectations and 66c/lb higher than in the same period last year mainly due to the temporary decrease in production. Higher input prices, particularly for diesel and sulphuric acid, and general inflation were largely offset by the weaker Chilean peso. Compared to the previous quarter, costs increased by 21.9% on lower copper production due to lower grades and throughput."

"Guidance for the year is unchanged. Group copper production for the full year is expected to be 660-690,000 tonnes, reflecting lower expected grades at Centinela Concentrates and the temporarily reduced throughput at Los Pelambres. Guidance assumes there is no precipitation until the rainy season and the desalination plant at Los Pelambres starts operating in H2 2022. As previously announced, copper production during the year is expected to be lowest in Q1 and to increase quarter-on-quarter thereafter."

"The drought has continued at Los Pelambres with no precipitation during the quarter. Strict water management protocols are in place to optimise water usage and mitigate the impact of low water availability."

"Cash cost guidance before and after by-product credits is also unchanged at $2.00/lb and $1.55/lb respectively."

"The review of the Los Pelambres expansion project has been completed and group capital expenditure for the year is expected to be $1.9 billion. This is at the top end of the original guidance range of $1.7-1.9 billion."

"The Los Pelambres expansion project was 73% complete as at the end of the quarter."

"A detailed review of the project schedule and costs has recently been completed. The revised capital cost estimate resulting from the review is $2.2 billion (up from $1.7 billion). Of this increase, approximately $220 million is related to the impact of Covid-19 on costs and the construction schedule, $170 million to general inflation, including increased input prices, wages, labour incentives and logistics costs, with the balance reflecting other adjustments to implementation plans and an updated contingency provision."

"The completion schedule remains unchanged with the desalination plant expected to be completed in H2 2022 and the expanded concentrator plant in early 2023."

"The Zaldivar Chloride Leach project was completed in January 2022, on schedule and on budget and is now being commissioned." 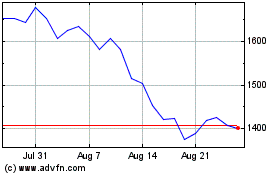 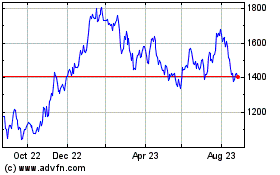 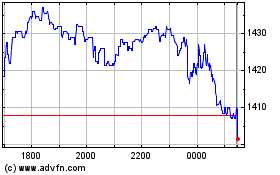