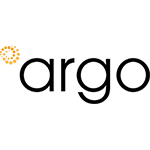 During the month of July, the Company sold 887 Bitcoin at an average price of approximately $22,670. Proceeds were used to reduce obligations under a BTC-backed loan agreement with Galaxy Digital, as well as to fund operating expenses and growth capital. As of 31 July 2022, the Company had an outstanding balance of $6.72 million under the BTC-backed loan, a significant reduction from the maximum outstanding balance of $50 million in Q2 2022.

During the month of July, Argo's electricity costs at its Helios facility in Texas continued to be higher than previously anticipated. Electricity costs have increased around the world, largely due to higher natural gas prices stemming from the war in Ukraine, as well as increased demand for electric-powered air conditioning during an unusually hot and dry summer. The Company currently has a power purchase agreement (PPA) whereby it pays index power prices, and is evaluating options for a long-term, fixed price PPA to sign in the near future. Until then, the Company will continue to closely monitor real-time and projected prices and adjust its operations to avoid instances of high electricity prices.

In the middle of July, ERCOT issued a conservation alert urging all residential, commercial and industrial electricity users to reduce electricity consumption during specific afternoon hours when electricity demand would be at its highest. Argo, along with most large-scale Bitcoin miners in Texas, proactively shut down operations and reduced usage by over 1,000 MW, thereby reducing strain on the grid during peak demand. In extraordinary circumstances like that, Argo believes that electricity should be prioritised for uses that ensure the health and safety of the public and is proud to be able to reduce its operations in order to contribute to grid stability.

During the month of July, the Company completed its machine swap of the approximately 10,000 S19s which were hosted with Core Scientific, finalising its strategic pivot to a self-hosted business model. In owning and operating its own infrastructure, the Company expects to generate better performance from its mining machines and have greater control of operations, including operational expenses.

As part of the process of transferring its mining operations out of third party facilities and into its own data centres, Argo conducted a comprehensive review of its entire mining fleet, with a focus on its S17 and T17 miners (collectively, the "17 series machines"). There have been reports of high failures among the 17 series machines within the crypto mining sector and the Company has experienced similar results within its own fleet. After carrying out a review and audit of this portion of its fleet, the Company has determined that approximately 460 PH/s of its 17 series machines are not operational and are not suitable for repair. Despite the operational challenges of the 17 series machines, they have been profitable for the Company, generating a total ROI in excess of 260% in aggregate to date.

"We would like to thank Core Scientific for acting as an invaluable and reliable business partner in this transition period which represents a crucial step for Argo's future development. The completion of the S19 machines swap marks a further consolidation of our infrastructure, allowing us to retain further control of our operations and adjust them in accordance with our needs at any given time." said Peter Wall, Argo's CEO. "While there have been some challenges in operating the 17 series machines, we are pleased with the ROI we have achieved on this portion of our mining infrastructure."

On 27 June 2022, the Company granted an aggregate 250,000 options over ordinary shares of the Company to recently hired employees.

Bitcoin and Bitcoin Equivalent Mining Margin is a financial measure not defined by IFRS. We believe Bitcoin and Bitcoin Equivalent Mining Margin has limitations as an analytical tool. In particular, Bitcoin and Bitcoin Equivalent Mining Margin excludes the depreciation of mining equipment and so does not reflect the full cost of our mining operations, and it also excludes the effects of fluctuations in the value of digital currencies and realised losses on the sale of digital assets, which affect our IFRS gross profit. This measure should not be considered as an alternative to gross margin determined in accordance with IFRS, or other IFRS measures. This measure is not necessarily comparable to similarly titled measures used by other companies. As a result, you should not consider this measure in isolation from, or as a substitute analysis for, our gross margin as determined in accordance with IFRS.

The following table shows a reconciliation of gross margin to Bitcoin and Bitcoin Equivalent Mining Margin, the most directly comparable IFRS measure, for the months of June 2022 and July 2022.

(1) Due to a change in estimation technique of the machine depreciation and as a result of the Core swap the depreciation has fallen from June 2022 to July 2022.

* Dollar values translated from pound sterling into U.S. dollars using the noon buying rate of the Federal Reserve Bank of New York as at the applicable dates

Inside Information and Forward-Looking Statements

be indicative of results in subsequent periods. These forward-looking statements speak only as of the date of this announcement. Subject to any obligations under the Prospectus Regulation Rules, the Market Abuse Regulation, the Listing Rules and the Disclosure and Transparency Rules and except as required by the FCA, the London Stock Exchange, the City Code or applicable law and regulations, the Company undertakes no obligation publicly to update or review any forward-looking statement, whether as a result of new information, future developments or otherwise. For a more complete discussion of factors that could cause our actual results to differ from those described in this announcement, please refer to the filings that Company makes from time to time with the United States Securities and Exchange Commission and the United Kingdom Financial Conduct Authority, including the section entitled "Risk Factors" in the Company's Registration Statement on Form F-1.

Argo Blockchain plc is a dual-listed (LSE: ARB; NASDAQ: ARBK) blockchain technology company focused on large-scale cryptocurrency mining. With its flagship mining facility in Texas, and offices in the US, Canada, and the UK, Argo's global, sustainable operations are predominantly powered by renewable energy. In 2021, Argo became the first climate positive cryptocurrency mining company, and a signatory to the Crypto Climate Accord. Argo also participates in several Web 3.0, DeFi and GameFi projects through its Argo Labs division, further contributing to its business operations, as well as the development of the cryptocurrency markets. For more information, visit www.argoblockchain.com . 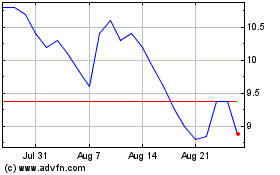 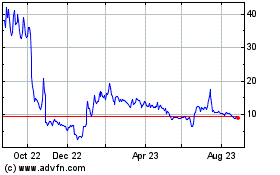 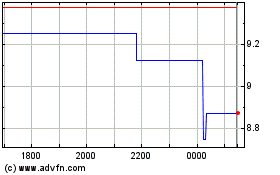