The board of Quantum Blockchain Technologies (AIM: QBT) is pleased to update shareholders on the current progress of its Bitcoin mining R&D activities.

The Company’s multi-technology approach to develop the fastest Bitcoin (“BTC”) miner in the market, is moving rapidly ahead. The board and its R&D Team are extremely pleased with the results achieved to date and the Company intends to put them into practical use as soon as possible. In the meantime, QBT is securing its Intellectual Property (“IP”) assets, by filing a number of new patent applications for each new research result obtained.

The Quantum Computing R&D Team has now developed a quantum version of a BTC mining algorithm, based on Quantum Bit (“qubit”) based quantum computation, using quantum logic gates. Testing of the quantum programme will begin shortly on a quantum computer, following the signing last week of an NDA with a major US technology manufacturer.

The new qubit based algorithm is significant enough to encourage the Company to file a patent application to protect this BTC mining development, which will be lodged shortly.

Following six months of testing on the D-Wave quantum computer, which is based on adiabatic quantum annealing computation (“quantum annealing”) (i.e., not using qubits / quantum logic gates), the Company completed the analysis phase in December 2021, acquiring all of the necessary information. Testing has been suspended on this type of quantum computer. Most of the work conducted for programming the adiabatic quantum annealing based computer, has been, however, very relevant for the Quantum Computing R&D Team, and has resulted in an innovative reformulation of SHA-256 (the core BTC mining algorithm) as an optimisation problem.

The combined use of the quantum optimisation algorithm and the ASIC miner, which is currently under development by the Company, is expected to increase the hashing speed, compared to the best ASIC miners announced by competitors. Tests are ongoing to confirm these initial experimental indications.

A patent application relating to the optimisation conversion of the BTC mining algorithm and its integration with an ASIC based miner, will be filed as soon as practical.

The Company is pleased to announce that it has appointed an international expert in the field of Machine Learning to its AI Research Team. The expert is the former head of the Neural Networks Research Laboratory of the Department of Computer Science of the University of Milan.

The use of AI techniques (mainly Machine Learning) to speed up the successful mining of BTC, has been studied by the R&D Team. As part of the testing process, these techniques have been partially applied across different levels of the entire BTC mining process. As soon as quantitative results are available the Company will build prototype “solo” BTC miners (i.e., not in pool mining), using existing or separate Computer Processing Units (“CPU”), Graphics Processing Units (“GPU") and FPGA cores.

A patent application on the specific AI techniques developed, will be filed as soon as practical.

Drafting of the technical document for the Company’s second patent application is now complete and implementation on an FPGA is nearly finished. Results of the overall performance achieved by the combination of the optimisations from the first and the second patent will be obtained for the final FPGA code shortly. The Company plans to conduct tests using the new optimisations within an ASIC development environment, to provide more accurate measurements with respect to energy consumption and mining speed, on a 5nm ASIC, which is the Company’s ultimate goal.

The Company is working with two independent partners to conduct verification tests on the final performance of QBT’s prototype ASIC. Their role is also to advise on how best to achieve efficiencies in coding, in order to best exploit the specific manufacturing technologies of individual silicon fabricators, when it comes to manufacturing of the prototype chips.

Quantitative performance data will be available within a few weeks.

The Company’s IT infrastructure is now fully operational. Solo mining activities, created to test AI accelerated miners, running on CPU, GPU and FPGA are currently being finalised. The Company will provide the results of these tests once testing has been completed.

Francesco Gardin, CEO and Executive Chairman of QBT, commented: “We have made impressive progress on all our core R&D areas, and we will now start field testing our optimisations of BTC mining in the next few weeks.

“We are also conducting internal and independent performance measures to help us assess mining speed and energy consumption within the ASIC line of research, which is now at the simulation stage. Based on data we have recorded to date, we expect to see a higher performance than originally estimated; this is mainly due to the optimisations which will be included in the second patent application, based on the work of our cryptography expert and the coding techniques implemented by our FPGA/ASIC Design Team.

“All of the results will be verified before any cooling techniques are implemented which, if applied, could allow for a further increase in speed.”

QBT (AIM: QBT) is an AIM listed investment company which has recently realigned its strategic focus to technology related investments, with special regard to Quantum computing, Blockchain, Cryptocurrencies and AI sectors. The Company has commenced an aggressive R&D and investment programme in the dynamic world of Blockchain Technology, which includes cryptocurrency mining and other advanced blockchain applications.

CPU: The central processing unit (CPU) is the unit which performs most of the processing inside a computer. It processes all instructions received by software running on the PC and by other hardware components and acts as a powerful calculator.

GPU: A graphics processing unit (GPU) is a computer chip that renders graphics and images by performing rapid mathematical calculations.

Nanometer: A nanometer is a unit of measurement that is equivalent to one billionth of a meter. It is widely used as a scale for building tiny, complex, and atomic-scale computing and electronic components, such as ASIC chips.

Pool Mining: As part of bitcoin mining, mining “pools” are a network of miners that work together to mine a block, then split the block reward among the pool miners. Mining pools are a good way for miners to combine their resources to increase the probability of mining a block, and also contribute to the overall health and decentralization of the bitcoin network.

SHA-256: Secure Hashing Algorithm (SHA)-256 is the hash function and mining algorithm of the Bitcoin protocol, referring to the cryptographic hash function that outputs a 256 bits long value.

Quantum Annealing (QA):  which also includes adiabatic quantum computation, is a quantum computing method used to find the optimal solution of problems involving a large number of solutions, by taking advantage of properties specific to quantum physics like quantum tunnelling, entanglement and superposition.

Qubit: A classical bit can be in two states, it can be either zero or it can be one. A quantum bit or qubit, however, can be in a sort of zero state and in a one state at the same time. This situation is called a superposition of (quantum) states. Qubits have some very particular properties: for instance, it is not possible to make copies of qubits. 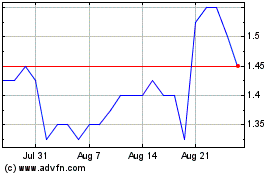 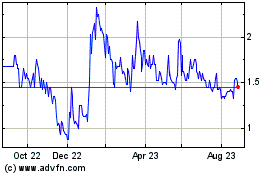 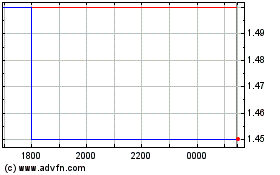