Click on or paste the following link into your website browser to view the associated PDF document (including maps and images):

Alba Mineral Resources plc (AIM: ALBA) i s pleased to note the announcement today by its portfolio company, GreenRoc Mining plc ("GreenRoc") (AIM: GROC), in which Alba holds a 54% interest. This has confirmed and extended the s ubstantial zones of mineralisation at GreenRoc's Kalaaq Deposit, located on the Greenlandic mainland and due south of its 100% owned Amitsoq Graphite Project, which is one of the highest-grade graphite projects globally.

"We are very pleased to see the progress which has been made at the Kalaaq Deposit this summer. The Amitsoq Project is blessed by having not one, but two, high-grade graphite deposits, one on Amitsoq Island and the other, Kalaaq, on the mainland section of GreenRoc's licence. With the Amitsoq Island deposit, site of the former graphite mine, having been drilled this summer, the advances made at Kalaaq this year provide significant impetus to a maiden drilling programme being undertaken there also in the near future."

The announcement by GreenRoc is set out below without material changes:

GreenRoc Mining plc (AIM: GROC), the AIM-quoted company developing mining projects in Greenland in critical minerals, is pleased to provide results from the field programme at the Kalaaq Deposit, part of the Amitsoq Graphite Project, undertaken between July and August 2021.

-- Substantial zones of mineralisation confirmed and extended at the Kalaaq Deposit, located on the Greenlandic mainland and due south of the Company's 100% owned Amitsoq Graphite Project, one of the highest-grade graphite projects globally.

-- New zones of mineralisation have been discovered, and greater confidence in the continuity of the previously identified zones achieved through channel sampling, grab sampling and beep mat surveys.

-- The projection of the Upper Graphite Zone (UGZ) that was identified in 2017 has been extended 360m to the south and is open along strike.

-- The Lower Graphite Bed has been extended 300m along strike to the north where values of up to 33.1 C(g)% have been recorded.

-- The newly discovered Niels Hede Pedersen (NHP) Zone has now extended the identified graphite mineralisation of the BLZ Zone a further 1.3km and again is open on strike.

-- A potential new area, termed the New Domain Zone (NDZ), with a grab sample grade of 32.1 C(g)%, has been identified 1km to the south-east of the current Exploration Target Boundary and a further 540m along strike from the graphite horizon mapped during the 2017 campaign. This sample indicates the potential for an additional mineralised graphite zone outside the primary target zones on the western side of the Kalaaq Deposit.

GreenRoc's CEO, Kirk Adams, commented: "This summer's campaign at the Kalaaq Deposit has been highly successful in extending the strike lengths of the known mineralised zones, discovering new zones of mineralisation, and identifying high grade samples outside of the Exploration Target area. The assay values from the sampling programme range from 17.43 to 33.1 C(g)% and this confirms our faith that this is an extensive high-grade graphite area.

"The extensions we have identified outside the current Exploration Target area, which was based on the 2017 geological mapping and sampling programme, are particularly exciting as they indicate significant additional potential. This field campaign gives GreenRoc the platform to design a drilling programme which will target the identification of the third dimension of the mineralised zones that have been now brought into focus by this year's fieldwork."

During July and August 2021 field exploration was conducted at the Kalaaq Graphite Deposit ("Kalaaq") to sample mapped graphite horizons that had been identified in previous field campaigns, and to explore the wider area for new discoveries.

Mechanical saw channel sampling was undertaken using a water-cooled Stihl TS 350 with a 350mm (12") diamond blade. The process of sampling involved marking of the mapped occurrence and then making two parallel cuts, with a spacing of approximately 5cm and a depth of 5-10cm, thereby creating a channel sample approximately equally in size to NQ drill core.

Table 1. 2021 results of channel sampling and grab sampling at the Kalaaq Deposit.

The graphite content of the BLZ reaffirms the high-grade nature of the ore at the Kalaaq Discovery, with assays returning the following results:

Further south, the BLZ layer is gradually covered by thick moraine. The 7-metre wide Lower Graphite Bed (LGB) situated 300 m to the south, which was discovered during the 2017 campaign, is interpreted as the likely continuation of this zone.

The UGZ was discovered during the 2017 campaign but not sampled at that time. Sampling during the 2021 campaign revealed a 4-metre wide (approx. true thickness) graphite horizon which graded 24.30 C(g)%.

The UGZ Continuation has been discovered 360m south along strike during this year's systematic beep mat survey. A 5-metre wide (approx. true thickness) graphite horizon was uncovered and sampled, which graded 23.15 C(g)%.

The NHP Zone is a new discovery which extends the graphite mineralisation for a strike distance of 1.3km southwards from the BLZ and thus expands the previously reported exploration target zone.

The NHP Zone is exposed over an area 50m wide and 200m long. However, the zone was discovered on the last day of the field work and therefore only the uppermost four metres of the zone have been trenched and sampled. The 4-metre horizon graded 17.43 C(g)%.

The NHP Zone is a primary target for further trenching and channel sampling during the 2022 field season.

A grab sample grading 32.1 C(g)% was taken 1km south-east of the Exploration Target Boundary and 540m along strike from a mapped graphite horizon from the 2017 campaign. This sample indicates the potential for an additional mineralised graphite zone outside the primary target zones on the western side of the Kalaaq Deposit.

The following work is under consideration for the 2022 field season at Kalaaq:

Airborne Electromagnetic (EM) and Radiometric Survey . An EM survey is a very effective exploration technique due to graphite being a highly conductive material. A radiometric survey will be used to target the different radiometric signatures in the graphite horizons relative to the paragneiss host rock.

Drilling of the primary target zones . The drill collar locations set out after the 2017 campaign will be repositioned based on these newly acquired 2021 results.

Trenching and Sampling . Further on-the-ground exploration will be conducted at the NHP Zone and New Domain Zone. This will again incorporate the use of a beep mat for ground-based electromagnetic (EM) surveying, with a view to linking these zones to the current Primary Target Zones.

Radiometric survey: a geophysical survey method that detects and map gamma rays. Airborne gamma-ray spectrometry or radiometric surveying for mineral exploration measures the gamma-rays that are emitted from naturally occurring radioactive isotopes that are found in rocks and soils near the surface.

Overburden: material that lies above an area of mineralisation .

Mark Austin has sufficient experience that is relevant to the style of mineralisation and type of deposit under consideration and to the activity being undertaken to qualify as a Competent Person as defined in the 2012 Edition of the 'Australasian Code for Reporting of Exploration targets, Exploration Results, Mineral Resources and Ore Reserves', also known as the JORC Code. The JORC code is a national reporting organisation that is aligned with CRIRSCO. Mr Austin consents to the inclusion in the announcement of the matters based on his information in the form and context in which they appear.

This announcement contains inside information for the purposes of the UK Market Abuse Regulation and the Directors of the Company are responsible for the release of this announcement.

Without prejudice to the generality of the foregoing, uncertainties also exist in connection with the ongoing Coronavirus (COVID-19) pandemic which may result in further lockdown measures and restrictions being imposed by Governments and other competent regulatory bodies and agencies from time to time in response to the pandemic, which measures and restrictions may prevent or inhibit the Company from executing its work activities according to the timelines set out in this announcement or indeed from executing its work activities at all. The Coronavirus (COVID-19) pandemic may also affect the Company's ability to execute its work activities due to personnel and contractors testing positive for COVID-19 or otherwise being required to self-isolate from time to time.

Actual results achieved may vary from the information provided herein as a result of numerous known and unknown risks and uncertainties and other factors. 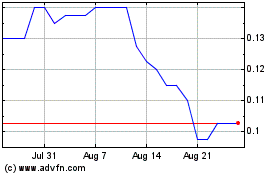 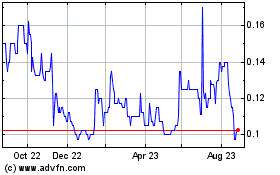 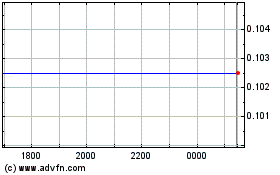