This announcement contains inside information for the purposes of Article 7 of the Market Abuse Regulation (EU) 596/2014 as it forms part of UK domestic law by virtue of the European Union (Withdrawal) Act 2018 ("MAR"), and is disclosed in accordance with the company's obligations under Article 17 of MAR.

Access Intelligence (AIM: ACC), the technology innovator delivering Software-as-a-Service (SaaS) solutions for the global marketing and communications industries, is pleased to announce an update on trading for the six months ended 31 May 2022.

The Group has made good progress in the period with a robust performance in the core business and continued progress being made on the integration of Isentia:

-- The Board anticipates total revenue for the period to be not less than GBP32.7m, a year-on-year increase of over 195%. Excluding the acquisition of Isentia, revenue grew by 16%;

-- The Group's Annual Recurring Revenue(1) ("ARR") was GBP59.6m at the period end, delivering ARR growth of GBP0.7m in the six months;

-- Adjusted EBITDA is anticipated to be not less than GBP0.2m for the period, in line with the Board's expectations; and

-- Cash at 31 May 2022 was at least GBP9.2m, ahead of Board expectations due to better than anticipated working capital management.

The business continues to expand well in North America with an encouraging pipeline and, as a result, the Board expects ARR growth in the region to accelerate during the second half of the year as the pipeline converts.

The integration of Isentia continues to progress well. The Group launched Pulsar into the Australia and New Zealand ("ANZ") market in the period and the Board is pleased by the customer engagement with the expanded global product offering. ARR in the ANZ region remains broadly stable, with a minimal reduction in ARR (2.4%) in the region post-acquisition.

As described previously, South East Asia ("SEA") has experienced a period of on-going socio-economic challenges. The focus of the Group is on ensuring it can optimise the opportunity in the region within the context of the economic climate and further analysis continues. Given the backdrop in SEA, ARR in the APAC region at the period end was GBP31.5m, a decline of GBP0.5m. This remains a marked improvement to the performance from the region pre-acquisition where the rate of decline was significantly higher and reflects the Company's focus on winning long-term recurring revenue contracts.

"The first half of the year has seen the Group trade in line with expectations. We have delivered strong growth in the core business with a good performance being delivered by the Group's EMEA and North America region including a significant number of blue-chip customers won in the period. The launch of Pulsar in ANZ has been well received and we expect the integration of the Company's global product suite to support further progress in APAC with continued new customer wins.

The Company continues to make good progress on the integration of Isentia and has been assessing its current business operations to ensure that it can fully optimise its market positioning to capture the undoubted market opportunity. This includes a comprehensive analysis of the current market dynamics across its regional presence. The Board remains highly confident about realising the cost synergies identified at the time of the acquisition.

Overall, the Board is pleased with the progress being made by the Group and remains positive about the outlook."

(1) ARR is the annual recurring revenue generated from deployed contracts. The Group has decided to use ARR as its new KPI and is broadly equivalent to the previously disclosed metric of Annual Contract Value ("ACV") 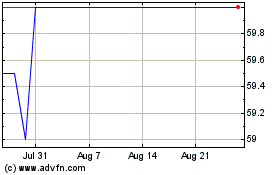 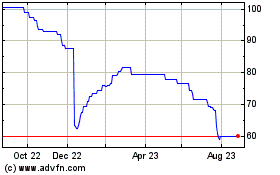 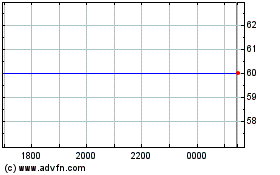