-- This milestone provides long-term stability for the Company to implement its strategic review, including its divestment programme and maintain on-going operations

-- These actions pertain only to the Group's holding company structure and do not impact the subsidiary banks, whose underlying performance remains strong

Atlas Mara Limited ("Atlas Mara" or the "Company," and including its subsidiaries, the "Group"), the sub-Saharan African financial services group, hereby provides an update on the outcome of its discussions with bilateral lenders and certain principal holders of the Group's convertible bonds.

The Company is pleased to announce that it has entered into a support and override agreement with a significant majority of its creditors in respect of the Company's and ABC Holdings Limited's ("ABCH") financing arrangements (the "Support and Override Agreement" or "restructuring agreement"). Creditors representing 88 per cent. of the aggregate amount of debt outstanding under the Company's direct and contingent financial liabilities agreed to enter the Support and Override Agreement. This includes over 60 per cent. of the principal holders of the Group's convertible bonds.

This high level of support from the creditors enables a long-term stable platform to allow the Company to complete its strategic review and divestments program. The restructuring agreement forbears or extends the repayment schedules of the debt of the Company and ABCH, providing additional time for value recovery amid the ongoing challenging macroeconomic environment. As mentioned in prior market announcements, due to impact of the on-going pandemic and macro challenges faced in the markets in which it operates, the Company embarked on the process that now culminates in the execution of this restructuring agreement.

-- the Participating Creditors with direct facilities with the Company have agreed to forbearances in respect of the maturities of their facilities to 30 September 2021, with the possibility of further extension;

-- the Participating Creditors with direct facilities with ABCH have agreed to waive the maturities of their facilities until 31 December 2022, with the possibility of further extension;

-- proceeds received in respect of the Group's on-going strategic divestments will be held by Wilmington Trust, acting as Global Agent, to support repayments of the Company's and ABCH's creditors in accordance with agreed "waterfall" arrangements;

-- Participating Creditors have agreed to either support, or not object to, the Company and ABCH proposing a restructuring procedure if required, including a UK restructuring plan, UK scheme of arrangement or a scheme of arrangement under Part IX of the British Virgin Islands Business Companies Act 2004, to ensure that all of the Company's financial creditors become bound by the terms of the Support and Override Agreement;

-- the Support and Override Agreement also requires the Company to consider taking steps to cancel the listing and admission to trading on the London Stock Exchange of the Company's shares in order to reduce costs and administrative burden since the listing does not generate sufficient benefit to the Company, and in the context of the on-going strategic review. The Company will update the market regarding any such delisting and the steps required in order to implement it or other strategic options; and

-- the Support and Override Agreement will terminate either automatically, or upon notice from certain Participating Creditors, if specific criteria are not met, such as divestment milestones or any successful liquidation applications.

In parallel, the Company continues discussions with certain creditors with smaller claims and who are not currently party to the Support and Override Agreement. Further, the Company is robustly contesting TLG's liquidation application, which the Company believes is without merit and not in the best interests of the Company's creditors nor TLG itself. As demonstrated by the Support and Override Agreement, the Company continues to have support from a significant majority of its creditors and intends to continue working towards the successful implementation of its restructuring and divestiture programme in order to maximise value for the benefit of its creditors as a whole, and other stakeholders, and as previously announced, recognizing that there is a risk of insufficient value for shareholders if the Company is unable to do so.

As previously updated, these actions pertain only to the Group's holding company structure and do not impact the subsidiary banks, which operations continue in the ordinary course. The Company will update the market with any further material developments in respect of the strategic review including the on-going divestments, the TLG application, and the Support and Override Agreement. 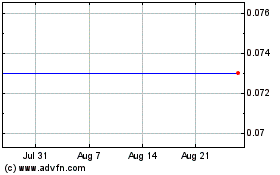 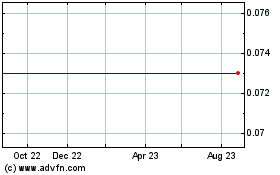 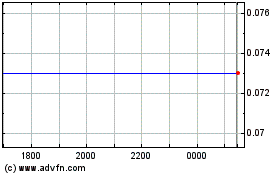